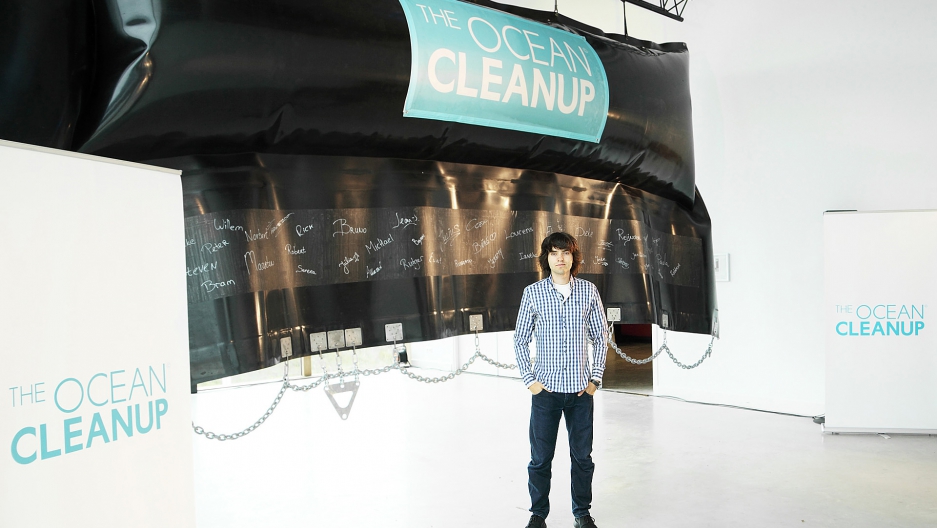 Boyan Slat, CEO of The Ocean Cleanup, stands before a prototype of his project in June 2016.

Plastics, litter and all sorts of debris have polluted our waters for years. While prevention is key, ocean cleanup also presents a daunting task.

One young ocean lover is confronting this challenge head on.

At just 22, Boyan Slat has created a barrier system that's designed to collect and remove trash from the Pacific Ocean without disrupting marine life. A Dutch inventor and entrepreneur, Slat is the founder and CEO of The Ocean Cleanup, a foundation dedicated to developing advanced technologies to rid the oceans of pollution.

When he was 16, Slat came up with the ambitious idea to clean up the oceans while he was diving in Greece and came across more plastic bags than fish. In the years since that dive he's dedicated countless hours to the project. 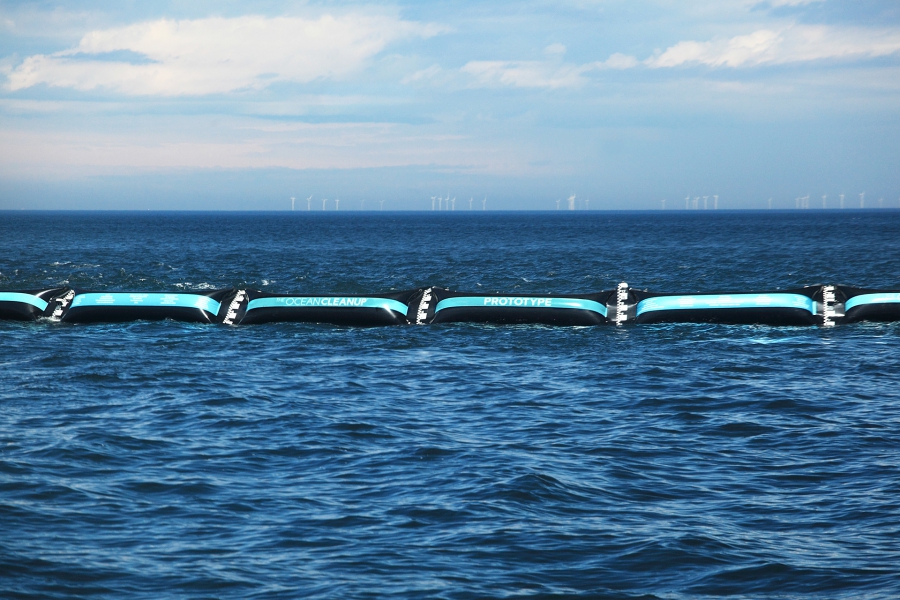 If all goes as planned, Slat and his team hope to collect almost half of the remnants in the Great Pacific Garbage Patch, which stretches across waters from the US West Coast to Japan. That's more than 150 million pounds of trash in just 10 years. Slat is currently testing his prototype the North Sea, and plans to roll out the final system within the next few years.

“It’s sort of like a long floating curtain, which is about five feet above the water and five feet below the water,” he says. “It acts like an artificial coastline where there is no coastline. Ocean currents in the area, they rotate, so it doesn’t stay in one spot," he says. "We are basically making use of that movement to let the plastic hit the barrier, and because the barrier is in a ‘V’ shape, the plastic gets pushed towards the center.”

From that middle of the barrier, the plastic is collected and hauled to shore for recycling.

The Ocean Cleanup prototype doesn’t use any nets. Instead, the organization employs non-permeable screens to collect trash and plastics, something that helps protect marine life.

“We actually have a prototype of our system here off the coast of the Netherlands right now, and there we didn’t observe any negative interaction between sea life and the structure," he says. "So we expect that won’t be a problem, though we will certainly continue to monitor it — the whole reason why we’re doing this is because we want to solve a problem.” 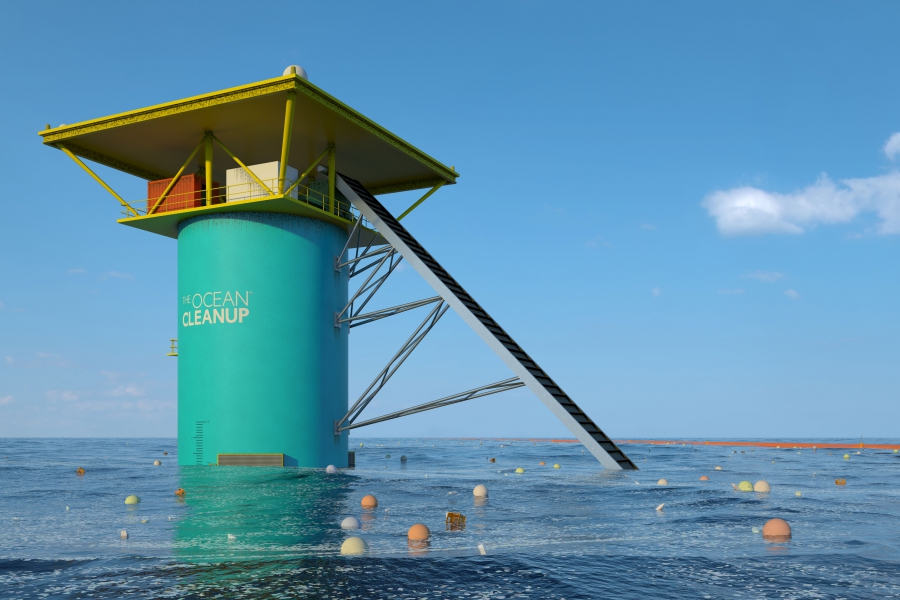 While some pieces of trash and plastic are too small to be extracted from the oceans, Slat says Ocean Cleanup models show that 98 percent of materials can be collected by the group’s system. He hopes the materials that are collected can be recycled and transformed into car bumpers or chairs — plastic items that have a low likelihood of winding up in the oceans once again.

“In the early days, a lot of the [ocean] impact we had as humans was sort of temporal and stuff would disappear by itself,” he says. “Plastic is unique in the sense that it doesn’t go away by itself, and as we now see, it becomes more harmful over time. And this is something we only started using on the large scale in the 1950s. The consumption grew exponentially, and it has this side effect, which is that millions of tons of plastic enter the oceans each year.”

Though some are skeptical of Slat’s plan, he’s hopeful he can make a difference.

“I really think the only way to show that it can be done is to go out there and try it,” he says.