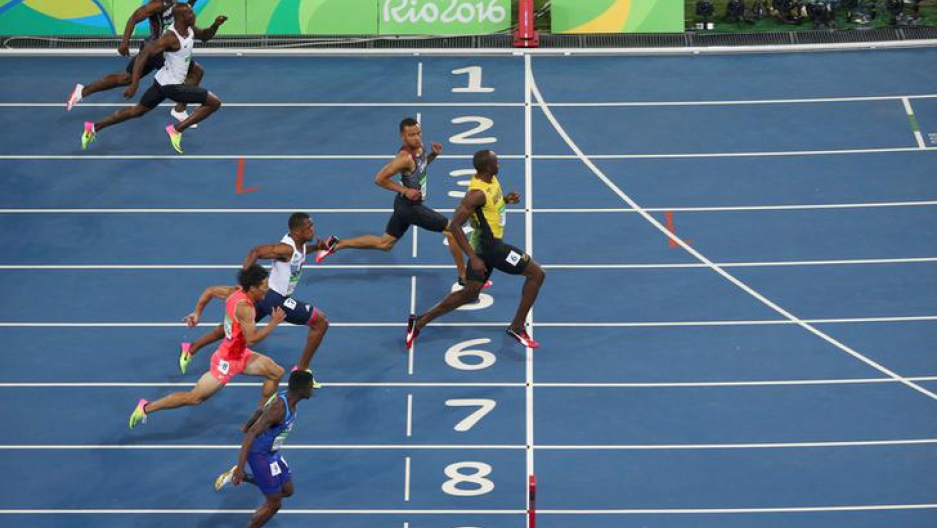 Jamaica has been collecting some impressive golds in track and field events at the Rio Games.

"With apologies to all you reggae fans, I think that Bolt has even outdistanced Marley, the way he outdistances the field," Costas declared. For his part, Bolt says he’s honored even by the comparison. So the question is this: Is Usain Bolt bigger than Bob Marley? The comparison has prompted a spirited discussion on social media.

“I would say no, right now,” says Jamaican journalist Zahra Burton, an avid track and field fan who’s based in Kingston.

“As a journalist looking on and knowing the magnitude of what Bob Marley has meant, not just from a musical standpoint, but from a political standpoint here in Jamaica, I would say no at this point. But you just never know. I mean, if Bolt can do sub-19 seconds as he’s hoping to do in the 200-meter race, will that happen? We don’t know, but it could be definitely debateable if that ever happens.”

Many have dismissed the comparison as crazy talk. Apples and oranges. One person on Twitter suggested that Costas probably also believes it’s “Quite possible that Katie Ledecky is bigger than The Beatles ever were.” Others suggested that comparisons between Usain Bolt and Bob Marley would only happen if they are the only two Jamaicans you’ve ever heard of.

“We are so proud of Usain Bolt. We are just so proud. It has just made our weekend, if not our whole year. I mean, when I was watching the finals I was just like 'OMG is he going to make it?' There was a blip there when I thought that American Justin Gatlin was going to make it and when he came up and ran across that finish line for the gold, I was ecstatic and so was everybody in Jamaica. ... It’s just a wonderful feeling.”

No doubt Bolt is a legend, says Burton. “You hear the commentators say it all the time. They don’t know if they will ever see this again in their lifetimes.”

And you can count on Burton watching her TV closely when Usain Bolt runs the 200 meter final on Thursday. “We keep watching. In Jamaica, this is what we do every Olympics. This is what we do.” 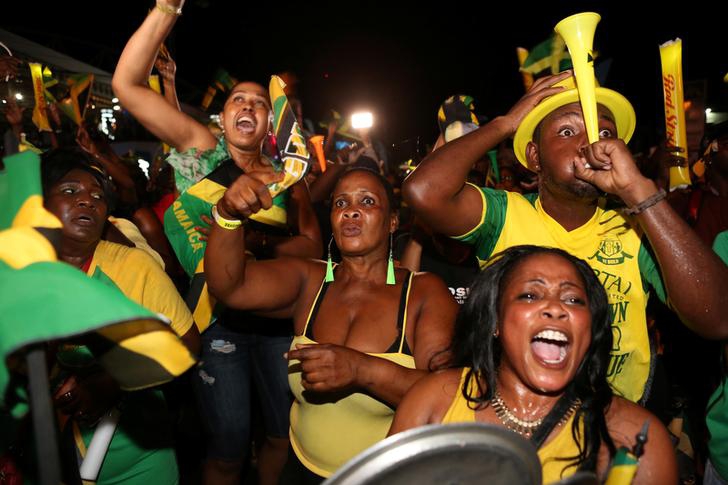 Fans cheer while watching a broadcast of Jamaica's Usain Bolt winning the men's 100 meters final and becoming the first man to win three successive Olympic titles on the track, in Kingston, Jamaica, August 14, 2016.