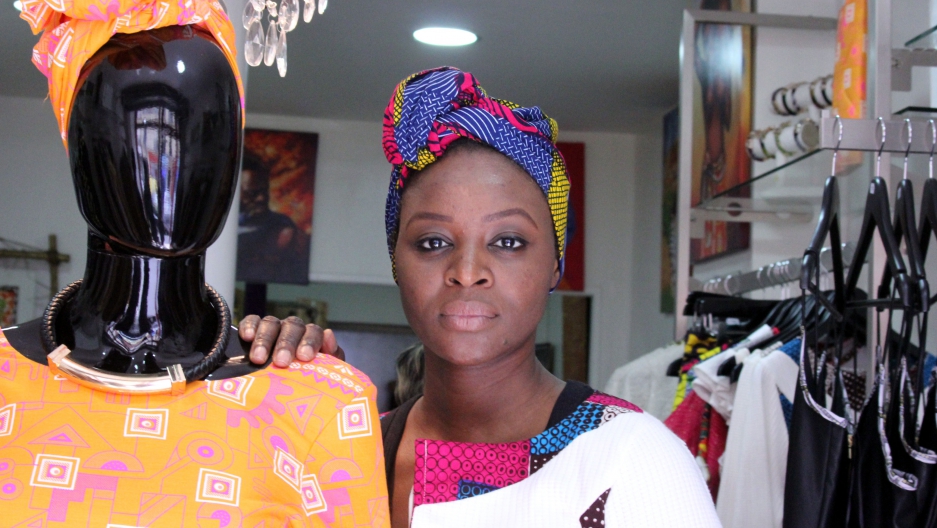 Khady Sy Savane in her boutique, Mia Dreams, in the Goutte D'Or section of Paris. Many of her designs incorporate African wax print fabrics with names like "your foot my foot."

The Paris neighborhood called la Goutte D’Or — or Gold Drop — has long been a gateway neighborhood for immigrants from France’s former colonies in North and West Africa. Best known for its stores and groceries with regional specialties spilling out onto the narrow sidewalks, this neighborhood is also home to a growing number of designers producing clothing that combines African styles with the latest Parisian tastes.

One of the eye-catching windows of the new boutiques that have sprung up in this neighborhood belongs to Khady Sy Savane. The founder of a small label called Mia Dreams grew up elsewhere in the Paris region, but she started coming to this neighborhood when she was a child to visit her father at his more traditional tailor shop here.

“We used to come from time to time on the weekends with my mother,” Sy Savane says, “and afterwards we still used to come have our clothes made in this neighborhood.”

Her own clothing and accessories now generally incorporate some of the same bright African prints into items that reflect the diversity of influences in Paris, like an elegant jacket in white tweed with silver thread, with accents in a colorful, abstract wax print that is inspired by Chanel.

“I’m inspired by the great French designers,” she notes. “I use some fabrics that belong to our culture, such as wax prints, with cuts that are a little more Western.”

Most contemporary wax print fabrics are manufactured in the Netherlands, but are associated with West Africa, where they’re widely worn by women. The brightly colored patterns may be abstract or include things like fish or even stiletto heel shoes and handbags.

Related: Not just beautiful: Infused with rich culture and history

Every design has a name. One with a footprint motif is called “your foot my foot.” A dress in Sy Savane’s window is made with a print called “my husband is capable.”

“They always have a story to tell,” she says of the patterns. “Wax in fact is really a cultural mirror where, through the fabric, we tell a story of the society in which we live today.”

Tailors still sew made-to-order clothing in Goutte d’Or like Sy Savane’s father did, but her business is one of a growing number here selling both custom-made and ready-to-wear clothing in new styles that reflect the changing tastes of second- and third-generation French and a wider Parisian audience. Sy Savane belongs to a collective of textile and other designers called Made in Goutte D’Or.

Her business is literally transnational. From early on, she had her designs manufactured at lower cost in Senegal and would bring the finished products back to France in her suitcase. She sold them to friends at small events in her apartment.

“There was no packaging,” Sy Savane recalls. “I gradually started to put my brand mark on the back. It was really an informal way of testing business to see if it had potential.”

Those early signs were promising. She moved to Dakar, Senegal’s capital, for a period in 2011, where she learned more about the manufacturing process. She still has all her clothing made in Dakar from the designs she crafts in Paris.

“Making my clothing there allowed me to participate in the economic development in Senegal,” she says.

But starting her own business in France wasn’t without challenges. She opened the boutique last October, the month before the terror attacks that rocked the city. For several weeks afterward, people stayed home and her business, like so many others in Paris, suffered. As things have recovered, she has also participated in pop-up shops and other efforts to drum up more business. 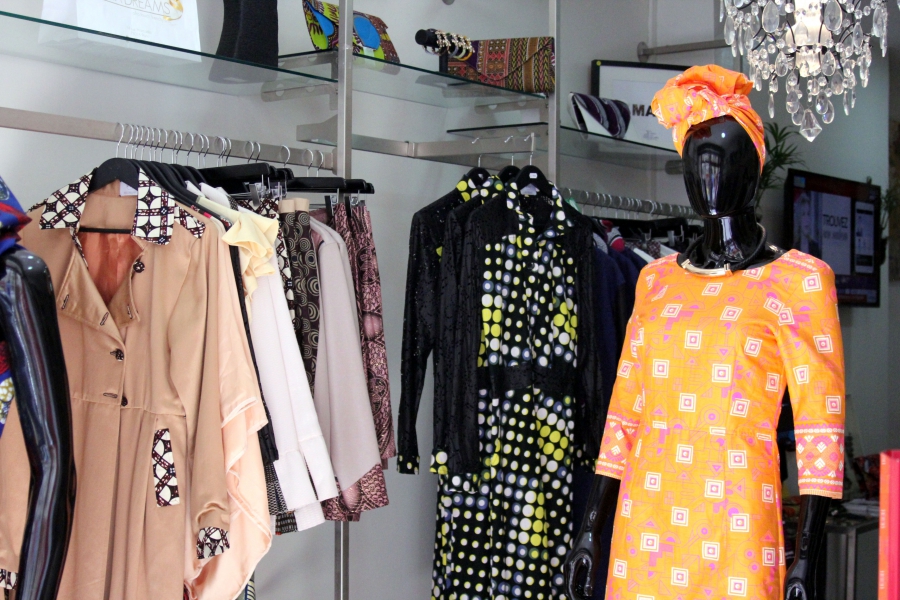 Khady Sy Savane started out by selling her designs to friends at small events in her apartment.

Sy Savane’s clientele is diverse — many are people with West African roots but a majority do not.

Parisians may be famous for wearing somber colors, but she's confident they’ve all “been waiting, really, to have some clothes made with African fabrics, but with this very modern, very elegant cut. And at the same time very simple.”