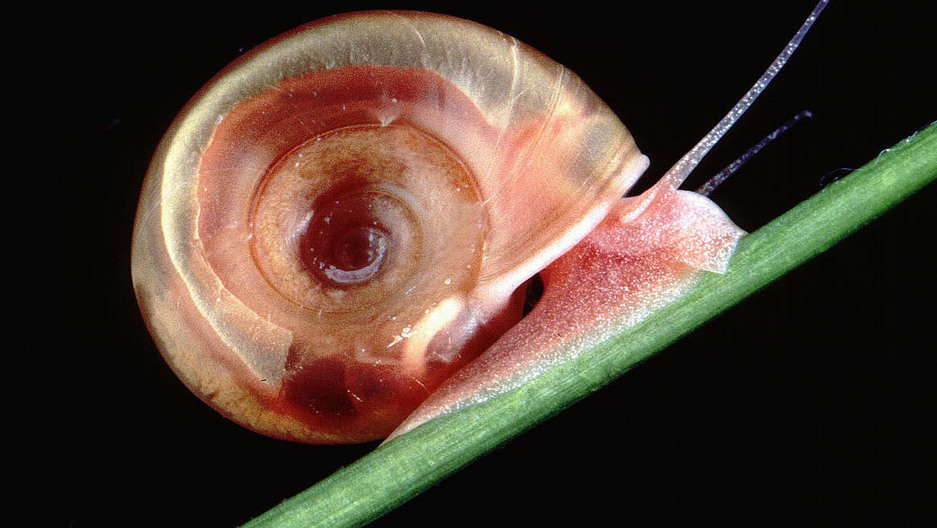 As far as the world’s deadliest creatures go, large predators like sharks and lions tend to get all the credit. But in fact, if we were to point to the animal kingdom’s most frequent killer, it’d actually be the mosquito.

Another creature belonging to the “small but deadly” category is the freshwater snail, which is responsible for more than 200,000 deaths a year — more deaths than sharks, lions and wolves combined.

“It's one of the world's most deadly parasites,” says Susanne Sokolow, a disease ecologist at Stanford University's Hopkins Marine Station.

“You do contract it from just wading, swimming, entering the water in any way, and the parasites basically exit the snails into the water and seek you. And they penetrate right through your skin, migrate through your body, end up in your blood vessels where they can live for many years even decades. It's not the worms that actually cause disease to people, it's the eggs. And those eggs have sharp barbs because they eventually need to make it back out of the human body and back into the water and find that there are snails that they need to complete their reproduction cycle. And so those eggs can lodge in different tissues and cause severe symptoms ranging from anemia and fatigue, all the way to various severe symptoms, even death in about 10 percent of chronic cases.”

In the 1970s, the drug praziquantel became an affordable option for combating schistosomiasis around the world, and countries abandoned alternative methods of “snail control” in favor of modern medical treatments.

But today, researchers are starting to rethink a drug-only approach to combating schistosomiasis. In a new study, researchers at Stanford University discovered that countries that used a creative ecological approach to snail control — such as introducing a predator to the environment—greatly reduced infection rates in those communities.

“One sort of creative avenue we're looking at now is reintroduction of snail predators,” Sokolow says. “It hasn't been used much in the past but in particular in an area in Senegal in West Africa we're working with a local nonprofit ... trying to investigate how the environment has changed by human activities and has driven away a predator — these native prawns — that you know are real voracious predators of the snails, and how we might bring them back through creative engineering — building ladders over dams so that prawns can access these sites that they're now eradicated from or even using aquaculture.”

Sokolow says other countries have also had success in reducing snail population using an integrated approach.

“Japan eliminated the disease in the late 1970s pretty much exclusively focusing on creative engineering solutions to reduce snail habitat,” Sokolow says. “The snails have not disappeared from Japan even today, but the parasite did because we addressed medical care for the people in combination with creative strategies to reduce the snails. It's that integrated strategy ... that has really worked.”

Some people worry about the environmental impact of reducing a snail population, but Sokolow says an integrated approach to the problem should lead to beneficial results.

“As a team of ecologists and epidemiologist and medical doctors, you know, we're looking at every angle,” Sokolow says.

“But we're talking about real human lives here. We're talking about a lot of suffering. In fact, the vast majority of people suffering from schistosomiasis is children — young children and young adults, and, you know, we have to balance all of those risks with the benefits. And here we're really talking about restoring a system, studying that system, finding those ecological levers, we like to call them, that have been pushed by human activity and pushing them back so that they're back in balance. And really, you know, all human activity has some risk, but I think if we do things well and do things smartly we can reap the benefits.”