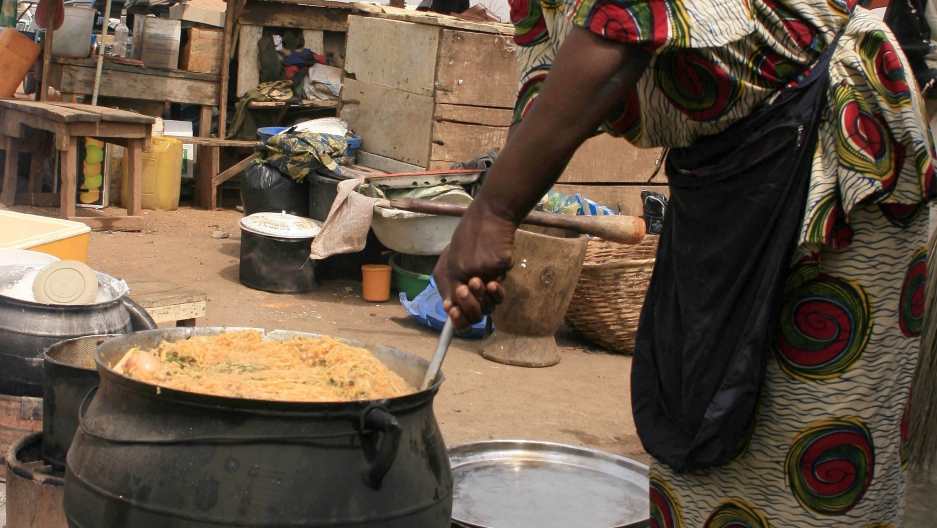 A food vendor prepares "jollof rice," a traditional meal usually made using chicken, in the northern city of Kano, January 23, 2007.

If you're not supposed to cry over spilled milk, should you fight over a rice dish?

Jollof rice is a spiced rice creation, made with tomatoes and other ingredients, that could literally start a fight in West Africa.

Almost every country in the region has its own signature style of preparation. And each claims to be the best.

Ghanaian rapper Sister Deborah even put that pride to verse.

Connoisseurs are going to try to settle this struggle once and for all this weekend at the African Food Festival in New York City, where there will be a Jollof cook-off (a Jollof-off?).

"The name Jollof is an ancient kingdom that's located in Senegal," says chef Pierre Thiam. "So Jollof rice is originally from Senegal and it has spread through West Africa over the centuries. And now you have a version of Jollof rice in so many different countries, from Liberia to Nigeria, Ghana and Sierra Leone." 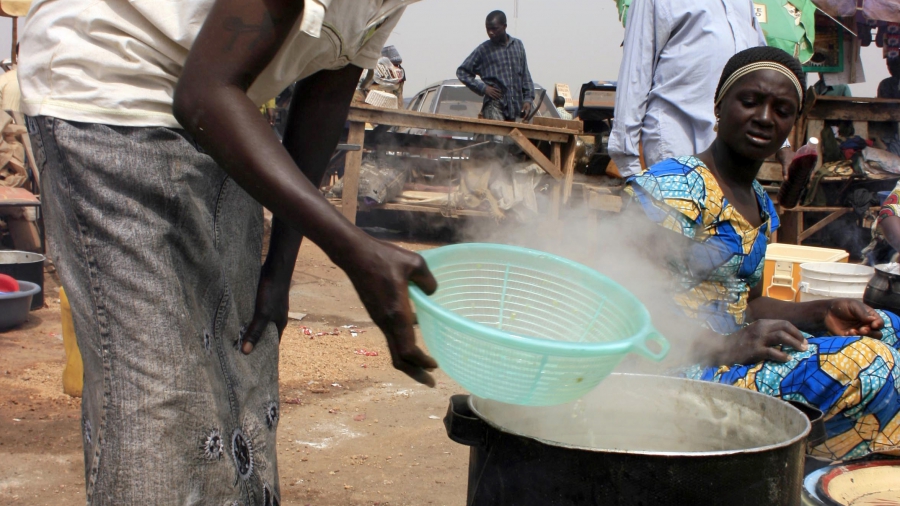 A food vendor prepares "jollof rice", a traditional meal usually made using chicken, in the northern city of Kano, January 23, 2007.

So how did making rice become so competitive? Thiam says it's because West African countries are super passionate about food.

That's also why he's skeptical the fights will stop, no matter who wins this weekend.

"I mean, Senegal has the right to claim the origin of Jollof rice, but I don't know if we have the best one," he says. "So I don't think this debate will be concluded tomorrow at the Jollof competition."