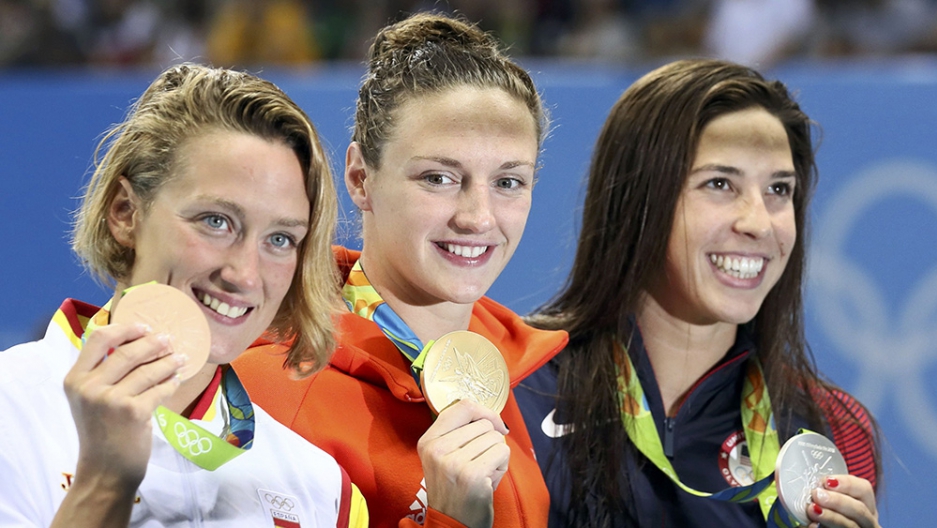 How to bring home more Olympic medals? Increase funds in sports training and programs, promote sports in your country, hire world-class coaches and even offer citizenship to foreign athletes.

What else? Elevate the status of women in your country.

We compared Olympic medals won by athletes from 98 countries with their nations' Gender Inequality Index (GII), and found a strong correlation between the two quantities — the more equality between genders, the more Olympics medals brought home.

The inequality index ranking is compiled by the United Nations Development Program in its annual Human Development Reports. The index gauges how well women are doing in a country compared to men by measuring women's reproductive health, economic status and social and political empowerment. It ranges from 0 (total equality between genders) to 1 (extreme inequality).

Using the latest data from the International Olympic Committee's Olympic Studies Centre, we compiled the medals won by each country from the five summer Olympic Games from Atlanta in 1996 to London in 2012. We limit the comparison to the Summer Olympics because many more countries are represented compared to the Winter Olympics.

Since introducing the GII in its 2010 Human Development Report, the UNDP has published another four years of GII — 2011, 2012, 2013 and 2014. To better reflect the gender inequality in each country, we used the average value of GII categories.

The first chart (below) produced in our research shows three quantities — the GII, the number of Olympic medals won by women and the gross domestic product of each country.

It is not surprising to find most countries with more than 50 women's medals were wealthier nations, with the US, China, Australia, Russia, Germany and the Netherlands leading the pack. The correlation between GII and the number of medals is not that clear.

What if we account for GDP, to allow both rich and less rich countries to compete on a more equalized level? We divided the number of medals a country won by the country's GDP and got the chart below.

This comparison is done on a per billion GDP basis. It is quite clear that countries with higher number of Olympic women's medals per billion GDP also have lower disparities between genders.

Two countries seriously buck the trend: Zimbabwe and Kenya. Both have a high number of women's medals per billion GDP, but performed poorly in terms of gender equality.

If we include the number of men's medals, the same trend remains — the smaller the gender gap in a country, the more Olympic medals.

Previous studies by academics that are more rigorous obtained the same results: A 2014 study from Grand Valley State University found that “a 10-point decrease in GII was associated with winning about one extra medal for men and 1.5 medals for women.”

“No matter how we conducted the analyses or what measures of success we used, women’s empowerment predicted Olympic success,” said Aaron Lowen, one of the researchers.

The researchers were surprised by the benefit of gender equality to male athletes' success, but could not pinpoint the reason.

“One idea is that societies that bring women into the workforce generate wealth in ways that are not captured with traditional wealth measures, such as gross domestic product. These societies may afford both men and women greater opportunities for recreational and personal pursuits, including elite athletic training and competition,” Lowen added.

Another 2014 study by the University of British Columbia using a different gender equality indicator — the 2013 Global Gender Gap Index compiled by the World Economic Forum — recorded the same results.

The study's lead author, Jennifer Berdahl, suggested that in societies with more gender stereotypes, “women are encouraged to be demure and men who are considered feminine are selected out early when it comes to sport.”

“When there’s more equality" she added, "performance rises to the surface as the prime indicator of who should advance to elite levels of athletics.”

On one measure, Olympics participation itself, equality is coming, however slowly. It was only in the 2012 Summer Games in London where women competed in every Olympics category. This year, 44 percent of the athletes in Rio are women.

What do you think of the studies? Let us know in our comments section. We'll update the analysis after the final medal count at the end of the Rio Games.

RELATED: The strong correlation between gender equity and a strong women's soccer team