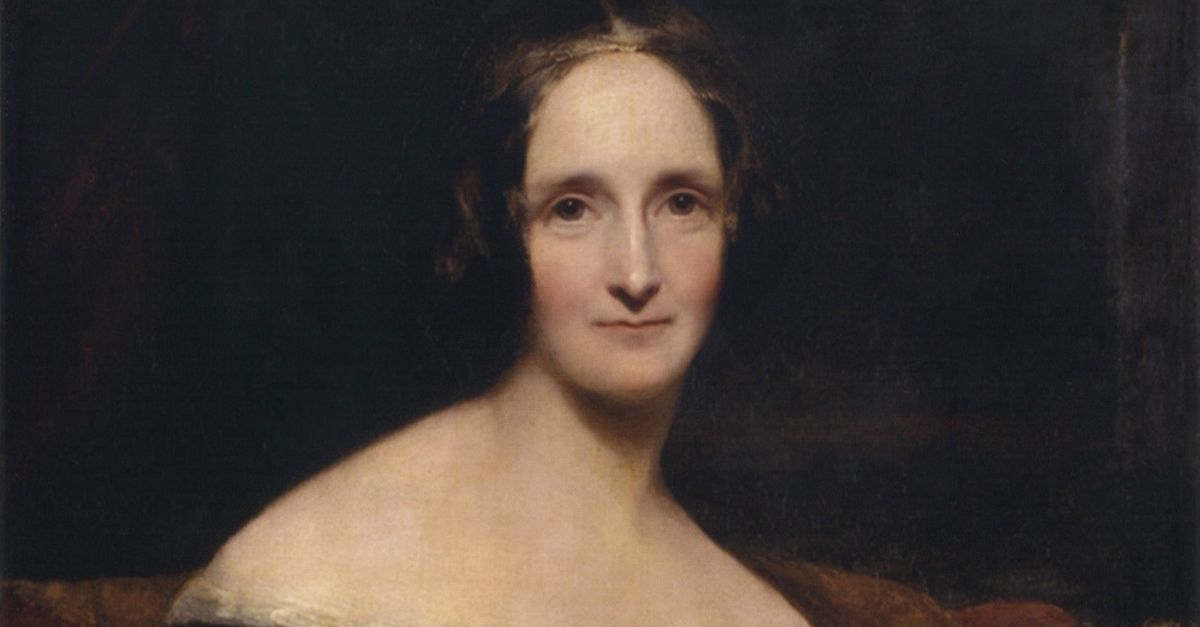 Usually we celebrate the year a work of art came out, so a bicentennial of Mary Shelley’s novel "Frankenstein: or the Modern Prometheus" should take place in 2018. But this summer, some literary scholars have been celebrating a different kind of bicentennial — the 200th anniversary of the night Mary Shelley began writing the novel.

That’s because the events of June 16, 1816, might offer us a glimpse into our future.

Mary Shelley was famous long before she wrote “Frankenstein” — or at least infamous. At the age of 17, she fell in love with the 22-year-old aristocratic poet Percy Bysshe Shelley. He was already married, so the two of them fled England to Paris, leaving Percy’s pregnant wife behind. It caused a huge scandal.

In France, they met up with Mary’s half-sister Claire, Lord Byron (Claire’s lover), and Byron’s personal physician. The group decided to spend the summer in a villa by Lake Geneva in Switzerland. Sounds nice, but the vacation turned sour quickly.

The press called it “The Year Without a Summer.” An enormous volcanic eruption in Indonesia filled the Earth’s atmosphere with ash and caused a global cooling effect that lingered for years. On Lake Geneva, "it rained and rained, and rained,” according to Charlotte Gordon, author of "Romantic Outlaws" a biography of Mary Shelley. “You can’t keep people like Byron and Shelley cooped up all day long — they get impatient, restless, up to no good,” Gordon says.

The group had been reading ghost stories, and Byron suggested they all try to write scary stories of their own. They each retreated to their rooms. Byron and Percy Shelley soon gave up on their efforts, but Mary Shelley started writing the first notes for “Frankenstein.”

Gillen D’Arcy Wood is the author of “Tambora: The Eruption that Changed the World.” When he reads “Frankenstein,” he sees a reflection of the crisis unfolding in Europe. The volcanic ash didn’t just cause stormy weather, it also dimmed the skies and destroyed crops.

“The numbers of peasants who abandoned their farms and took to roads were described as armies on the march, tens of thousands of people,” he says. “If we think about the Syrian refugee crisis today, that gives us some sort of image.” Wood views Frankenstein’s monster as an allegory for the displaced farmers.

“The monster is shunned, abandoned, and homeless. [He’s] a kind of refugee.”

You can hear a longer version of this story on the podcast Imaginary Worlds. This story was also aired on Studio 360.