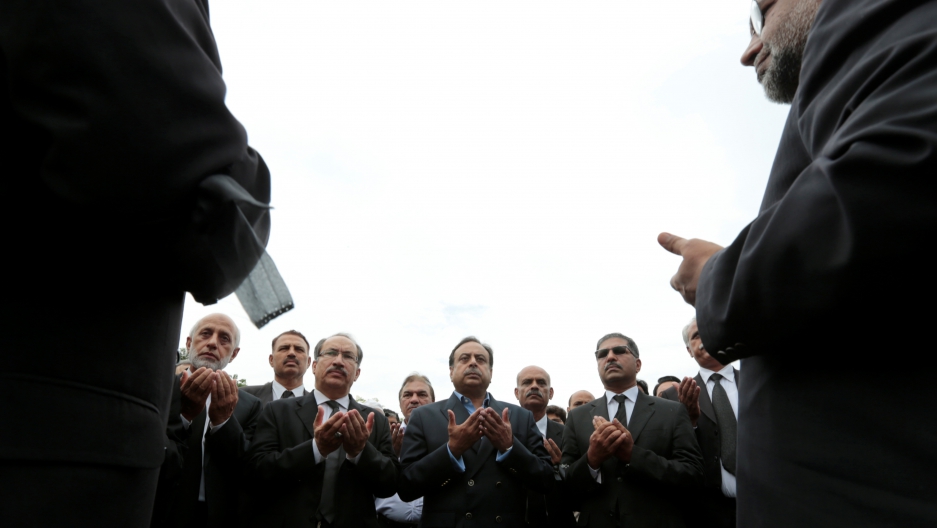 Lawyers say prayers for colleagues who were killed in the suicide bomb attack at a hospital in Quetta on Monday, after protesting against the attack, outside the Supreme Court in Islamabad, Pakistan August 9, 2016

The boycott came after a horrific suicide bombing that happened at a Quetta hospital on Monday that killed 72 people, many of whom were their colleagues.

Police stood guard Tuesday at the Civil Hospital, where the bomb tore through a crowd of some 200 lawyers who had gathered there the previous day to mourn the fatal shooting of Bilal Anwar Kasi, president of the Balochistan Bar Association.

Officials said Tuesday the death toll had increased to 72, with more than 100 injured.

Both the Pakistani Taliban and the Islamic State group have asserted responsibility for the attack, though neither claim has been verified by Pakistani authorities.

The ISIS claim, if true, would make it the group's deadliest attack so far in Pakistan, where it has struggled for purchase.

Scores of lawyers held rallies in major cities including Islamabad, Karachi and Quetta on Tuesday.

"It's very tragic. Our seniors who were our intellectuals have been killed and may God reward them in heaven," lawyer Ghulam Muhammad told AFP in Quetta.

Soldiers patrolled near-empty streets in the city, as most public transport shut down, with markets and schools closed in mourning.

In graveyards around the city tearful families laid their loved ones to rest beneath a scorching sun.

"What can I say about my brother? The whole city is gloomy over the loss of almost the entire leadership of the legal community," said Abdul Hameed, whose younger sibling Abdul Rasheed Khokhar was buried Tuesday.

In Islamabad and in Karachi, lawyers called for the authorities to protect civilians.

"This is not time only for weeping and crying and for lamenting, this is a time for practical steps," said Sheikh Asmuddin in the capital.

Pope Francis said he was "deeply saddened" by the attack, joining a chorus of international condemnation. 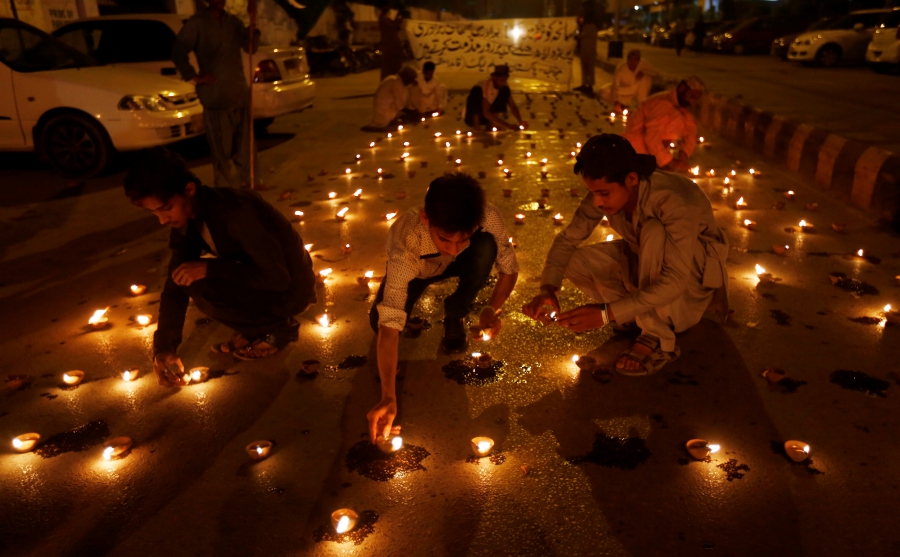 People light oil lamps to honour victims of the blast in Quetta during a vigil in Karachi, Pakistan August 9, 2016.
Credit:

The Pakistani Taliban faction that claimed the attack, Jamaat-ul-Ahrar (JuA), was formed in 2014. It also claimed responsibility for Pakistan's deadliest blast so far this year — the Lahore Easter bombing, which killed 75.

The US State Department last week designated JuA a terrorist group, calling it "a splinter group of the Tehreek-e-Taliban Pakistan (TTP)".

Hours after the JuA announcement the Islamic State group also claimed the attack in Quetta, the capital of Balochistan province.

The Middle Eastern jihadists have struggled in Pakistan due to competition from well established extremist groups such as the Taliban.

Attacks claimed by ISIS in Pakistan are rare, the most significant being a 2015 bus assault in Karachi that killed 47 people.

The group has made some inroads in Afghanistan, where it has carried out attacks in the east near the border with Pakistan in a tussle for supremacy with the Afghan Taliban.

Last month ISIS said it carried out twin suicide bombings that left 80 people dead in Kabul, the deadliest attack in the city since 2001.

But officials denied that was a turning point for the group, saying it is under heavy pressure in its eastern strongholds from US airstrikes and an Afghan ground offensive.

Senior analyst Rahimullah Yousafzai cast doubt on both claims to the Quetta bombing, saying there was little previous evidence of either JuA or ISIS being active in Balochistan province.

But he added that suicide bombers can strike anywhere, so "we cannot rule it out".

The claims may not be competing at all, he added, suggesting the possibility of a joint attack. "Nothing is concrete," he said.

The security situation in Balochistan is already murky and confused.

The province, which borders Iran and Afghanistan, has major oil and gas resources but is afflicted by Islamist militancy, sectarian violence and a separatist insurgency.

It is also the site of China's ambitious $46 billion infrastructure project linking its western province of Xinjiang to the Arabian Sea via Pakistan.

The project has been hit by numerous separatist attacks in the past but China has said it is confident the Pakistani military is in control.

The army has repeatedly been accused by international rights groups of abuses in Balochistan.