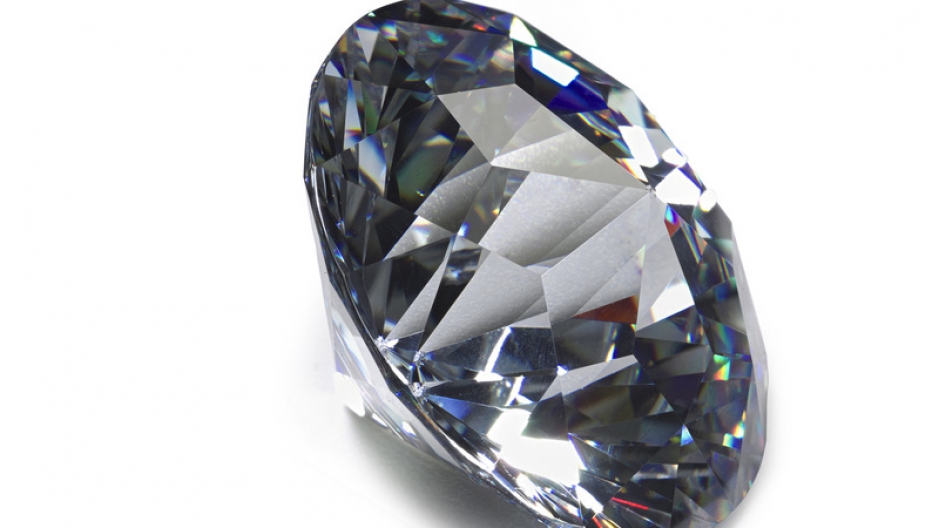 Companies like the Diamond Foundry can manufacture a high-quality diamond in about two weeks. It takes the Earth about a billion years to do it the traditional way.

Courtesy of the Diamond Foundry

Silicon Valley is a playground of sci-fi wonders: Driverless cars. Virtual reality arcades. The robots that will soon replace your dog.

I’m here to check out the latest: A diamond mine the size of a passenger van that can be controlled with an iPhone.

“This is our unit foundry, the prototype foundry for the future. It includes our growth reactors in which we hot-forge diamonds under the heat of plasma,” says Martin Roscheisen, the CEO and founder of the Diamond Foundry, the man-made diamond industry’s hottest new start-up.

And how long does it take to make a batch?

“About two weeks,” he says.

Compare that to the 1 billion-plus years for the Earth to produce a diamond, and you get why the traditional diamond industry is up in arms.

Ever since the 1950s, companies have been manufacturing diamonds in a lab. The technology mimics nature's geological forces, using massive pressure, high temperatures, or both, to turn some form of carbon — even just carbon gas — into one of the most expensive gems on Earth. But it’s only within the past several years that man-made diamonds have been able to match the top-quality stones coming out of the mines.

De Beers coined the phrase “A Diamond Is Forever” in 1947, redefining the diamond as the ultimate symbol of romance: timeless, rare and worth considerable financial pain. Today, companies like the Diamond Foundry want to convince consumers that a diamond is forever ... even if it was born yesterday.

Their pitch is based on ethics. The struggle to control Africa’s diamond market has fueled four civil wars, leaving millions dead, disfigured and displaced. It’s a human tragedy that became a cause celebre with the release of the 2006 movie "Blood Diamond."

Leonardo DiCaprio, who was nominated for an Oscar for his role in the film, is a prominent investor in the Diamond Foundry — along with 10 tech billionaires who believe technology will one day replace the world’s diamond mines and the environmental and human rights abuses that come with them.

So who wouldn’t be seduced by that kind of future?

“Leonardo DiCaprio is a rabbi taking ham sandwiches and telling everybody, ‘They're kosher!’ What he's doing is fundamentally, ethically wrong!” says Martin Rapaport, founder of the largest diamond-trading network in the world. Like most leaders in the industry, he sees “synthetics” as a threat, not a solution. Rapaport says buying a man-made diamond will do nothing to help impoverished diggers in Africa.

“The solution isn't to say, ‘Hey! You million and a half diggers and the 7 million people you're supporting, all of you go to hell. We're going to sell synthetic diamonds!’”

Rapaport says the solution is to say to diamond mining companies, we’ll pay you a premium if you stop using child labor.

Related: Footage shows diamond diggers in Angola being tortured with a machete

A skeptic might dismiss this as an old world industry just trying to protect its bottom line, but for Rapaport, at least, it’s personal. Seven years before the movie "Blood Diamond" hit the screens, he was touring amputee camps in Sierra Leone.

“Thousands of people. An arm. A leg. An arm and a leg. Little children. This person held out this little baby: ‘Tell them what happened to us.’ And you have to understand, my parents, they were in Auschwitz. And so I saw this and said, ‘What the hell is this? This cannot happen.’”

Rapaport has poured a lot of time and money into creating a fair trade system.

But a diamond’s journey involves a long, complicated and easily corruptible supply chain, and Rapaport admits a fair trade stone is still a long way off.

Africa’s diamond-producing nations themselves are also worried about the impact of techno-diamonds. Botswana receives 40 percent of its government revenue from diamonds. Two years ago, the Botswana Institute for Development Policy Analysis issued a report on the potential impact of man-made diamonds on the national economy, concluding that “the stakes could not be higher” when it comes to protecting the market for mined diamonds.

But when I asked Roscheisen whether the switch to man-made diamonds might end up hurting diamond diggers in countries like Botswana, he didn’t buy it.

“It's a little bit of twisted logic because that also would justify releasing the Mexican drug leaders out of jail. After all, they employ a lot of people.”

The march of technological progress, Roscheisen believes, is unstoppable. And with that, he excused himself: Federal Express had just arrived with a custom man-made diamond ring for his girlfriend — mined in California.