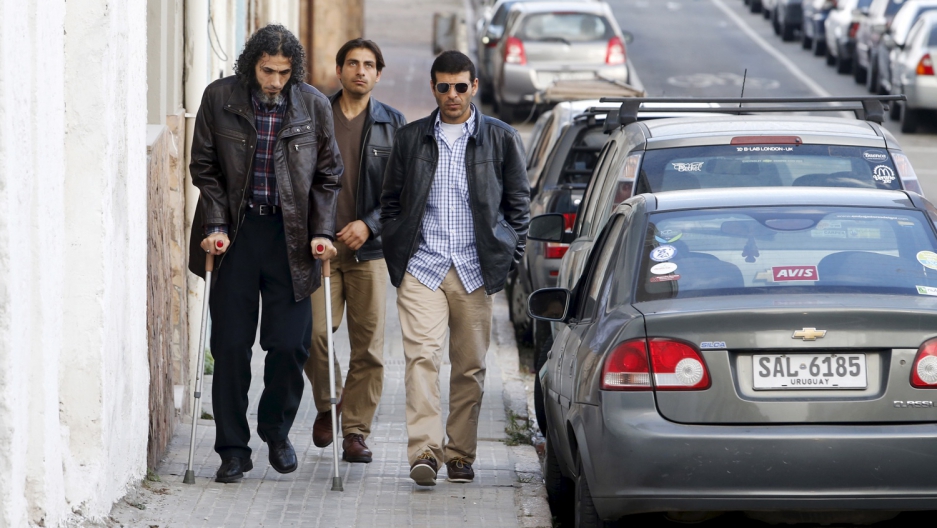 Former Guantanamo detainees arrive at the wedding of another fellow ex-detainee in Montevideo, Uruguay on June 5, 2015.
Credit:

On my first day in Chuí, a dreary city in far southern Brazil, I stepped around a passed-out drunk man on the street. He was grimy and leathery, with a shock of black hair. He was out cold, a faint smile still tickling his face. People gathered around to look, wondering if he was dead.

A few minutes later, an ambulance arrived. It had a Brazilian license plate. But it could have just as easily been from Uruguay. In Chuí, a stagger too far in one direction or the other can make a big difference. Careen too much, and you might just trip into Uruguay. Different country, different ambulance, different doctors.

The ease at which anyone, even the drunkest of us, can move back and forth between Uruguay and Brazil is a little more worrying these days, as the Summer Olympics — always a global security nightmare — get underway in Rio de Janeiro.

Color-coded fears of terrorism, crime and disease are all their deepest oranges and reds in this part of the world right now. Last month, Brazilian police broke up what the justice minister described as Brazil’s first terrorist cell. Twelve people were arrested, accused of plotting with the Islamic State to bomb or shoot visitors at the Olympics. Jitters gave way to finger-pointing, and suddenly Brazil’s porous borders were the subject of political debate.

Yet in the cold, whipping wind of Chuí, the border is as open as they come. 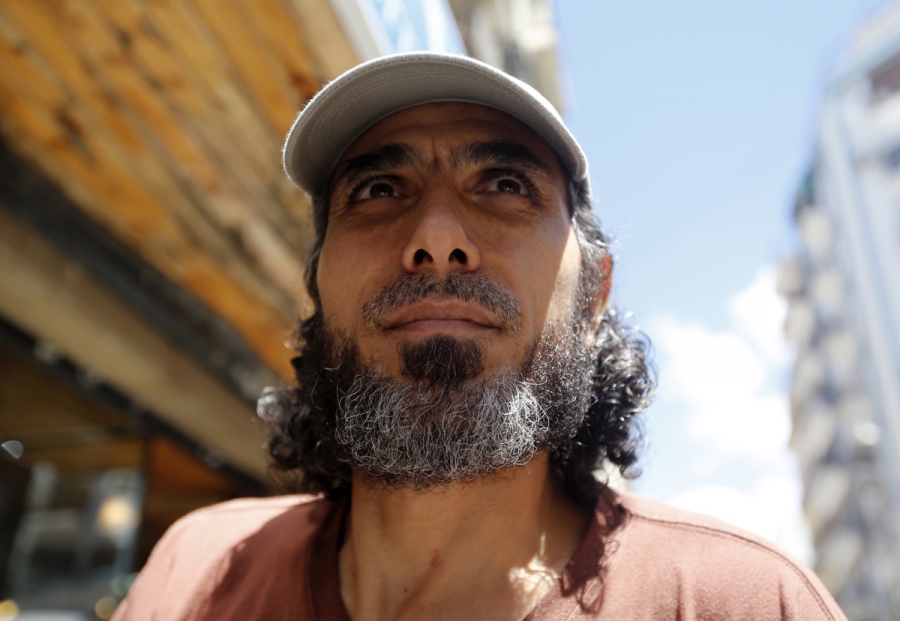 Abu Wa’el Dhiab was the reason I was in Chuí. He’s the reason I drove 16 hours. And he’s the reason I held several tense interviews with leaders of the local Islamic community here, and for my furtive knocks on a mosque door in Santana de Livramento, another desolate border town.

Dhiab is one of the Uruguay Six, former inmates of the US-operated Guantanamo Bay prison camp in Cuba who were unceremoniously dumped in Uruguay by the US government just before Christmas 2014. The men, who had been held in Cuba for more than a decade, understandably struggled in their adoptive country. They didn’t speak the language, for one. Uruguay is often cold. And it is expensive. A decade of confinement — and alleged torture — at the hands of the Americans didn’t help prepare Dhiab for his future either.

Dhiab — originally from Lebanon — had always been the most outspoken of the six men.

He led hunger strikes in prison. And he was the focus of a high-profile lawsuit against the US government. His lawyers tried to obtain and release to the public horrendous video of Gitmo nurses and doctors force-feeding prisoners. Perhaps unsurprisingly, the guy is angry. He told an Uruguayan newspaper that while he had never been a terrorist, these days, after the abuse he received, he’s a fan of al-Qaeda.

Then, a few weeks ago, reports emerged that Dhiab had “disappeared.” Global media became transfixed with the story when Uruguayan officials said the former detainee might have slipped across the border into Brazil, but then Brazilian officials denied any knowledge of it. With the Olympics coming, the media speculated that Dhiab could be setting his sights on wreaking havoc on Copacabana Beach. Never mind that Dhiab is frail and weak and walks on crutches.

Or that he was never charged with a crime.

“Many countries just aren't up to the job," Royce told the Associated Press. "And a diplomatic agreement to do the job isn't worth the paper it is written on if a country doesn't have the resources or training to keep committed terrorists from returning to the battlefield."

“We are deeply concerned about the case of missing former Guantanamo Bay detainee Jihad Ahmad Dhiab,” it read, referring to the freed inmate by an alternative name, and accusing him of involvement with al-Qaeda weapons trafficking. “Given the significant security concerns highlighted by this case, we request that your respective staffs provide an update briefing on this case to the relevant congressional committees as soon as possible.” 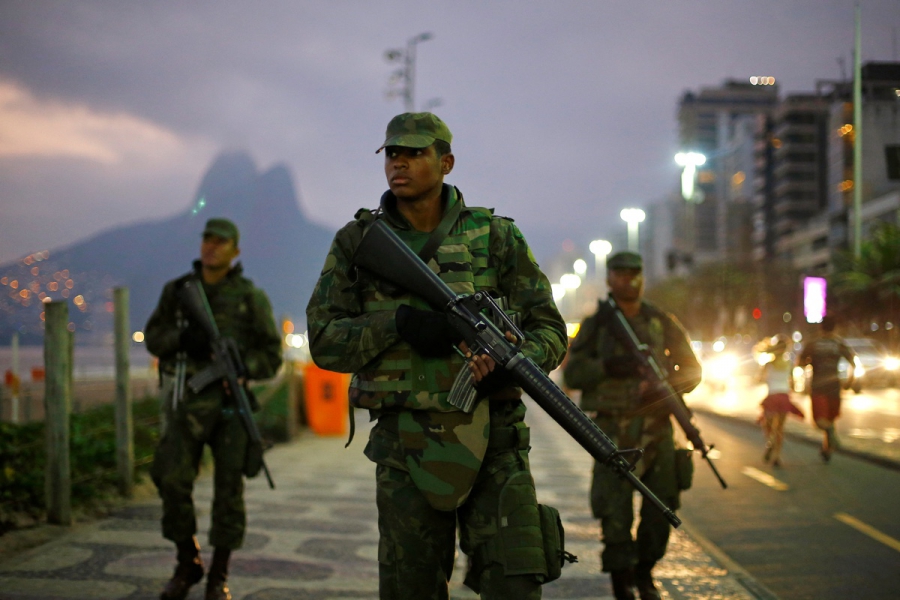 With this panic mounting, I started to make some calls. And that’s when things got strange.

Just about everybody I spoke to believed that Dhiab had never actually left Uruguay at all. Cristian Mirza, who had been appointed as a go-between for the Guantanamo Six in their negotiations with the Uruguayan government, surmised that Dhiab was “probably in Rivera,” a town in northern Uruguay. Dhiab’s lawyer, Jon Eisenberg, began to fret.

“I last spoke to him on June 5 and he said he’d call me right after Ramadan,” Eisenberg told me a few days after the end of the Muslim holy month of fasting. “I’ve been calling his cellphone and dialing him on Skype every day. I’m worried about him.”

Even members of the Uruguayan Muslim community were ambivalent: Could Dhiab have simply cruised up to rural northern Uruguay, where he might be enjoying a lengthy Ramadan retreat with friends, or new acquaintances? I asked. Sure, they said. Why not?

Stoking the mystery was Uruguay’s official stance on the Six. It maintains that Dhiab is a free man. He is free to travel across the border into Brazil, an Interior Ministry spokesman told me gruffly. “We have no idea whatsoever where he is,” he said. And he didn’t seem to care very much either.

José “Pepe” Mujica, Uruguay’s charismatic former president, who had arranged the transfer of the Six to his country, put it simply: “We’re not their jailers.”

As newspaper columns stacked vitriol against Dhiab, and congressmen chided the US president, and senators wrote angry missives, imagine if Dhiab was just sitting in a house in rural Uruguay, drinking tea with friends. I booked a flight down to southern Brazil.

I arrived in Chuí in the middle of the night and during the worst storm of the year in Uruguay. Two hundred miles to the southeast, a tropical storm pummeled Montevideo, the capital. 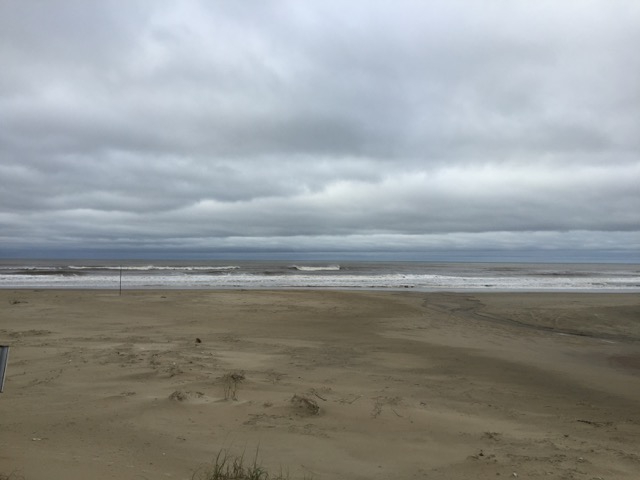 The beach along the border of Uruguay and Brazil.

The next morning, I drove around the town. Or rather, the towns. Brazil’s Chuí melds into Uruguay’s Chuy. The two municipalities meet at Avenida Brazil. That’s the street where I found the sprawled-out drunk. There’s not even the semblance of a border. You just walk or drive a block and you’re in a different country.

Officials will say that there are border controls and police checks on either side of the border and on the main roads. There are. But when I was in Chuí, there was nobody manning the Brazilian customs post. I drove through it four times, at different times of day. Once, I slowed for what I thought was an official. But it was just a guy hitchhiking.

And that was on the main highway. There are little roads spider-webbing off in every direction. And there are rivers. And a big wide beach. And an ocean.

“Anyone can bring anything across this border,” said Fadel Ali, a Palestinian-Brazilian resident of Chuí. “Guns, bombs. You could bring 300 tons of cocaine across and nobody would know.”

Three hundred miles northeast, the twin towns of Rivera (Uruguay) and Santana de Livramento (Brazil), offer a little more. These are proper cities, big, grown-up versions of Chuí/Chuy with high-rises and working internet. But the situation there is no different.

Edison Cunha, a press officer in the government offices in Rivera who has lived in the town his whole life, said the concept of a porous, open border isn’t just theoretical, it is manifest.

Locals in the two towns are allowed, by law, to live and work and breathe within about 12 miles of the border, he said.

“There are people who work in this building — the local government of an Uruguayan city — who actually live in Brazil,” Cunha said.

And Cunha explained something else: In this split municipality, there are sizable populations of Arabs in either town. But the Arabs who live in Santana de Livramento are Muslims, and they’re mostly descended from Palestinian immigrants. In Rivera, the Arab population is mostly Lebanese, and they’re primarily Christian, Cunha said. Not that anybody cares about religion, he added quickly.

“We’re all friends — we work together,” he stressed.

I had heard the same thing in Chuí. Leaders of the Palestinian Arab Society of Chuí waved away my suggestion that I speak to their counterparts on the Uruguayan side of the border. There are hardly any Muslims on that side of the border, they said, we all live in Brazil. 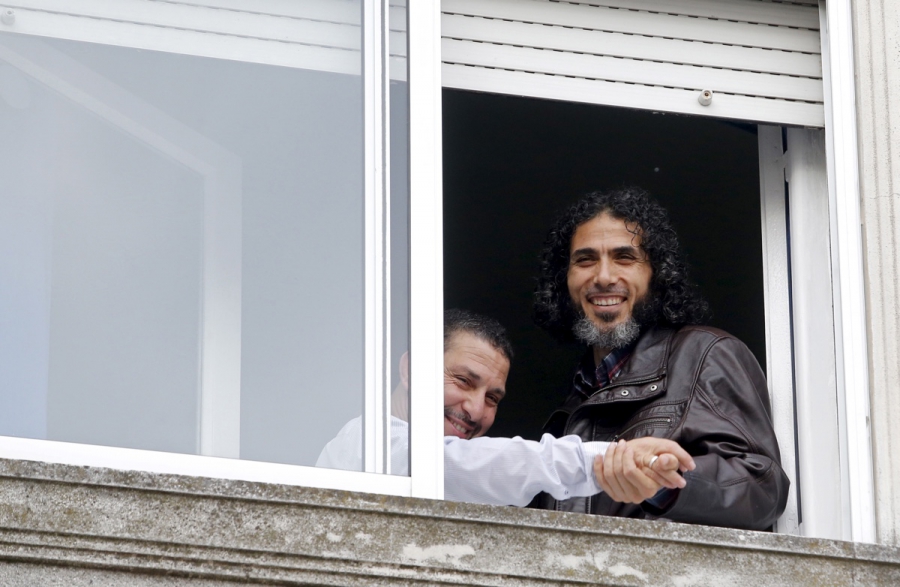 That made Dhiab’s case all the more intriguing.

Bigwigs in Washington have been worrying that this frail, damaged man crossed the border. But for weeks it was only known that Dhiab had visited the Muslim community in Chuí. But so what if he had? Given the agreement of a 12-mile buffer zone, could any government fairly, or even legally, argue that Dhiab shouldn’t be allowed to cross a few blocks into Brazil to pray with his brothers?

In the end, that question didn’t matter.

I was just checking into my hotel in Santana de Livramento when my phone started buzzing. It was a text from Dhiab’s lawyer in California. “Dhiab has surfaced … in Venezuela.”

We’re still trying to piece together the details, but it seems Dhiab overstepped that buffer — by about 4,000 miles. Apparently, he took a bus all the way across Brazil to the border with Venezuela, where he crossed into that country and presented himself at the Uruguayan consulate in Caracas. Media reports from Venezuela this week said he’s about to be deported, probably back to Uruguay.

As Dhiab was making this journey, Brazil was sending tens of thousands of troops into Rio de Janeiro. Platoons of camouflaged soldiers, who were soon rooted on almost every street corner, greeting the arrival of the world’s top athletes. The city, the first in a developing nation to host the Summer Olympics, soon resembled an occupied war zone.

Meanwhile, at the lonely customs office outside Chuí, the trash swept past in the wind. There were people inside, in warm offices.

But nobody was stopping cars.

At what point in his 4,500-mile journey did the line Dhiab crossed in Chuy, or Rivera, or any one of the roads into Brazil from Uruguay, take on real meaning? At what point did that concept of a border become a real, tangible line that this former prisoner had crossed? And was that line erased, made moot, when he crossed another one, into Venezuela?

This will now be left to the politicians and the pundits and the columnists to agonize over. As they’re doing that, the “border” between Uruguay and Brazil will remain as open, as ephemeral, as a short stroll, or stagger, across a street.