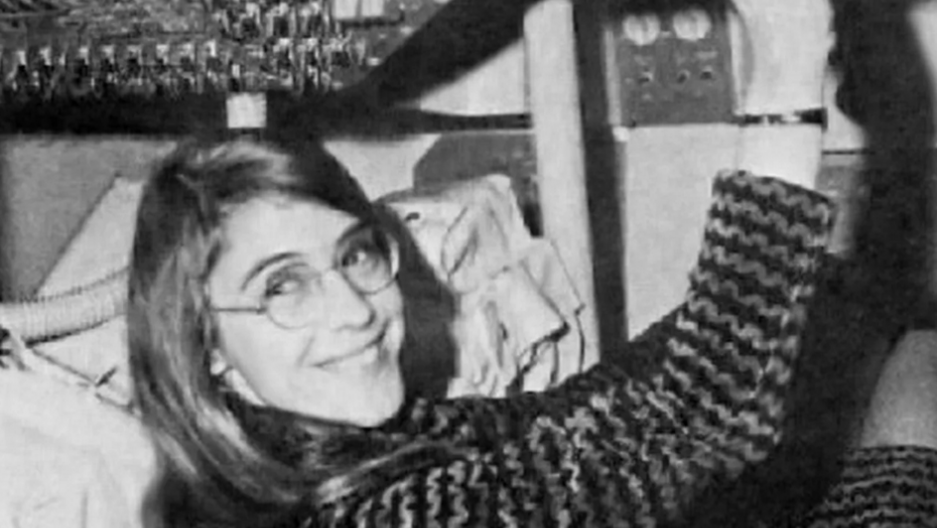 In 1969, the world watched as Neil Armstrong marked his historic achievement with the words, “That’s one small step for man, one giant leap for mankind.” His now-famous transmission was heard around the globe thanks to NASA’s Deep Space Network, which made communication from outer space possible.

That network was built by a woman named Susan Finley. She was part of an all-female team of coders whose work was integral to the success of the Apollo 11 mission, but went largely unheralded. Science writer Nathalia Holt, who has written a book about Finley and her all-female team of coders, says this unique group of women was brought together by the efforts of a woman named Macy Roberts.

“Macy Roberts was made supervisor of this unique group in 1942 at the Jet Propulsion Laboratory,” Holt says. “They were known as computers — before all of the devices we have today it was humans that were actually hired to do the calculations for laboratories. And so Macy Roberts decided that she wanted to make it an all-female group because she worried that, if she hired a man, they just wouldn't listen to her because she was a female.”

This all-female department played a crucial role in the early NASA lunar missions.

“We had six failures of these Ranger spacecraft before we finally were able to land a spacecraft on the moon,” Holt says. “And [that success] was the work of these women — they were in mission control, they were plotting the trajectories, they were a critical part of making this happen.”

Finley was one of the women in this group and she spent a long time working on the Deep Space Network — a communication system that made Neil Armstrong’s famous transmission back to Earth possible.

Another woman in the group, Margaret Hamilton, wrote the code that actually made the lunar landing possible.

“Just three minutes before the eagle is going to land, Buzz Aldrin who was following his checklist, turns on the rendezvous radar, and when this happens, the CPU on the computer just becomes overloaded,” Holt says. “It's important to remember here how little memory this computer had compared to the systems we have today. ... So the alarm goes off because the computer is just having trouble doing so many different functions. ... And so they and Mission Control have to make a very difficult decision: Are they going to abort? Or are they going to trust the software to get them through this? And listening to all of this, at MIT, is a woman named Margaret Hamilton and she's responsible for the Apollo on-board flight software. She's director of the software engineering division at MIT's instrumentation lab and it is actually her code that saves the day — it’s able to override all of the other functions and make landing the priority.”

The network this group of women worked on is still used today for all of NASA’s space communication, and Holt says Finley is still employed at NASA — the organization’s longest-serving female employee.

The way women like Finley, Hamilton and Roberts are treated at NASA has changed over the years, says Holt, but there is still work to be done to attract more women to scientific and engineering fields.

“They had wonderful relationships with their male colleagues, even though for a long time they were paid less and were in a position of computer instead of being called engineers. But despite that, they had these wonderful working relationships with the men and they really loved their careers at NASA,” Holt says. “[Now] we have a very exciting thing that's happened this year, where half of the 2016 astronaut class is women. So women today are very important of course at NASA. But we can do more. Only 23 percent of scientists and engineers in our space agency are women.”