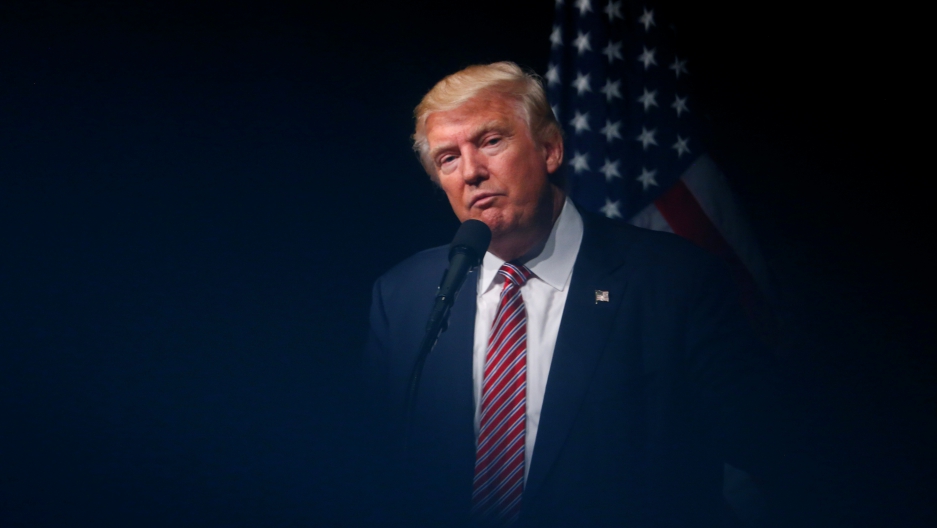 For decades, the Republican Party has worn a "know-nothing" facade to appeal to ordinary Americans, but it’s no longer just talk — they have truly created a “know-nothing” candidate with Donald Trump.

That’s according to Max Boot, a senior fellow at the Council on Foreign Relations and a former foreign policy adviser to the presidential campaigns of John McCain, Mitt Romney and Marco Rubio. He recently wrote a New York Times op-ed, "How the 'Stupid Party' Created Donald Trump," which argues that Trump is the product of years of anti-intellectualism within the Republican Party.

“It’s actually been part of the Republican Party brand for a long time,” Boot says. “Republicans going all the way back to [Dwight D.] Eisenhower have masqueraded by pretending to be dumber than they actually were by attacking elite intellectuals and snobs and so forth [as a way] to identify with the common man. This was a strategy pursued by Richard Nixon, by Ronald Reagan, and by George W. Bush.”

In his 1964 speech “A Time for Choosing,” Reagan aligned himself with the ordinary American rather than the "little intellectual elite in a far-distant capitol." Similarly, Bush sided with the C students in a 2001 Yale commencement address.

But according to Boot, Trump is different.

“Those leaders were not themselves actually stupid or ignorant,” he says. “If you think about Eisenhower or Nixon, they were actually incredibly worldly, sophisticated, and knowledgeable. The problem is that Donald Trump is every bit as ignorant in reality as his predecessors only pretended to be. In a way, the joke’s kind of on the Republican Party because after masquerading for decades, the Republican Party has actually become the ‘Stupid Party.’”

Uneducated voters are a core base for Trump, but Boot says that this group is being “taken for a ride” by the GOP nominee.

“They’re not necessarily stupid, but they’re not very knowledgeable,” he says. “[Trump] claims that he can solve all their problems when he can’t. He can’t even begin to solve their problems, and in fact he’ll make their problems a lot worse with his policies on protectionism, isolationism, nativism and xenophobia. All of these things will make America much poorer and much less safe, but I think he’s gulled a lot of people into thinking that ‘I alone can solve’ — his mantra.”

Boot argues that far-right populists within the Republican Party feed off of Trump’s anti-intellectualism because they believe elite intellectuals are to blame for their problems to begin with. Meanwhile, Trump is working to directly appeal to white working-class communities that have a “long tradition of hostility towards knowledge.”

“That is the core constituency that Trump is appealing to,” he says. “He’s not just ignorant, he’s proudly ignorant — he brags about how he doesn’t read books. For him, this is a point of pride, and unfortunately it is for a lot of his followers as well.”

Trump’s disdain for knowledge, Boot says, is dangerous. The Republican nominee has said he knows more about the terrorist group ISIS than American generals do, and has suggested that the US should use torture during interrogation, even though the director of the CIA has said he’ll resign if such practices were brought back. Over the weekend, Trump appeared confused during an interview after he suggested that Russian President Vladimir Putin would not send troops into Ukraine when, in fact, they have been there for years.

“It would be such a catastrophe [if he was elected],” Boot says. “I truly believe Donald Trump is the most dangerous and ignorant major party political candidate that we’ve ever seen in American history, and I really regard him right now as the number one national security threat to the United States. If he were to actually try to implement these policies — to expel 11 million undocumented immigrants and start trade wars with Mexico and China, to pull out of NATO — the United States will become much less safe and much less prosperous. Our economy will go into a tail spin and our security will be endangered.”

Though Boot says American institutions are strong enough to guard against a potential dictator, he is concerned that a theoretical President Trump would take a page from Richard Nixon and abuse governmental agencies like the FBI.