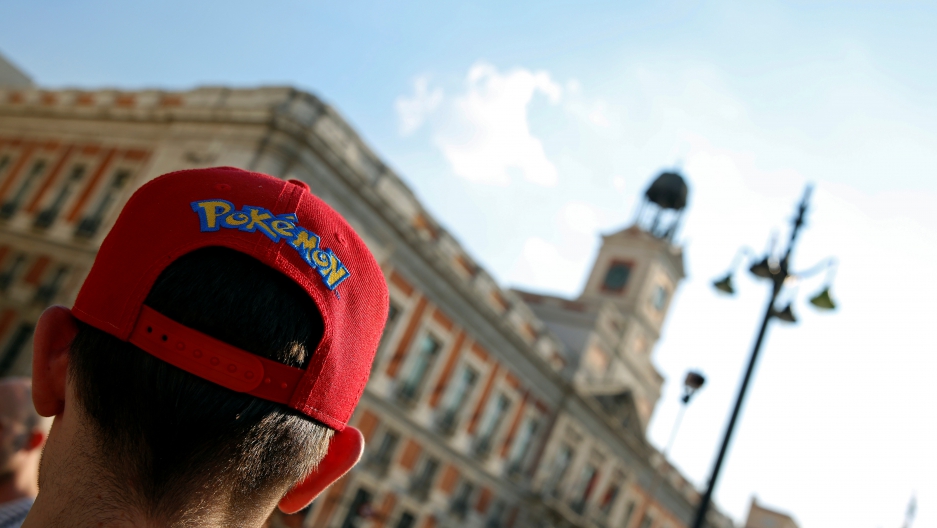 From Spain to Greece, the Pokemon Go craze is making European entrepreneurs and business people take notice — and try to figure out how they can find new customers.

In Greece's depressed economy, a few companies have latched onto a new hope: Pokémon.

Restaurants and merchants all over Athens have started working together to host events to entice players of Pokémon Go. “I was considering the value of a Pokémon event to be quite enough right now, because there are about 70 million players right now around the world,”

Explained George Kourakos, the founder of gaming site gamespace.gr: “So this is the idea, make an event.”

Kourakos organized one such event this past Saturday at Internet café Bits and Bytes in Athens. A DJ blasted music from inside the café, while cellphone service providers, restaurants and local merchants set up tables on the sidewalk outside. Over the course of the afternoon hundreds of young gamers loitered on the sidewalk.

“I love it,” said gamer Paulina Jowita, “Because they open a lure, and you know there’s so many people here. You meet people, you make friends, and also you catch some Pokémon.”

Combining capitalism and gamers in the cradle of democracy.

A Pokémon Go lure causes new and sometimes rare Pokémon to appear in a one spot. Players can purchase lures using in-app coins, or businesses can buy them using real-world currency. “Actually for lures you have to pay real money. But the amount is not so much,” said Kourakos, “For example for a five-hour lure we spent 10 Euros only, which means about $12.”

Chris Papagiannis, an employee at Bits and Bytes, said that the café often had events centered on video games such as League of Legends, but they did not have nearly the same success.

“With the League of Legends tournaments and these things, many people don’t come that don’t play League of Legends. But Pokémon Go, everyone plays, it’s easy to download. I think it’s very good for business.”

Organizers hope the virtual lure will also entice customers in a tight economy. Greek board game shop Kaissa had a table at the Bits and Bytes event.

“Today we came here to show people that don’t know about the [Pokémon] card game, and get them used to it,” said Kaissa employee Vasilis Kirlis. “It is quite good because the guys that play Pokémon Go are used to board games, so we attract people who play to see what Kaissa is.”

The Bits and Bytes event also had free pizza, an energy drink called Hell, and a booth from cellphone service provider Vodafone, offering free data for select gamers who uploaded pictures to Instagram using a certain hashtag. Vodafone used the same hashtag the following day as it helped sponsor a Pokewalk event in Monastiraki Square with news site neolaia.gr.

The week before food delivery service E-food organized an event in Athens’ central Syntagma square using the hashtag #GottaEatEmAll. “I saw it on a Facebook page," explained a 19-year-old student named Costa. "In Pokémon Go groups, they post events and things. Normally they have coupons for food, it's really fun."

It’s unclear yet if these events will in fact turn a profit. Longtime Pokémon fan Nektarios Ndreu was both at the Syntagma event, and Bits and Bytes. But Ndreu said he had not had any of the pizza or energy drink at Bits and Bytes, and gestured to a coffee he had bought elsewhere.

"I don’t come here to spend money, just to meet people and to catch Pokémon.”

Gamer Chris Konstantakopoulos agreed: “They use food to bring people. For me it doesn’t matter, I’m not hungry right now.”

However, he said he had many friends who had participated in Vodafone’s Instagram contest, and would certainly go to more Pokémon events himself.

Organizer George Kourakos admitted that perhaps his event hadn’t created sheer profit but argued that it was not the only purpose, citing the number of attendees, and focusing on what created the best event for gamers and fans.

He currently has plans for several other events in the works, crisis or no economic crisis.

"Gamers are everywhere," Kourakos said. "This is something Greeks have, even if they don’t have so much money they will go out to get a coffee, they will go to get dinner, they will play Pokémon.”