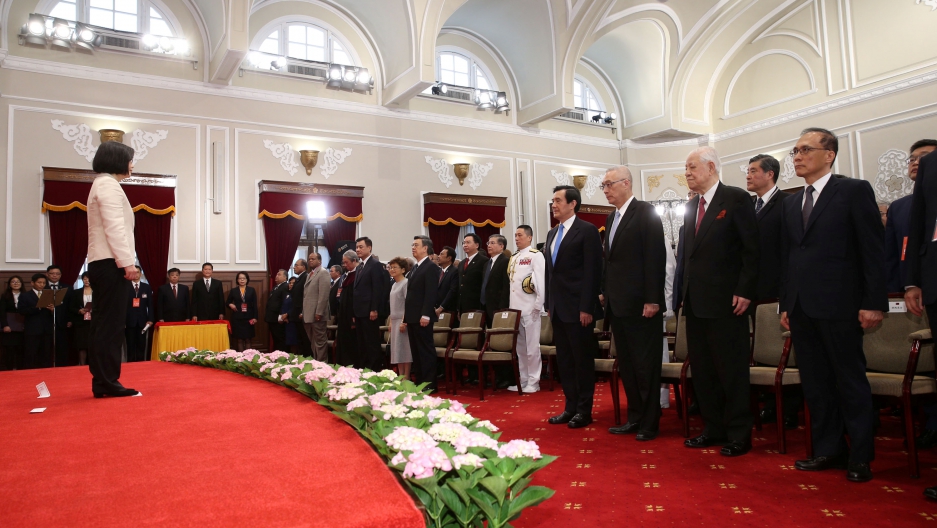 Taiwan's President Tsai Ing-wen, left, attends a swearing in at the Presidential Office in Taipei, Taiwan, on May 20, 2016. She is the first woman president of the island nation.

As an American, the date didn't have a whole lot of meaning to me, but I soon learned that it was not only “I Love You” Day in Chinese culture, but also, for my immigrant Taiwanese parents, it was the date of the Taiwanese presidential inauguration.

Like many Taiwanese American immigrants who have been living in the US for decades, my father pays attention to American politics. But it’s Taiwanese politics that really makes his blood boil.

This May, for my daughter’s second birthday, my husband and I took her on her first trip to Taiwan, where we traveled around the country to visit relatives and attend the inauguration of Tsai Ing-wen, the first woman president of Taiwan. 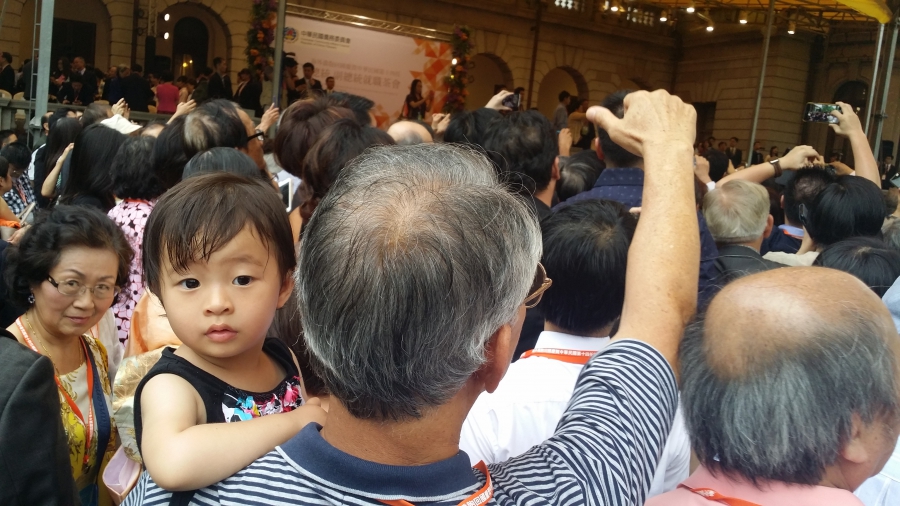 Overseas Taiwanese supporters try to get a glimpse of Tsai Ing-wen as she takes the stage at an event celebrating her inauguration. It was the second birthday of Ada Tseng's daughter; they celebrated both milestones.

Because my daughter was one of the few toddlers at the event, the running joke among Tsai Ing-wen supporters was that my daughter might become president one day. It was mostly meant facetiously, but in other ways, it was historic. Girls in Taiwan could now picture themselves as president because a precedent had been set.

Watching Hillary Clinton’s acceptance speech this week, as the US gets a glimpse of the possibility of its first woman president, one can’t help but see some similarities between the two candidates. Like Clinton supporters, Tsai Ing-wen supporters touted her experience. While Clinton dealt with foreign affairs as secretary of state, Tsai was the vice premier of Taiwan and head of the country’s Mainland Affairs Council, where she oversaw cross-strait policy, which is extremely important because Taiwan’s relationship with (or independence from) China is the main source of political tension for much of the Taiwanese public.

Tsai, like Clinton, had also previously lost a presidential campaign and was running for the second time.

Also, the current political climates of the two countries are similarly tense. Party loyalties in both the US and Taiwan are so divided that, in some ways, the pride over any glass ceilings being shattered is often overshadowed by citizens’ visceral concern about the direction in which the country is heading.

When Taiwan’s last presidential election first began, both major candidates were women. Later, Hung Hsiu-chu of the Kuomingtang Party was replaced by Eric Chu. For months, though, there was an assumption that Taiwan would have its first woman president in 2015, no matter which side won.

Having witnessed Tsai Ing-wen’s inauguration within months of Hillary Clinton’s official nomination, I was struck by a line in Michelle Obama’s Democratic National Convention speech. She said that because of Clinton, “our sons and daughters now take for granted that a woman can be president of the United States of America.” 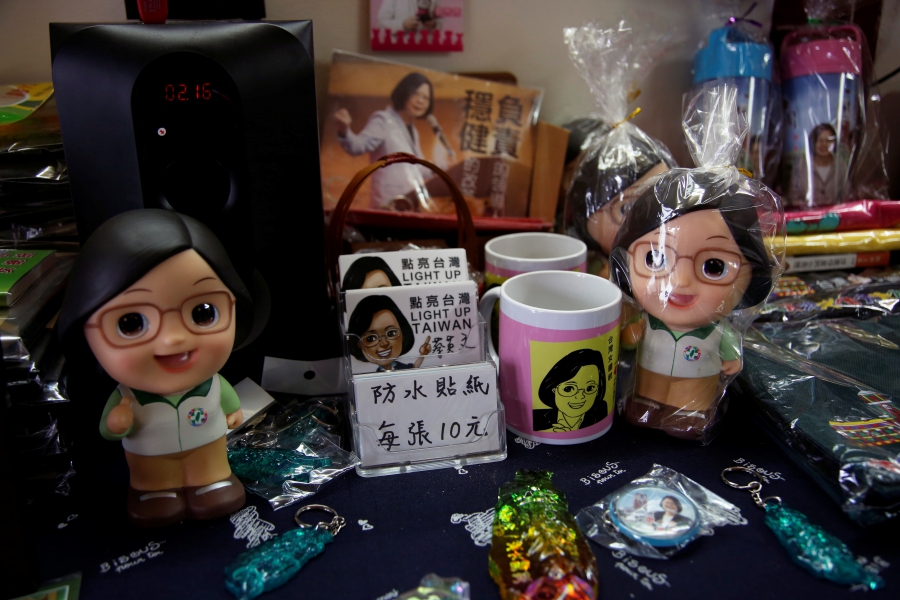 Souvenirs of Tsai Ing-wen are displayed at Tsai's ancestral home in Pingtung, Taiwan just before her inauguration as Taiwan's first woman president.

It’s not just that they will be able to see a woman president, or dream of becoming a woman president, but that they will take it for granted. And I even feel myself taking it for granted. Intellectually, I understand the weight of this breakthrough and I deeply appreciate the struggles generations of women have overcome to get us to this point. Emotionally, it feels very normal and inevitable that a woman could be president of the United States.

That said, did I have the same pride watching Hillary Clinton’s acceptance speech as I did seeing Tsai Ing-wen giving her inauguration speech? The answer is: not yet.

Because there is one other big difference between Tsai Ing-wen and Hillary Clinton’s presidential campaigns that is impossible to ignore. Tsai pulled ahead as a frontrunner fairly early in the campaign. She was not only expected to win, but it was a very comfortable win for her, with 56 percent of the vote to Chu’s 31 percent.

Now, polls are still showing Clinton and Trump neck and neck. Any pride and desire to celebrate is severely tempered by the fact that she hasn’t yet won.