Delegates watch the Democratic Women of the Senate address at the DNC in Philadelphia.

There were many stark differences between the Republican and Democratic conventions this month. Especially in tone and theme: the Democrats embraced diversity and inclusion, while the Republicans emphasized foreign threats to Americans and United States security.

Those contrasting messages paired with significantly different speaker demographics at each four-night event.

So, whose voices took center stage? We looked at the full lists from the RNC and DNC to compare racial and gender diversity among speakers. (Note: These lists were prepared ahead of the conventions.) We then set that data next to a racial and ethnic breakdown of the US electorate, which is more diverse than ever.

What we found: The Democrats showcased a lineup of speakers that was more racially diverse than the US electorate is projected to be this November. Republican speakers were overwhelmingly white and largely male — groups who make up a large share of Donald Trump's supporters, while the Republican nominee has alienated minorities and women. (The LA Times offers a good quick look at these breakdowns, too.)

Here's what we found when we looked at the gender of convention speakers. 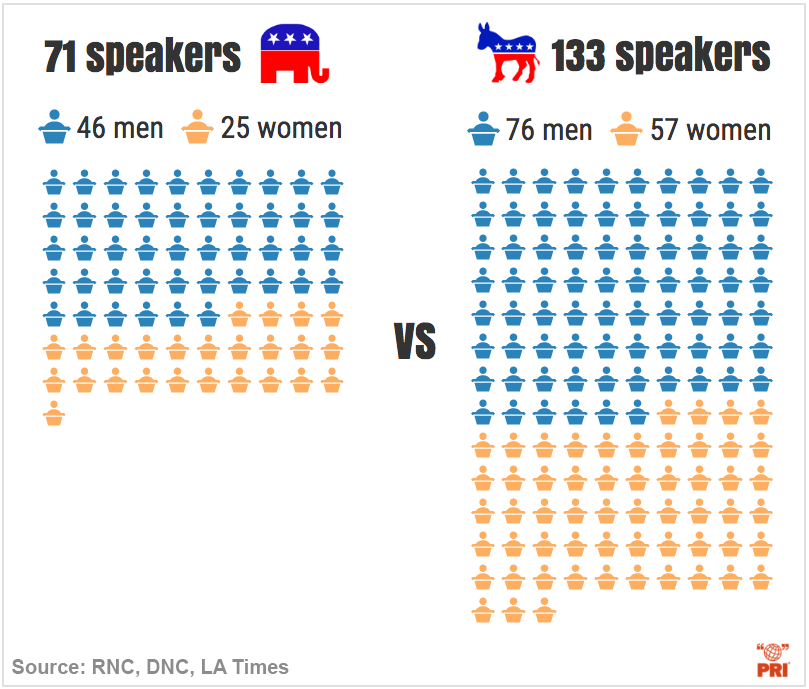 The DNC featured almost double the number of speakers as the RNC, so it is easier to see the difference if you look at percentages:

The racial diversity of speakers is even more dramatic. Eight out of every 10 RNC speakers were white, while nearly half of the DNC speakers were people of color, including Minnesota State Representative Peggy Flanagan, the first Native American woman to address a convention from the podium. 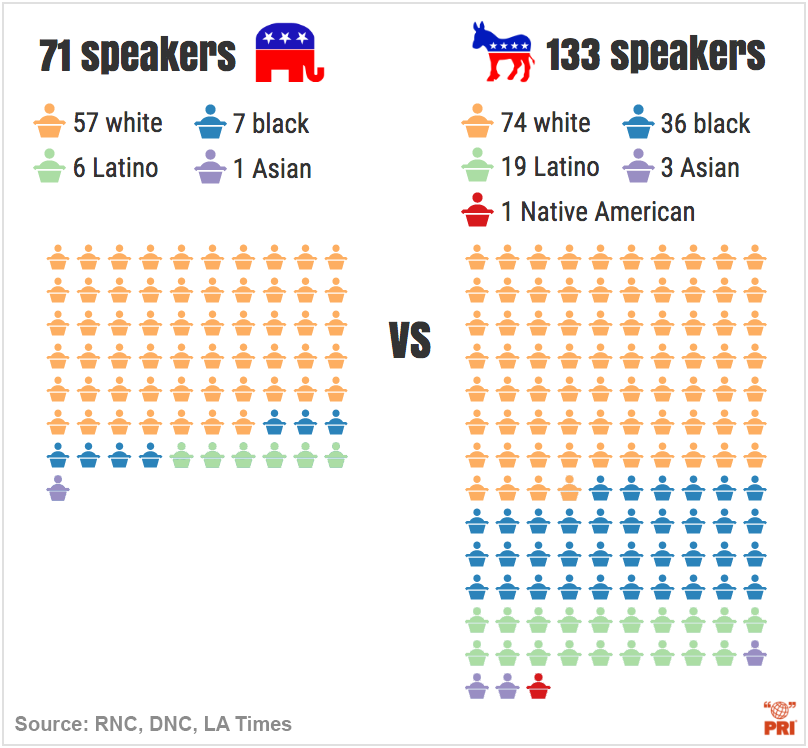 The RNC speaker lineup was more reflective of the US electorate in 2000, when non-Hispanic white voters made up 78 percent of total eligible voters.

Here's how each speaker list compares to the ethnic and racial diversity of voters in 2016:

According to Pew Research Center data, this year's voters "will be the country’s most racially and ethnically diverse ever."

Pew estimates 31 percent of voters in November will be Hispanic, black, Asian or another racial or ethnic minority, up from 29 percent in 2012.