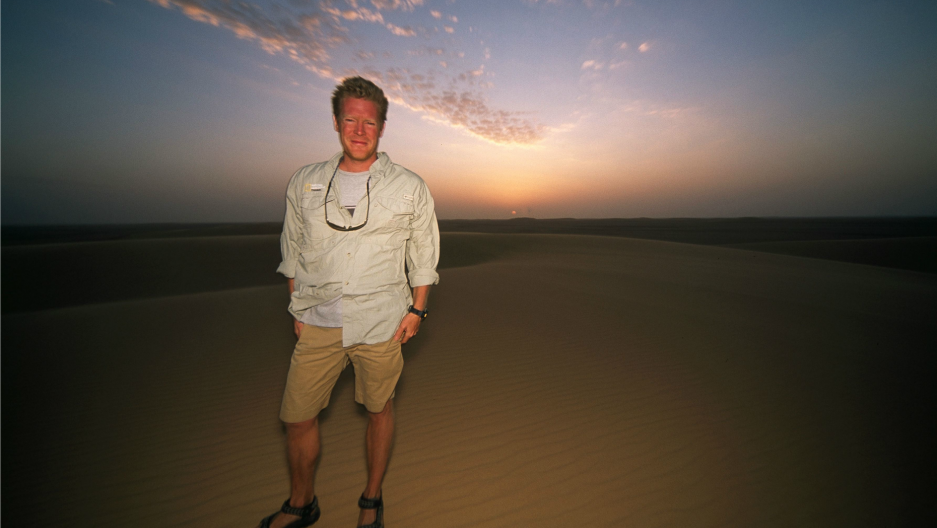 Where did we come from? Evolutionary biologistSpencer Wells is pretty close to the answer. He's the founder of a National Geographic initiative called theGenographic Project. By collecting DNA samples from people around the world, he's tracing the paths of human migration. And he's uncovered some startling facts about Homo sapiens' early history: we almost didn't make it.