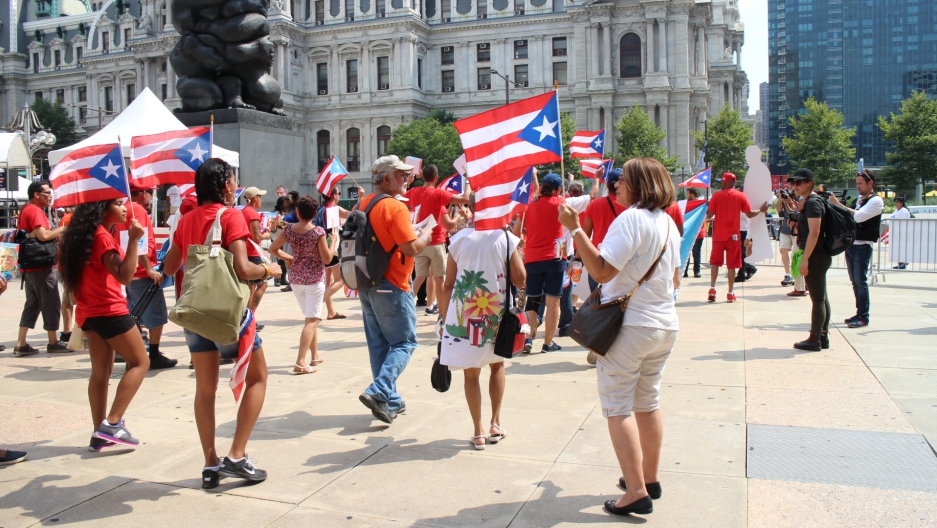 Puerto Ricans from across the country march near Philadelphia's city hall during the Democratic National Convention, July 25, 2016.

How many people in the US think Puerto Rico is another country?

Maria Quiñones-Sanchez, Philadelphia's first Latina councilwoman and a boricua (Puerto Rican) herself, says she's encountered even some congressional representatives who (wrongly) believe this.

Quiñones-Sanchez says she was part of a group meeting with delegations to work on fixing Puerto Rico's debt crisis. And she says the group was told something along the lines of "we can't meet, our foreign advisers are not here."

"This is a domestic issue," Quiñones-Sanchez says. "We're talking about the 3 million Puerto Ricans who happen to live on an island, but are American-born citizens who need our help."

Puerto Rico is a US territory. Formally, it's known as a commonwealth. So it's not a country of its own, but it's not a part of the union either.

The island's territory status has been the source of controversy on several occasions. During the Democratic National Convention, the issue surfaced outside Philadelphia's city hall, where various Puerto Rican activist groups gathered to demand attention from their federal government.

The groups wanted two things: a change in their territory status, and a resolution to the island's debt crisis. 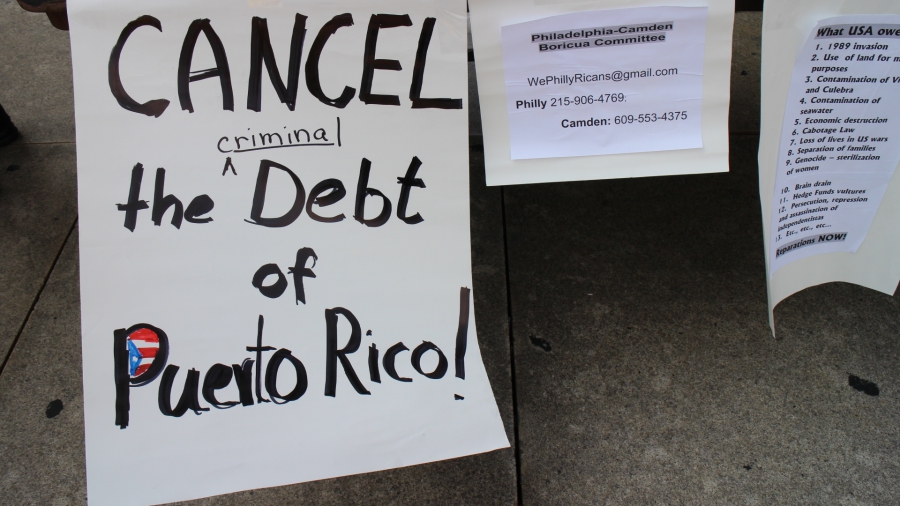 The Philadelphia-Camden Boricua Committee wants the US to forgive Puerto Rico's debt.

"[We want the president] to really give people, through some sort of constituent assembly, the opportunity in a binding way to determine what is going to be the status of Puerto Rico since the United Nations, the Supreme Court and Constitution say we're a colony and it is illegal," Quiñones-Sanchez says. "We want that addressed."

Since Puerto Rico's economy started to implode, people have been migrating from the island to the mainland. Aside from bringing their votes for the upcoming presidential general election, Puerto Ricans moving from the island bring a blunt understanding of their nationality and their island's relationship with the US.

Since the Republican National Convention happened last week, we've been asking attendees — from delegates to protesters to politicians — what they think it means to be "American."

Most people talked about freedom. But people at the Puerto Rico protest in Philadelphia thought none of that.

“I don’t think [it means] anything," said 80-year-old Bomexi Iztaccihuatl Luna from New York. "Puerto Rico is a colony of the US. And to me, this ‘America’ does not exist. America is a lot bigger than the United States. A lot bigger. We have Canada. We have Mexico. We have South America. They cannot put the name of America in their pocket, and continue on walking. That’s false. Completely false and ridiculous.”

This is a relatively common sentiment throughout Latin America. In Spanish, someone from the US is estadounidense, something like "United Statesian." Sounds bad in English, sure. But it makes more sense.

In schools, children living in South and Central America learn that "America" is all of it: South, Central, North.

Fermin Morales, who was protesting with the Philadelphia-Camden Boricua Committee, adds: "'American' is basically a denomination that talks about two continents and the Caribbean, so America is not necessarily one country, it’s so many countries."

"Hypocritical" was one way several people at the Puerto Rico rally defined the idea of being American.

"For me Puerto Rico is the biggest hypocrisy of the United States and what we preach across the world," says Quiñones-Sanchez. "We can't go around the world preaching democracy, preaching equity and we not take care of our own American citizens."

To see the rest of the answers to "What does it mean to be an American?" follow us on Instagram.

What about you? Let us know what it means to you to be an American in the comments below.