As fighter jets were unleashing sonic booms over Turkey’s two biggest cities, tanks were closing bridges and roads, soldiers were filling plazas and TV stations were being raided, President Recep Tayyip Erdogan called on his people for help.

“There is no power higher than the power of the people,” he said in a video message broadcast live on television, via an iPhone. “Let them do what they will at public squares and airports.”

Erdogan’s supporters heeded his call. In Istanbul they poured into Taksim Square and surrounded the soldiers there. For days that followed, they rallied in the plaza to show support for their president against the attempted military coup.

Three years ago, a very different set of protesters took to the same streets. Taksim Square was the focal point for huge demonstrations calling for Erdogan to step down over his plans to raze and redevelop Istanbul's Gezi Park. The protests spiraled into wider concerns about Erdogan’s authoritarian streak and a move away from Turkey’s traditionally secular roots toward Islamist-leaning government. Erdogan, then prime minister, called the protesters “çapulcu” or looters, and police dealt with them harshly.

A Turkish riot policeman sprays tear gas in what became an iconic image during the Gezi Park protests on May 28, 2013.

Erdal Sarikaya, 37, a longtime vocal Erdogan opponent who took part in the 2013 protests, watched this month’s coup attempt unfold from his home in Istanbul. His first thoughts were for his family’s safety. But after the failed military takeover, he became preoccupied with a changing political landscape for activists like him.

“If the coup was successful, we would have suffered. It failed, and we are still suffering,” he says.

The Gezi Park movement started when Erdogan pushed plans to build a mosque and a shopping center, styled after Ottoman military barracks, all on the city’s beloved green space. Eight people died during the demonstrations, at least four of them as a result of police violence, according to doctors and international rights groups. More than 8,000 were injured.

Sarikaya lost sight in one eye when a tear gas canister fired by police hit him in the face. In the years since then, he has been trying to sue the government for his injury — unsuccessfully.

Soon after retaking control of Turkey this month, Erdogan announced he will rekindle the park development plans. The blueprints have changed slightly — there is no mention of a shopping mall — but the mosque and Ottoman-style barracks are going ahead, the president said. 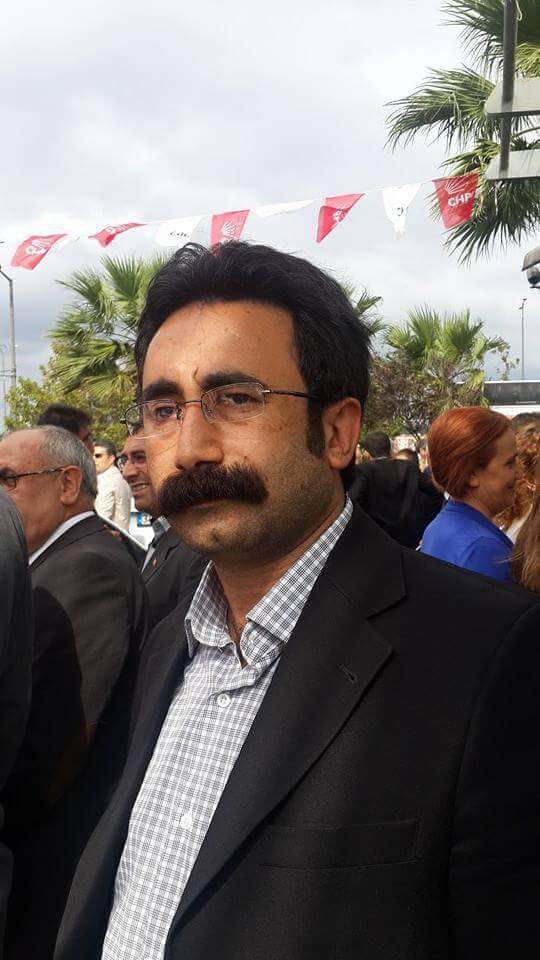 Erdal Sarikaya is a veteran from the 2013 Gezi Park protests.

Liberal activists like Sarikaya are now in a difficult position: They oppose Erdogan, but did not support the attempted coup. They had no involvement in the plot, yet they are likely to suffer as a result of it. Many activists are too afraid to raise their heads.

“Everyone is really scared,” Sarikaya says, as he sips on coffee at a cafe near the square. “A lot of people are ready to give up opposing the government. They want normal lives.”

Erdogan’s dramatic accumulation of powers over the last three years makes life even harder for opponents. After serving as prime minister, he became the first elected president of Turkey in 2014. Now he's seeking to amend the constitution to give the formerly ceremonial position greater executive power.

Erdogan blames the coup plot on a Pennsylvania-based Muslim cleric named Fethullah Gulen, whose movement commands significant support in Turkey through a network of private schools, media and think-tanks across the world. Gulen has denied Erdogan’s accusation. In the wake of the failed coup, more than 60,000 people have been removed from their posts, detained or placed under investigation for suspected links to Gulen. This week the authorities have been targeting the media. The government has also declared a state of emergency across Turkey, leading to concerns from the European Union of a rollback of civil liberties.

Sarikaya says he and his fellow activists fear being arrested. Staging massive public resistance to Erdogan’s development plan this time around seems risky.

But they’re worried that social divisions are growing wider in Turkey.

“But when Erdogan called people on to the street [on July 15], it wasn’t a general call. It was done through text messages and through the mosques — he was just calling his supporters to come out.”

Read more: Whispers of a US conspiracy swirl in the Turkish president’s home neighborhood

A major force behind the 2013 protests was the perception that Erdogan was only representing his Islamist party and followers, and ignored the rest of the country. The leader frequently referred then to “the 50 percent” — the share of votes he won in elections at the time — and still does.

Turkey’s divide is often simplified into secular versus Islamist sides. The 2013 protests drew large numbers of secular, Western-facing youths against the direction Erdogan was taking the country. But the crowds in Gezi were also diverse.

Erdogan’s supporters, on the other hand, say the country’s rigid secularism prevented them from practicing religion freely — until Erdogan came along. Crucially, for them, he oversaw new prosperity often referred to as Turkey’s “economic miracle,” building up national industries and tourism and bringing millions out of poverty. They see attempts to remove Erdogan as an attack on the gains they’ve made under his rule.

Melda Onur was a member of parliament for the opposition Republican People’s Party when the Gezi protests were taking place. She was also a high-profile supporter of the demonstrations.

“After the first night of the coup attempt, the real Erdogan supporters, his voters, went outside,” Onur says. “I understand and acknowledge their thinking. They have always aspired to go out to the streets, but they could not do it before. They were oppressed. Now they have the freedom and they enjoy it. Some people are annoyed by this, but one of them said to me: ‘We lived with it for months during Gezi, you should be patient too.’”

Onur foresees a similar crackdown on civil opposition to what is taking place in the judiciary, military, police and educational institutions now.

“It will be oppressed too. Fifty thousand civil servants taken off their duties, not all of them are pro-Hizmet,” she says, referring to the Gulenist movement that many Turks believe was behind the coup plot. “They have shut down some news websites that have no relation with religion.”

There is a sense for some that little has changed since 2013 for opponents of Erdogan. As one 27-year-old activist, who wished to remain anonymous, said: “We were able to taste the freedom during Gezi Park protests, and the flavor of it still lingers."

For now, opponents of Erdogan are resigned to keeping a low profile.

“There is nothing to do at the moment other than watch,” Sarikaya says. “We need to understand what is happening, and then decide what to do.”