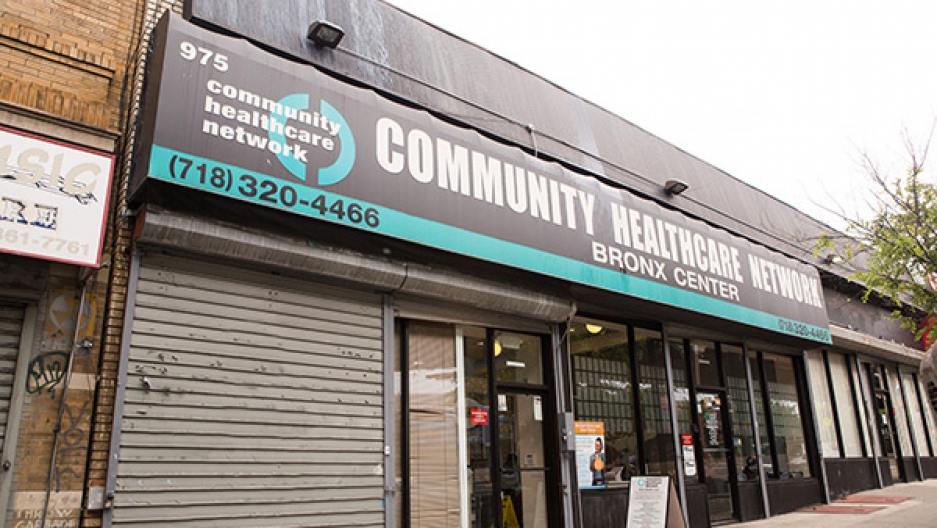 Health centers in New York are providing information about the Zika virus to New Yorkers traveling home to the Dominican Republic. People who've traveled to the DR represent more than half of the Zika cases in New York.

Karina Diaz and Gissel Hernandez are cousins, both 24, who like to joke that they're twins. I fell for it. They're both petite, same boyish style of clothes, same tightly cropped curly hair. I met them at the Community Healthcare Network's Bronx Health Center, where they dropped by to get some information on the Zika virus. They were both about to visit the Dominican Republic.

New York City has recorded more than 300 cases of Zika, nearly two thirds of them related to residents traveling to the Dominican Republic. The city saw its first Zika-related case of microcephaly in a newborn this past month, highlighting the dangers of the virus for pregnant women. So as more Dominican New Yorkers make trips home this summer, the city's health clinics that serve them, like the Bronx Health Center, are ramping up their Zika education efforts.

One of Diaz’s aunts in the DR contracted Zika, same with one of Hernandez’s old friends. But Diaz says she makes the trip back home every summer, and Zika's not going to stop her. She moved from the Dominican Republic to the Bronx when she was seven. Hernandez came just a year and a half ago.

Today, they're both meeting with Dr. Tyler Evans to find out more about Zika. Hernandez goes in first, and they learn about the symptoms of Zika: a rash, fever, joint pain, and possible pink eye.

He walks her through preventive measures: use bug repellent with DEET. Sleep under DEET-coated bed nets. Stay inside around sunset. And watch out for the key Zika symptoms. He gives her a phone number to call if she notices any of the symptoms when she's traveling, and she says she's relieved that she'll be able to share the information with her friends too.

A lot of the health center’s patients are like these two cousins, says Lisa Sutherland, the health center’s regional director. They're heading to Zika-affected countries this summer to see family so it’s not just an optional vacation. Sutherland shows me some of the Zika flyers they have posted around the waiting areas. She says they prompt people to ask their physicians more about the virus.

Sutherland wants people to know you don't have to be pregnant to be affected by Zika, a point that comes up during Karina Diaz's visit with Dr. Evans. She tells him she thinks Zika's more of a risk for pregnant women.

Diaz assures Dr. Evans she is not at risk because she identifies as a lesbian and doesn't see pregnancy as a possibility. But he still advises precaution, going through the same checklist he did with her cousin.

He tells her the symptoms will resolve within 21 days.

“Most often it's less than five days,” he assures her.

Diaz tells me she'll be taking Zika more seriously now. She doesn't want to risk having to take that much time off work.

The doctor had one more piece of advice for her trip: Don't sleep outdoors. She looks at him like he’s crazy. Never, she tells him. Not even in New York.