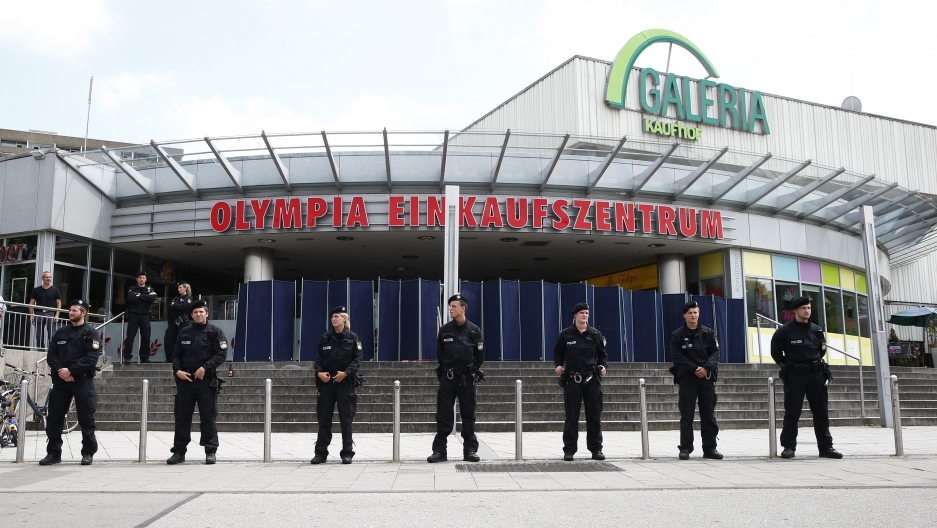 Unpredictable, untraceable and undefinable. A mindboggling problem for security officials.

These kinds of attacks have been plaguing the United States, France — and now Germany.

Just last week, Germany suffered four deadly terror attacks. "Every attack, every act of terrorism is one too many. Islamic terrorism has arrived in Germany and the people are rightly expecting us to stand up to this courageously,” said Horst Seehofer, governor of Bavaria, in an interview with the BBC.

“There’s a general sense of anxiety because it’s very unpredictable,” says Joerge Lau, foreign editor of Germany’s Die Zeit newspaper. “These attacks, they seem to be connected in a way, but they are not. We’ve seen so many attacks by perpetrators with very, very different motives. “

The string of violent events began with an ax-wielding man who attacked a train of passengers in Bavaria. It was followed by a machete attack, a deadly shooting in Munich and a suicide bombing on Sunday.

Two of these attacks were linked to ISIS. The other two, however, were unrelated. The first of which was carried out by a Syrian asylum seeker that police suggested was “a crime of passion.”

And the Munich shooter, a young German of Iranian descent who everyone thought was a radical inspired by ISIS, turned out to have more in common with the Aryan racist ideology of the Norwegian far-right terrorist Anders Breivik.

“It doesn’t fit any pattern, so it’s very hard for the public to figure out what we’re dealing with … it’s a mix of violence perpetrated by people who seem to be mentally destabilized, borderline crazy and also radicalized,” Lau says.

“Some [Germans] refer to the decision last year by the chancellor to open the borders to hundreds of thousands of refugees as the reason why there’s so much violence and disorder now, but if you look at the cases we’re dealing with, it really doesn’t make much sense because most of these [attackers] have been here longer or are not refugees at all.”

Despite the chaos of last week, “nobody is calling for the deportation of Syrian refugees,” says Lau.

Still, the lone wolf trend is a significant dilemma for German security.

Germany already has very tough laws concerning weapons, and according to Lau, “You can’t do much to make it stricter, and it’s not clear if it would even help against these acts.”

“It’s really hard to control [potential lone wolf attackers] or to even figure out who is a threat. Most of these people are not part of elaborate networks that you can easily police and control,” says Lau. “The problem is that with the huge wave of refugees last year, there are many people here whose identities are unknown, because there were just too many [for the authorities] to process.”

For now, Germans are settled on a temporary solution: beefing up the police. More than 2,000 police were dispatched to the mall in Munich during the shooting on Friday, which some say is the biggest public deployment since World War II. Germans are not against these kinds of measures, according to Lau.

“I think people are pretty comfortable with the police taking care of this.”