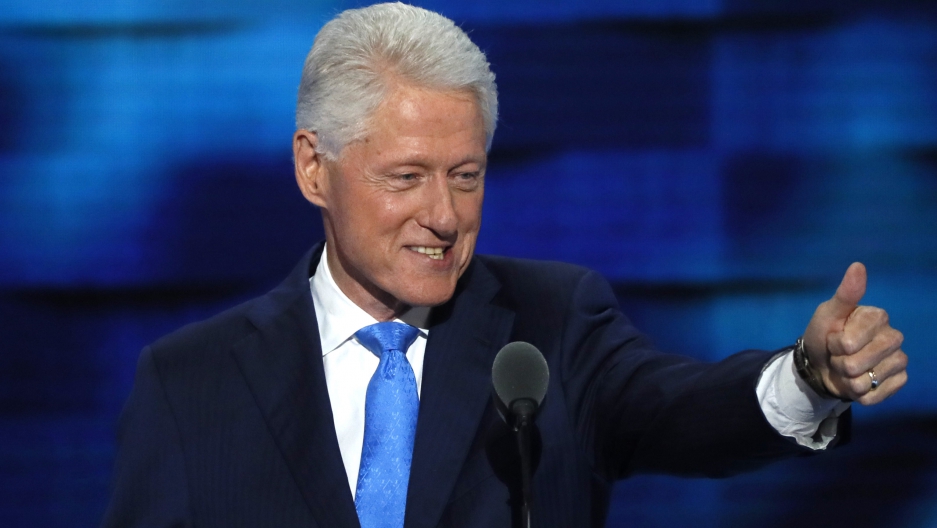 In Bill Clinton's primetime valentine to the 2016 Democratic candidate for president, he said this of Hillary Clinton:

"You could drop her into any trouble spot, pick one, come back in a month and somehow, some way, she will have made it better. That is just who she is."

Really? How about Syria?

Joshua Landis, director of Middle East studies at the University of Oklahoma, has studied Syria for years and lived there before the civil war.

“Well,” says Landis, “it would be very hard to really effect any major change in 30 days. That, I’m afraid, any president could not do.”

Which policy to pursue? That's been debated in Washington for years.

President Barack Obama has recently been moving in the direction of cooperating indirectly with Russia in destroying ISIS. That implicitly means allowing President Bashar al-Assad to remain in power, despite public rhetoric to the contrary. And it means pretty much abandoning the moderate rebels, mostly Sunni Muslims.

Another option would be to confront Russia, ramp up support for the Sunni rebels and focus on ending the Assad regime.

Landis says all the indications are that Hillary Clinton is leaning toward that second option, which contradicts the current US policy.

According to Landis, the argument is that “by taking down a dictatorial regime, we will in a sense combat Islamic extremism at the same time. Others say, no, that’s foolish: You get rid of the state, you cause chaos, and Islamic extremists expand.”

Either way, Landis says, both policies are unlikely to effect major change in 30 days, “either to destroy ISIS or get rid of Assad.”

The only exception, he says, would be a massive increase in US military intervention.