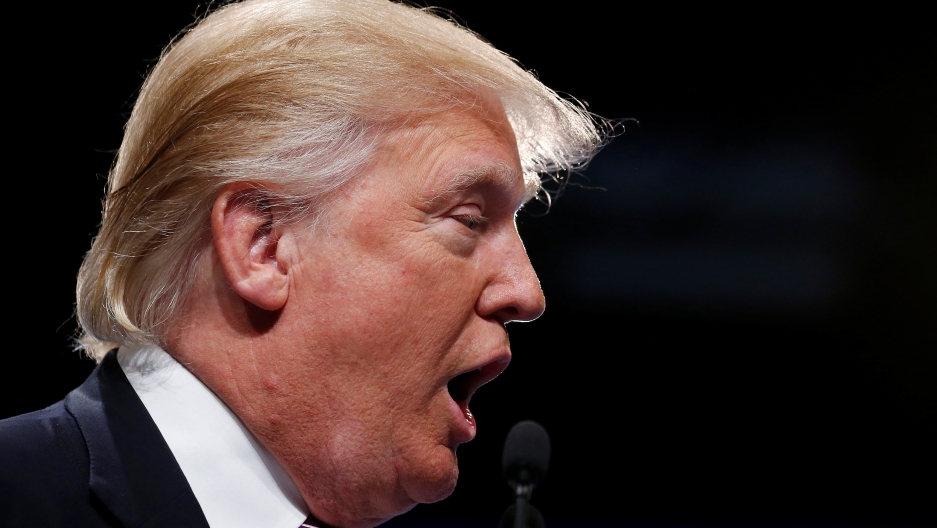 Russia involved in the US presidential race?

It's a pattern that Anne Applebaum has seen before. Russia has been successful before with hacks like the break-in of the Democratic National Committee's email system or in interfering in myriad other ways with foreign elections, says Applebaum, a foreign affairs columnist for the Washington Post.

"The Russians have a very long record of either hacking emails, making secret tapes, or finding what they call 'Компромат,' or compromising information about somebody, and publishing it at a crucial moment in a political cycle in order to disrupt that cycle," she says in an interview. "They've done it in Ukraine, in Poland, in Slovakia ... The method is always the same, and the impact is always the same."

Applebaum says that Russia has been increasingly successful with this type of intervention.

"What's amazing to me about this this time around is it's the same way that it happens in Ukraine — people don't focus on why the hack happened or who wants it to happen or what the motivations of the Russian hackers are," she says. "This is a very established Russian tactic that's been used multiple times in democratic elections, mostly in Europe."

According to Applebaum, these Kremlin-backed hackers use these leaks for a simple goal: to create aggravation and argument about a candidate the Russian government opposes.

"In this case, it's designed to make people focus on the DNC, Bernie [Sanders] and Hillary [Clinton], and make the party on the eve of its convention argue with itself," she says. "I think it actually did succeed in doing that."

Applebaum says that there were Russian markings on the malware used in the DNC hack. She adds that this incident looks like it's "exactly out of the Russian security service's playbook."

Why does the Kremlin want Trump?

"Donald Trump has very long business links to Russia — they know him, he has Russian funding for some of his companies, and he's involved with Russian oligarchs who have bought his companies," Applebaum says. "The Russians like to have relationships with people who they have kind of dirty information on, or inside information, so they would feel comfortable with him."

Just last week, Trump said that, as president, he wouldn't necessarily come to the aid of NATO allies in Baltic states if Russia attacked. Sir Richard Shirreff, former deputy commander of NATO from 2011 to 2014, told The Takeaway in May that Russia is planning to invade the Baltics after the US presidential election in 2017.

In addition to Trump's military stance, the Kremlin may also be looking favorably on the GOP nominee because he has said publicly that he admires Russian President Vladimir Putin.

"There's an argument that says Putin is what Trump wants to be," says Applebaum. "[Putin] is actually a lot richer than Trump, he lives in much more elaborate palaces, and he's much more powerful, so he may be a kind of role model for Trump, and the Russians can play with that."

The Trump campaign also has deep connections to Russian and Ukrainian politics. Specifically, Trump Campaign Manager Paul Manafort spent several years working in Ukraine for Viktor Yanukovych — the Russian-backed former Ukrainian president who was run out of the country after the Ukrainian revolution of 2014.

"Believe me, in Ukrainian politics, every dirty trick that you can imagine was used — every piece of disinformation, troll armies, hacks, fake information, and also the use of thugs at rallies," says Applebaum. "There are a lot of elements of Ukrainian politics that I've seen emerging in the US election campaign, and Manafort is running the campaign. He's very close to Trump, he's somebody the Russians know and like, so this is their candidate."

Some claim, according to Applebaum, that Russian money is keeping some Trump businesses afloat. If true, it wouldn't be inconceivable that the Kremlin has some sort of direct influence or leverage over The Donald, Applebaum adds.

"It's also true that they have insiders who are right around him," she says.

But the Democratic Party email hack may only be the beginning.

"One of the other patterns of these types of Russian influence operations is that it's not usually just one hack, it's several," Applebaum says. "Maybe not only the DNC — maybe from other places — but we could now see a stream of leaks and hacks and other things coming out between now and November if the Russians conform to patterns."