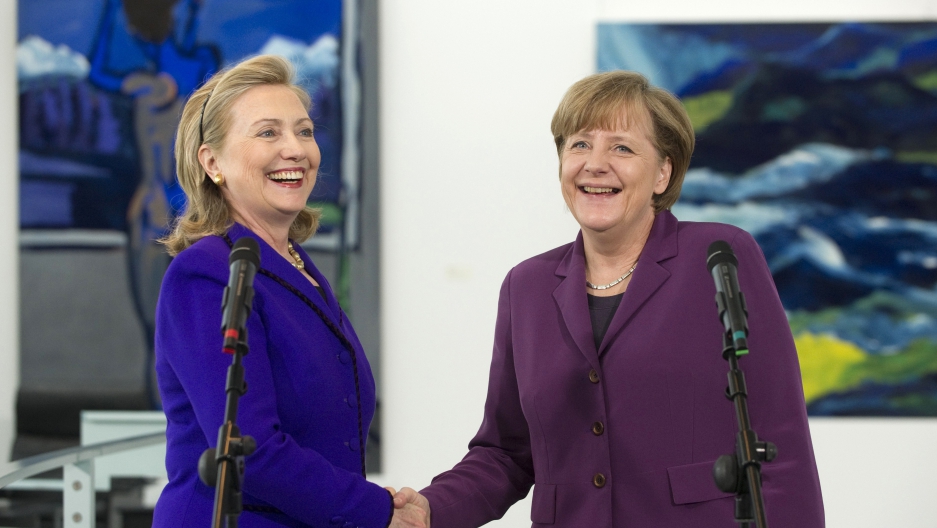 German Chancellor Angela Merkel shakes hands with US Secretary of State Hillary Clinton (L) prior to a meeting at the Chancellery in Berlin April 14, 2011.

Hillary Clinton is the first woman to be nominated by a major party for the US presidency.

If elected in November, Clinton would join German Chancellor Angela Merkel and British Prime Minister Theresa May at the helm of some of the world's largest economies.

Would that mark a turning point for women wielding power around the world?

“When America has a female president, then I will see a critical mass," says Jenni Murray, longtime host of the BBC's Woman's Hour. Murray thinks things are truly changing for women in positions of authority. "Obviously, it's tremendously exciting for those of us who took on the feminist mantle quite some time ago."

The numbers aren't so clear, though. A 2015 Pew Research Center report shows that while the number of female leaders around the world has grown, there still aren't many of them. And most women in power don't hold onto it for very long.

The United States, though, might still be reaching a turning point of its own when it comes to female empowerment. In Michelle Obama's speech on the first night of the Democratic National Convention, the focus was on how the next president would affect the lives of children, especially young girls.

"I watch my daughters, two beautiful, intelligent, black young women playing with their dogs on the White House lawn," Obama said. "And because of Hillary Clinton, my daughters and all our sons and daughters now take for granted that a woman can be president of the United States."

Thinking about Clinton's nomination reminded Murray of former British Prime Minister Margaret Thatcher, whom she reported on for many years. Murray, like many, has strong feelings about the Thatcher legacy — she wrote in 2013 that Thatcher did nothing for women. But while she disagreed with her politics, Murray remembers being excited about seeing a woman wield that kind of power. 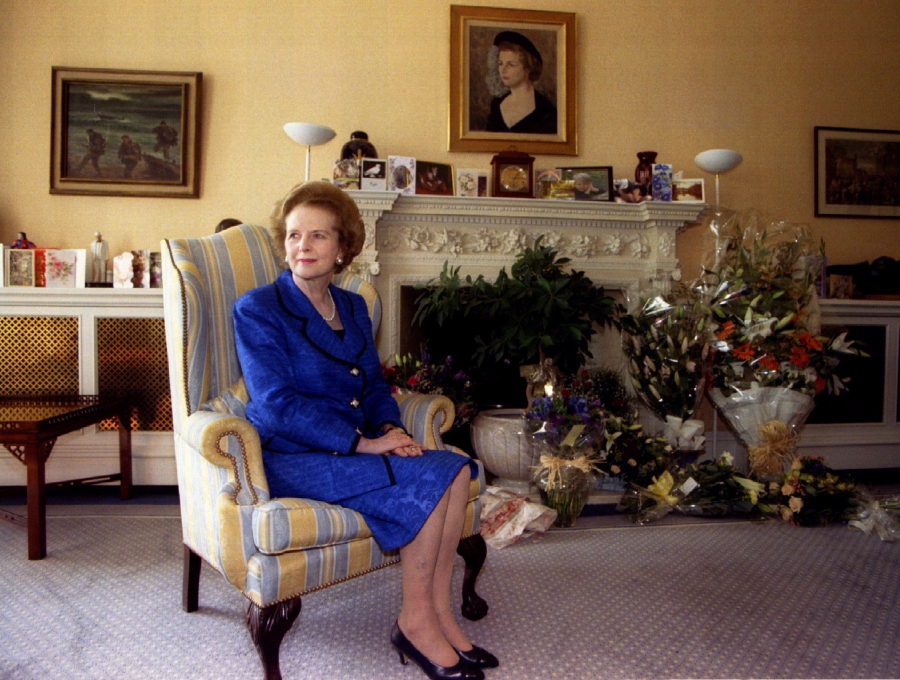 “When I look back on it now, I can see why she trod as carefully as she did," Murray says. "It seems ridiculous now, when the internet is full of young women calling themselves feminists quite happily. But in those days, to call yourself a feminist, it was the F-word. It was not acceptable."

In fact, over the years, Thatcher was very open about not being a feminist, Murray says. She would tell Murray that she didn't like strident women.

"I’ve always said that she didn’t have very much self-knowledge, because she was one of the most strident women I’ve ever come across in my life. But she had to be very careful not to overstep the feminist mark."

Murray thinks that Clinton has faced the same dilemma, even in a famous 1995 speech when she said that "women's rights are human rights."

So with all of the problems facing the world, does Murray think that having more women in charge could help?

"I always think women will solve problems better than men do," she laughs.