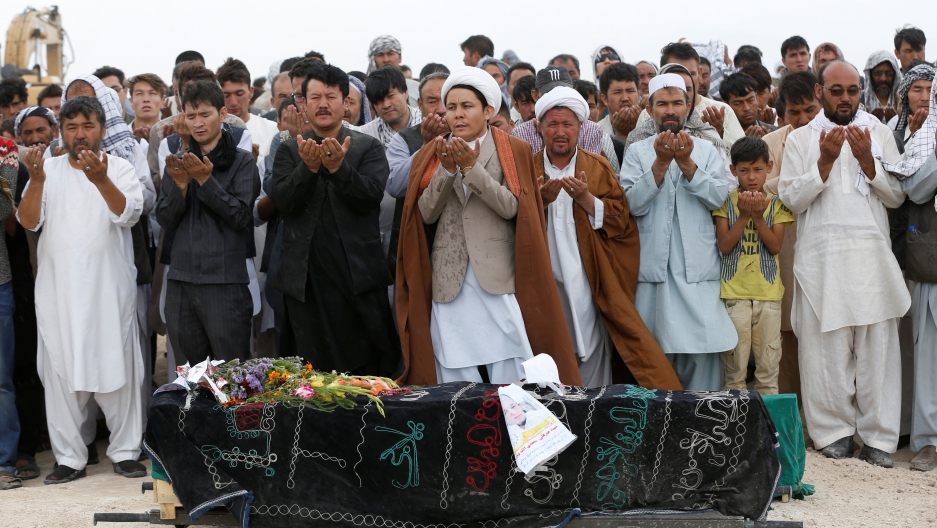 People perform prayers at the funeral for one of the victims of yesterday's suicide attack in Kabul, Afghanistan July 24, 2016.

Kabul was hit by twin suicide bombings over the weekend, killing at least 80 and injuring hundreds.

The blast targeted a demonstration that took place in the west of Kabul. The protesters were demanding electricity in a mostly ethnic Hazara province.

“This was a peaceful demonstration, this was a democratic move, this is the story of new Afghanistan, people marching on the streets demanding their rights, not with tanks and bullets, but through democratic means,” says Bilal Sarwary of The Independent, who was in Kabul at the time of the attack.

Thousands of Hazaras were among the protesters and they were directly targeted by largely Sunni ISIS. The Hazaras are a Shiite Muslim ethnic minority that makes up the third-largest ethnic group in Afghanistan.

“They are the underdogs of the Afghan society traditionally, they have been ignored by governments, there have been little developments in their areas. ... Even today you see more poverty, you see no roads being paved and you see no access to electricity,” Sarwary said.

The bombings in Kabul are another case that demonstrates the struggle that Afghanistan has been going through with both the declining US engagement and the consequent lack of media attention.

“It’s a soul-crushing country in many ways,” Sarwary said. “We are so attached to this country, in the meantime we just see it being hurt time and again.” 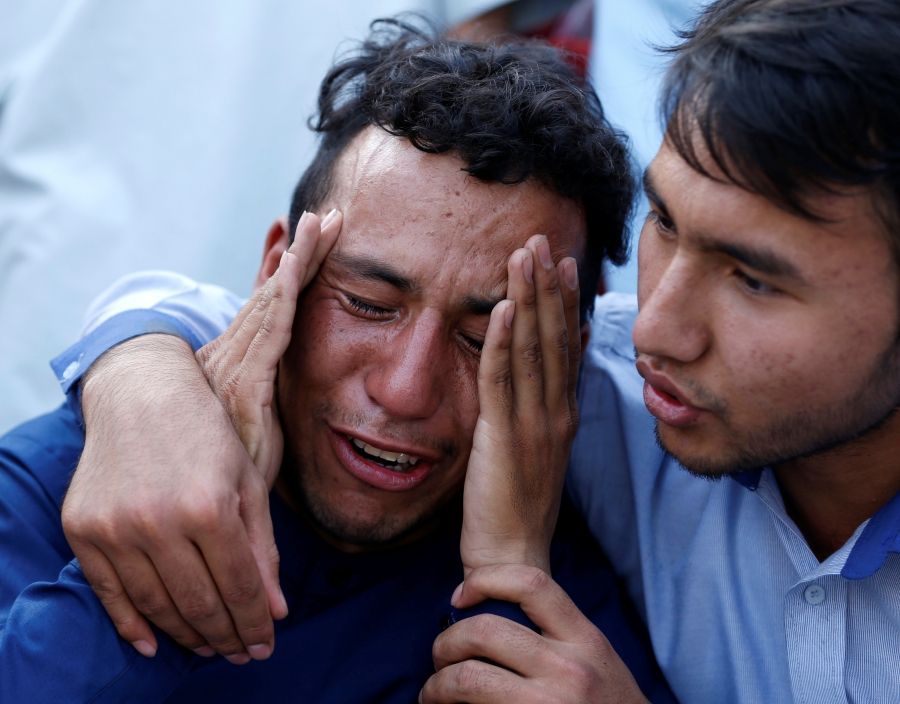 An Afghan man weeps outside a hospital after a suicide attack in Kabul, Afghanistan July 23, 2016.

Media attention in the US and across the West has shifted, to the 2016 election, the civil war in Syria, the refugee crisis and a series of terror attacks around the world.

“I think it’s very clear by now that the world has forgotten Afghanistan,” Sarwary said.

Sarwary said that Afghanistan has progressed since the Taliban lost control of the country in 2001. “If these gains are not protected, Afghanistan could very easily again be a safe haven for groups like Al-Qaeda. ... ISIS has a presence of sorts and now the Taliban are becoming more and more brutal,” Sarwary said.

According to Sarwary, the world has to decide whether it wants to ignore or support Afghanistan.

“It’s not about making Afghanistan into Switzerland. It’ll never be, you can’t have a Western-style democracy here ... but you can’t compare this Afghanistan to the Afghanistan of the 1990s when it was not a member of the international community,” Sarwary said.