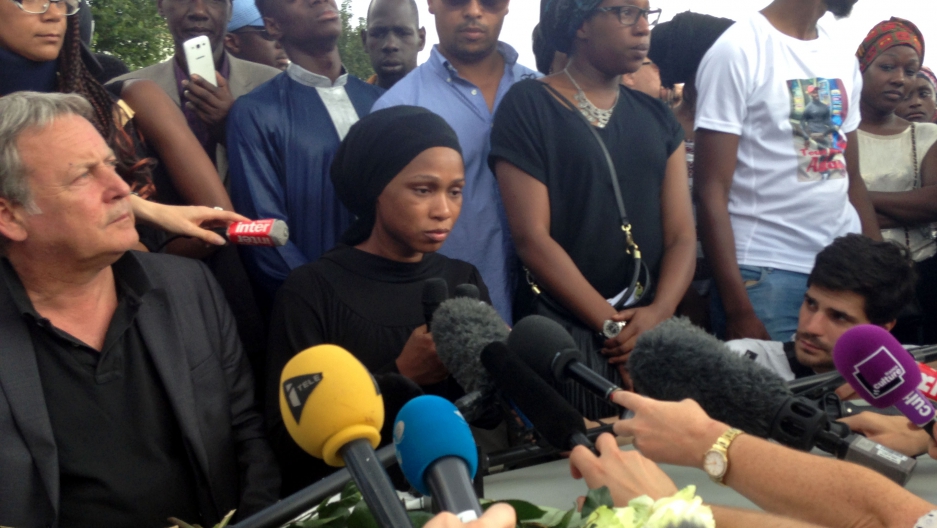 Assa Traoré and the family's lawyer Frédéric Zajac, spoke to the press and supporters three days after the death of her brother, Adama Traoré, in police custody.

Protests are growing in France over the death of a young black man in police custody. The family of Adama Traoré has repeatedly challenged the official explanations of his death in a town outside Paris. Authorities first said he died from a heart attack; later, that he had a severe infection.

“My brother was killed,” his sister, Assa Traoré, said last week. She noted that her brother died on his 24th birthday.

“He died in atrocious conditions, alone, without us,” she said. “I was overseas. I couldn’t even give him a hug to wish him a happy birthday.”

Adama Traoré’s case has attracted national attention in France, especially because some protests in his hometown of Beaumont-sur-Oise have turned violent and spread to several other suburbs.

This is by no means the first outcry over a police-involved death in the Paris region — riots over a similar incident shook France in 2005. But today, Paris activists are drawing on the Black Lives Matter movement in the United States to communicate their frustration and anger.

Assa Traoré spoke before a community march that drew a crowd of about 2,000 people, beginning in Boyenval, a lower-income neighborhood outside the quaint core of Beaumont-sur-Oise.

Caroline Vivier, who came out to show her support for the family, says tension between young people and the police is not new here.

“There has always been a relationship of force, for a long time,” she said. “And today, it’s being felt even more. We’re also thinking of recent events in the US. And unfortunately, today, we’re connecting these incidents.” 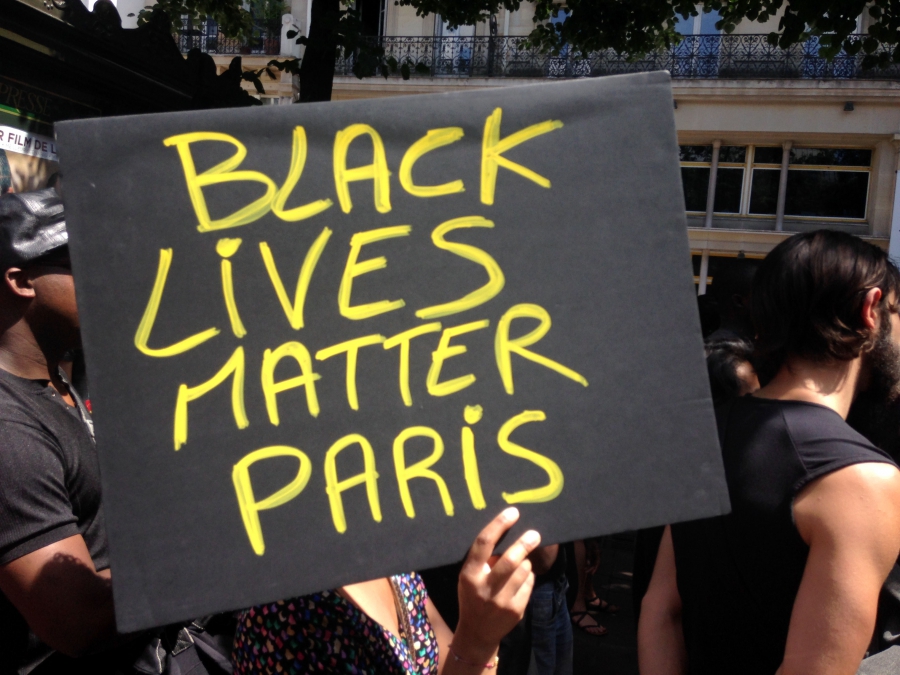 Protests over the death of Adama Traoré in police custody has energized a Black Lives Matter movement in France.

The following day, in a scene that would be familiar to Americans, a crowd of protesters chanting “Black Lives Matter” came face-to-face with lines of riot police in central Paris.

The event had actually been planned weeks before, as a march of solidarity with American fellow activists, ending at the US Embassy.

“This happened close to home,” she noted. “We were already affected by the events in the US and now it touches us even more.”

The protesters also chanted, in French, “Justice for Adama.” Both #JusticePourAdama and #BLMFrance soared on social media in the days after his death.

Paris authorities revoked permission for the planned march. So the crowd of a few hundred marched around the plaza, from entrance to entrance, blocked by national police.

“In the US, there are guns so the violence there is more powerful, more brutal, even more spectacular,” says Fanny Essiyé, a protester who describes herself as an Afro-feminist. “But there is also police violence in French neighborhoods.”

Essiyé ticks off a number of names of other young men who died in incidents involving police, including the two men whose deaths during a police pursuit sparked riots in 2005. Those days are what many people think of when they see cars burning in Beaumont-sur-Oise.

Essiyé, like Adama Traoré, is 24. She has a twin brother whom she says is regularly stopped by police.

“He was stopped once by police seven times in a day, even though he doesn’t smoke, he doesn’t drink, etc. And I have white friends who drink and smoke, who smoke illegal substances, and they are never stopped,” she says. “And I say, ‘Well, that’s bizarre!’”

The Black Lives Matter movement in the US didn’t start the conversation about police violence in France, of course; but it has energized it.

However, making comparisons between race relations in France and those in the US can get sensitive.

“The French media is always interested in questions of racism in the US. They don’t have any trouble identifying it and condemning it,” Essiyé said. “But when it comes to France, no.” 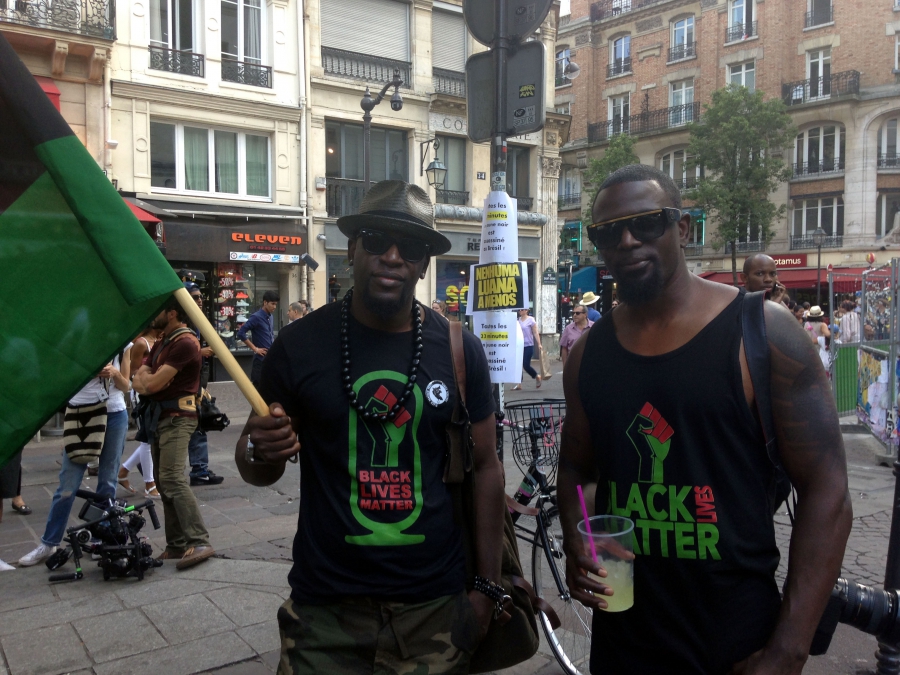 There was already a solidarity march for the Black Lives Matter movement scheduled in Paris. Then came the death of Adama Traoré in police custody.

On one side of the square, a heated argument takes place between a man eating at a café and a group of young protesters.

This is not an unusual attitude in France. There’s a lot of criticism here of American-style identity politics. In contrast, France is supposed to be strictly egalitarian and theoretically color-blind, so there’s an emphasis on downplaying differences.

But many of these young black activists believe this makes it difficult to deal with the racial problems that do exist.

“Today, we realize that the lives of black people aren’t treated in the same way as the life of a person of another community,” says law student Théodore Jean-Baptiste. “Not by the media, or by the justice system. So while France doesn’t recognize these differences, we see a failure in reality, because there is a difference in treatment.”

Jean-Baptiste plans to keep advocating for media coverage of Adama Traoré’s death until, he says, “justice is done.”

The next step in Traoré’s case? A new autopsy, requested by the family.