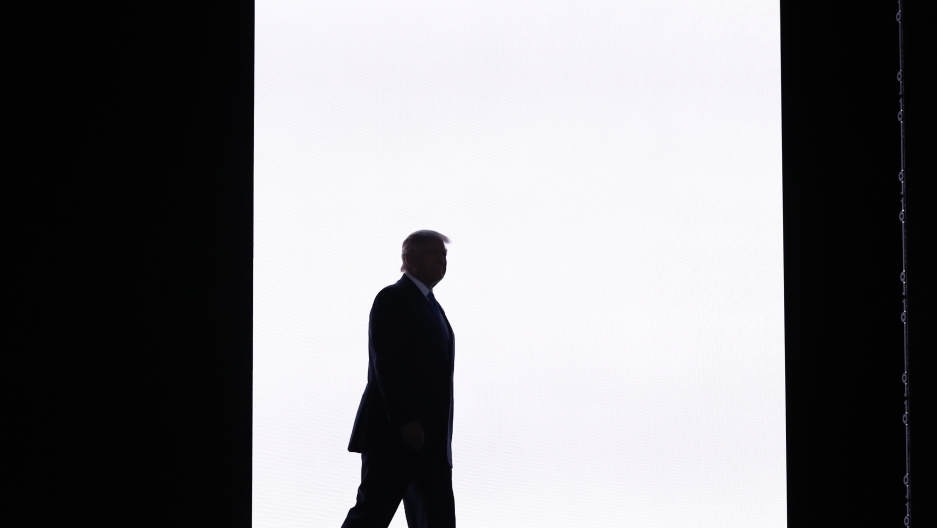 When it comes to foreign policy, Republican presidential candidate Donald Trump took quite a turn Thursday night in his acceptance speech.

He tore into Democratic presidential nominee Hillary Clinton for her “failed policy of nation building and regime change ... in Iraq, Libya, Egypt and Syria.” This, from the party which for years has supported intervention and promoting democracy abroad.

So often, discussions about Trump's foreign policy center around his idea to build a giant border wall between the US and Mexico, or his call to ban all Muslims from entering the US.

But how would a President Trump handle some of the other challenges facing the US abroad?

Let's start with the fast moving political situation in Turkey, an American ally.

Turkish President Recep Tayyip Erdogan has imposed the first nationwide state of emergency since the 1980s, and the government is cracking down, closing schools, arresting tens of thousands of people: judges, professors, teachers, military police and civil servants, anyone who’s seen as sympathetic to the country's failed coup.

In an interview with The New York Times, Trump praised the Turkish president.

“The coup never took place — the coup was not successful, and based on the fact, and I give great credit to him for being able to turn that around,” he said. 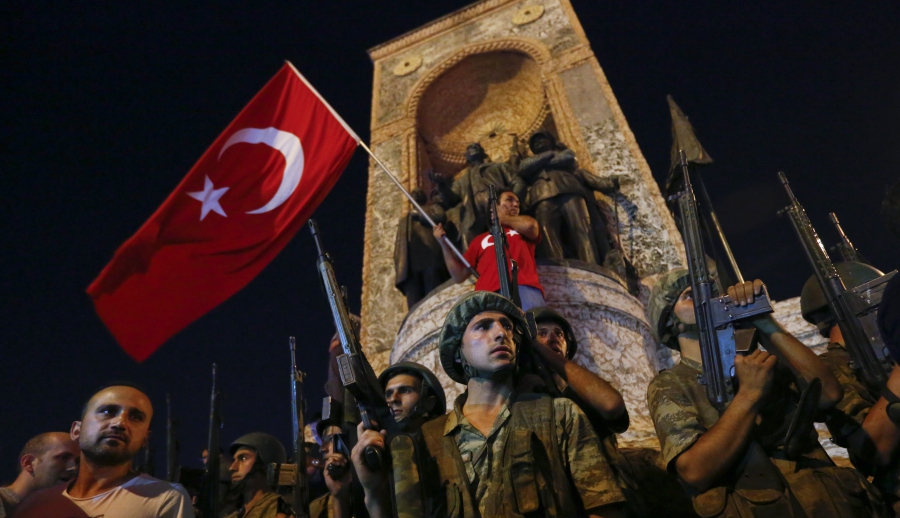 He was also asked about Turkey’s state of emergency and the crackdown on the opposition.

"I think right now when it comes to civil liberties, our country has a lot of problems, and I think it's very hard for us to get involved in other countries when we don't know what we are doing and we can't see straight in our own country," he said. "We have tremendous problems when you have policemen being shot in the streets, when you have riots, when you have Ferguson. When you have Baltimore. When you have all of the things that are happening in this country — we have other problems, and I think we have to focus on those problems. When the world looks at how bad the United States is, and then we go and talk about civil liberties, I don't think we're a very good messenger.”

When it comes to the Middle East in general, though, Trump has adopted a tough-minded, aggressive tone. At a campaign rally in Iowa, Trump said that as president he’d go after the oil facilities controlled by ISIS.

“I’d bomb the shit out of them. I would just bomb those suckers, I'd blow up the pipes, I'd blow up every single inch, there would be nothing left ... and I'd take the oil," he said.

“Bombing the hell out of ISIS sounds great, but might actually make matters worse,” says The World’s Richard Hall, who's based in Beirut. “Civilians die, and then ISIS uses these events as recruitment tools. So most political observers argue a more careful, diplomatic hand is needed. ... Trump portrays himself as a strongman. But the Middle East is a very complicated place, it takes a lot of nuance and a depth of knowledge that Donald Trump doesn’t seem to have.”

Trump's temperament, which some have described as full of bravado and swagger, may not be an effective way to negotiate with Middle East partners, Hall says.

“If we go back to the Iraq war, when US presidents have acted with their gut and not their clear-minded thinking, things have tended to go wrong. George W. Bush is seen as being responsible for much of the devastation in the region today. Then we have Trump's penchant for dictators. This has not served America well in the past.”

Instead of closing Gitmo, Trump said in February that he wants to “load it up with bad dudes” if he makes his way to the White House.

Reporter Arun Rath is at Gitmo this week, where the war court is back in session. Rath says a new administration in the White House could easily open the doors to additional inmates at Guantanamo Bay.

"If Donald Trump becomes the commander in chief that would be very doable,'" Rath says. "With all the releases that have been happening, the transfers that have been happening over the last several months, there would be room here. I know the folks here. If they were ordered by their commander in chief to ramp it up and make more space and allow more prisoners, that could certainly happen."

In the same speech in February, however, Trump complained that Gitmo is too expensive to operate.

"We spend $40 million a month on maintaining this place," he said. "Now, think of it — $40 million a month! What do we have left in there, like, a hundred people, or something? And we're spending $40 million?" Trump said in February. "I would guarantee you I could do it for a tiny, tiny fraction. I don't mean $39 million. I mean maybe $5 million, maybe $3 million. Maybe, like, peanuts."

76 prisoners are still held at the Guantanamo Bay prison.

Trump has also promised to bring back torture, a practice Gitmo prisoners charge was frequent at the detention facility.

Trump doesn’t mince words when it comes to China. He has accused China of “raping” the US and “stealing away” its jobs.

He has previously said that if, as president, he can’t hammer out a good deal with China, the US and China will “go separate ways.”

According to Vincent Ni, a reporter for BBC China, the Chinese government has been very calm and collected in response to Trump’s harsh language.

“China understands China-bashing is a very unique American political phenomenon,” he says. “Ever since Richard Nixon visited China in 1972, in every single American election, candidates will use China as a target when they’re justifying their domestic and international policies.”

Ni adds that China — and a good number of Chinese Americans — prefer a Trump presidency over a Hillary Clinton presidency."

Also, Ni explains, many Chinese like Trump because of his business background.

“China sees Trump more of a businessman, which means they can strike a deal with Mr. Trump,” he says.

For months, Trump has questioned the value of NATO, saying that member states need to increase their defense spending if they want American support. And this week, in an interview with The New York Times, Trump suggested that his administration would consider reneging on its treaty obligation to defend alliance members if they were attacked.

It’s in the Baltic states — NATO members Estonia, Latvia, and Lithuania — where Trump’s comments are most worrying. When asked whether he'd intervene in the event of a Russian attack in that region, Trump didn't give a direct answer.

"You can’t forget the bills," he told the Times. "They have an obligation to make payments. Many NATO nations are not making payments, are not making what they’re supposed to make. That’s a big thing. You can’t say forget that."

Read the full story: Trump's comments leave some European leaders worried about the future of NATO

Let’s start with Mexico. Since 1994, the US, Mexico and Canada have been parties to NAFTA, the North American Free Trade Agreement, which allows goods to flow freely between the three nations. Obviously, the trade deal has been controversial. Many say NAFTA laid the foundation for strong economic growth in the three countries. Others blame NAFTA for manufacturing job losses in the US. It’s complex.

For Trump, it's straightforward. The Republican presidential candidate is unequivocal on his position: He would renegotiate NAFTA and impose a 35 percent tariff, a tax on imports, from Mexico. Or, he'd rip up the trade agreement entirely, he says. 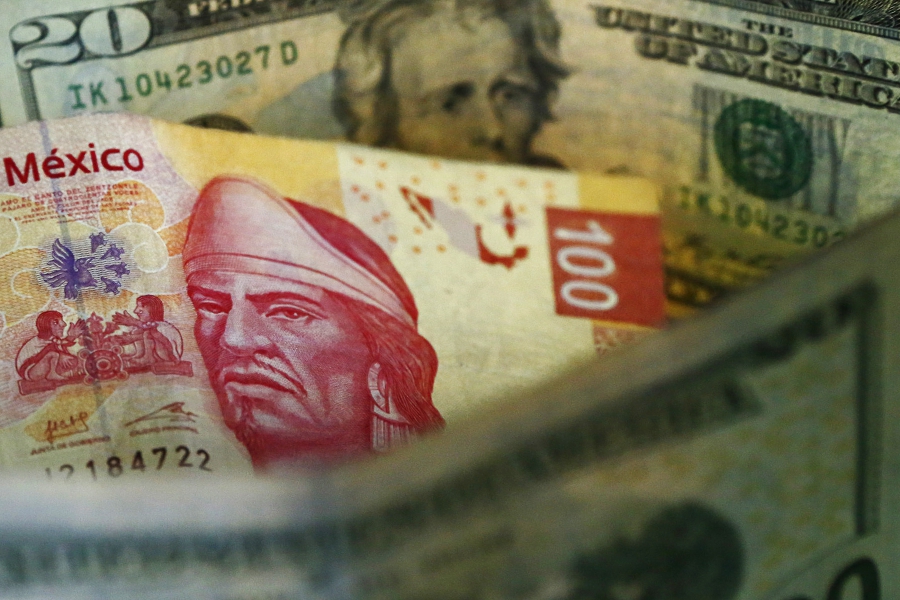 With China, Trump says he would impose a 45 percent tariff on Chinese imports.