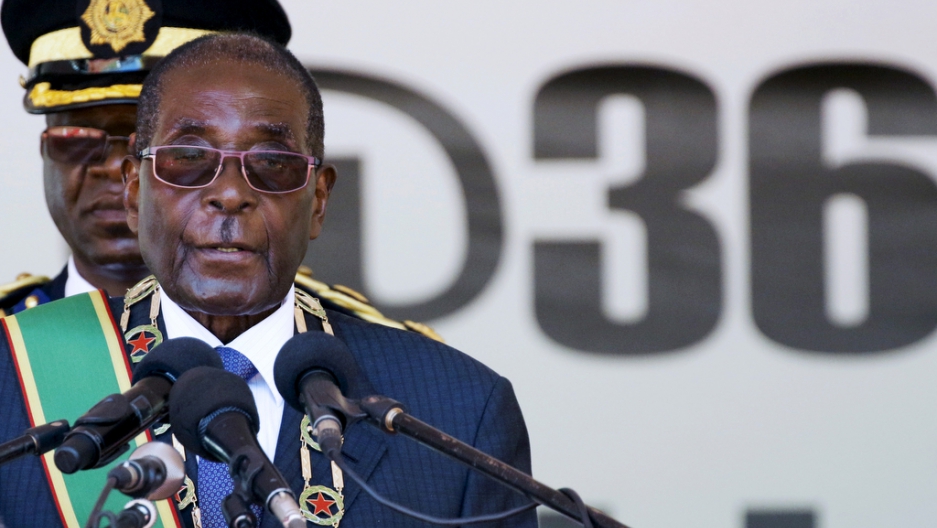 Zimbabwe's war veterans, who have played a crucial and sometimes violent role supporting President Robert Mugabe, on Thursday denounced him as "dictatorial" in the latest sign of growing national instability.

A series of recent street protests — the largest in many years in Zimbabwe — has been triggered by an economic crisis that has left banks short of cash and the government struggling to pay its workers.

Mugabe, 92, has often used his security forces to crush dissent since he came to power in 1980 after leading the liberation war in the 1970s that ended British colonial rule.

But the surge of rare public demonstrations have revealed deepening anger at the ageing president, who has vowed to stand for re-election in 2018, and at his ruling ZANU-PR party.

The Zimbabwe National Liberation War Veterans' Association issued a strongly-worded statement in Harare, saying it would no longer support Mugabe in elections.

"The ZANU-PF party leadership has dismally failed to... address the economic problems that have beset our great nation," it said.

"We note with concern, shock and utter dismay the entrenchment of dictatorial tendencies, personified by the president and his cohorts."

In February, Zimbabwean police shocked many observers by using water cannon and teargas to prevent a meeting planned by the previously loyal war veterans to air their grievances against the regime.

Starting in 2000, the war veterans led the seizures of white-owned commercial farms in what Mugabe said was a reversal of imbalances from the colonial era.

The government-supported seizures have been blamed for the drastic slump in food production that contributed to the country's economic collapse.

Some veterans have also been accused of the widespread intimidation and violence during past elections that have kept Mugabe in power.

This week, Mugabe shrugged off criticisms by Christian pastor Evan Mawarire, who has become the figurehead of the anti-government protests fuelled by social media postings.

"I don't even know him," Mugabe said, accusing Mawarire of inciting violence and being backed by foreign countries.

Earlier this month, many offices, shops and some government department were closed for a one-day strike against economic troubles that have been worsened by a severe drought.

Zimbabwe spends at least 80 percent of its revenue on state workers' wages, according to officials, and about 90 percent of the population is out of formal employment.

Last week hundreds of Mawarire supporters rallied outside a Harare court until he was released when a case against him of attempting to overthrow the government was dismissed.

Other protests have erupted at the border with South Africa after many basic imports were outlawed, and in Harare over police officers allegedly using road blocks to extort cash from motorists.

The war veterans' anger at Mugabe has been heightened by criticism aimed at them by his wife, Grace, 50, who is one possible candidate to succeed him.

Some of the veterans back former vice-president Joyce Mujuru, herself a former fighter, to take over as president.

She was expelled from the ZANU-PF party in 2015 at the apparent instigation of Grace, who accused her of plotting to topple the president.

Other veterans support Vice President Emmerson Mnangagwa, a hardliner seen as the most likely successor to Mugabe.

Salaries for civil servants and soldiers have again been delayed this month, and further protests are planned in the capital on Saturday and Monday.

The government is seeking an International Monetary Fund (IMF) loan to ease the money shortage, but donors are wary of support that could prolong Muagbe's rule rather than encourage reform.

Zimbabwe abandoned its own currency in favour of US dollars in 2009 to end hyperinflation.