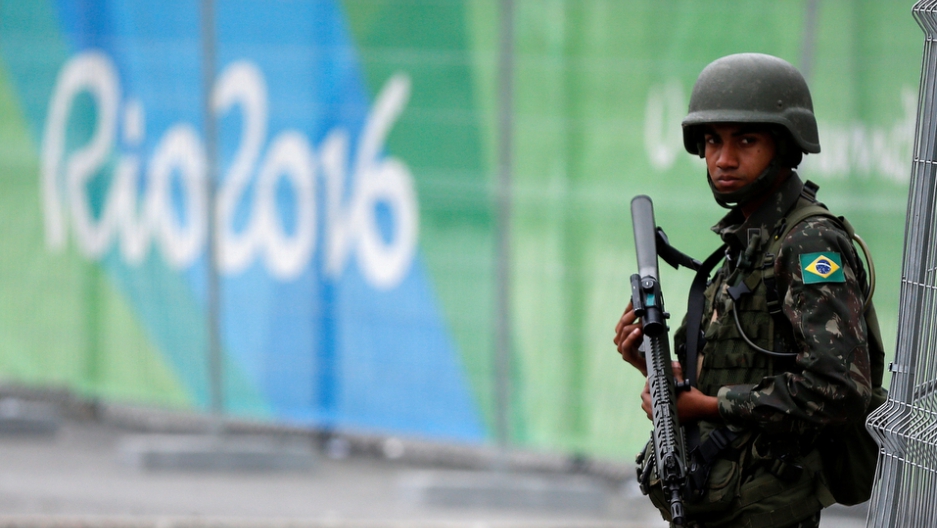 The group, made up of Brazilians, allegedly declared loyalty to the Islamic State organization and discussed buying weapons.

"There was an order between them to start training in martial arts and to (obtain) ammunition, weapons with which they could carry out an act," de Moraes told a hastily called press conference.

"This was in progress. One of them had got in contact with an underground weapons site in Paraguay, asking to buy an AK47" assault rifle, he said.

"This was crucial because it proves an act of preparation."

The group was monitored when it discussed the alleged plans in Internet communications, the minister said. It was not clear how far concrete preparations had progressed.

In a statement, the justice ministry said that it had launched "Operation Hashtag to break up a group involved in the promotion of Islamic State and the preparation for carrying out terrorist attacks and other criminal acts."

About 130 officers took part in the operation in which 10 were arrested and two more temporarily detained, the statement said.

The arrests and 19 searches were conducted in states across the country, ranging from the Amazonas region to the financial capital Sao Paulo and Rio de Janeiro, where the Olympics open on August 5.