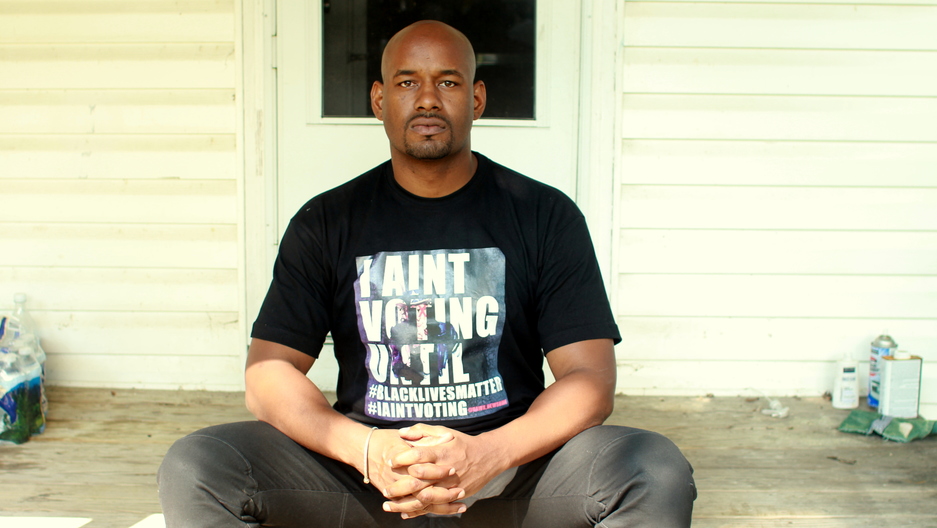 Black Lives Matter activist Hawk Newsome is calling for people to abstain from voting until the major parties listen to African American concerns.

He and other activists in the Black Lives Matter movement have this week driven all the way from New York to Cleveland to demonstrate outside the Republican National Convention, couch-surfing with friends along the way. Next week, they'll be doing the same in Philadelphia at the Democratic National Convention.

But one thing that Newsome and his friends say they won't be doing in November is voting. For anyone.

"Neither party has stepped to the front and made Black Lives Matter a priority," he says. "Hillary Clinton has the votes of millions of African Americans in her hands. But she's promoting herself. And the problem is that we are settling [for that]!"

Newsome is leading a new campaign to get African Americans to do something that few civil rights leaders have recommended: stop voting. He believes that only by withdrawing support from the major parties can black communities force politicians to address their concerns about police brutality.

He calls it "I Ain’t Voting" — and he says he’s aware that it could be seen as a rejection of the struggle that a previous generation went through.

And he believes that the nomination of Donald Trump may in fact be an opportunity for African Americans in this election cycle. Newsome believes Donald Trump has revived white supremacy as an ideology in US politics — but that his candidacy is will also force Hillary to fight for every vote she can get in November.

“Black Americans have a chance right now collectively to say to the Democrats: ‘Hey, if you don’t give us criminal justice reform, we’ll give the country to Donald Trump.' That’ll send the Democrats into a frenzy. Black lives will matter then, I guarantee you."