Cleveland Indians flags on display at a downtown Cleveland sports bar near the Republican National Convention.

The day before the Republican National Convention kicked off in Cleveland, Bee Schrull with Cleveland’s American Indian Movement joined a mishmash of progressive groups gathered to protest “hate” and “fascism.”

Schrull gave a speech before the group marched toward downtown Cleveland, but it was a Black Lives Matter speaker who kicked off the march.

“Indigenous lives, along with Latino lives, have also been lost to the police ... but we don’t hear about it,” the speaker said. “But we have to also remember that Black Lives Matter is in the forefront of this movement.”

Schrull appreciates the solidarity among minority activists, but she found that statement divisive.

“I feel like we should both be in the forefront together, because we are both being killed in these streets like we’re animals by these cops,” she said. “We are both experiencing the same level of oppression, and quite frankly, Native Americans are experiencing it more."

American Indians and Alaska Natives make up just under 1 percent of the US population, according to 2010 census data, and their turnout in presidential contests has been low.

The Black Lives Matter movement has picked up huge momentum fighting police brutality toward black people. But Native issues are rarely in the social justice spotlight.

That's despite the fact that Native communities have problems with police violence, too. 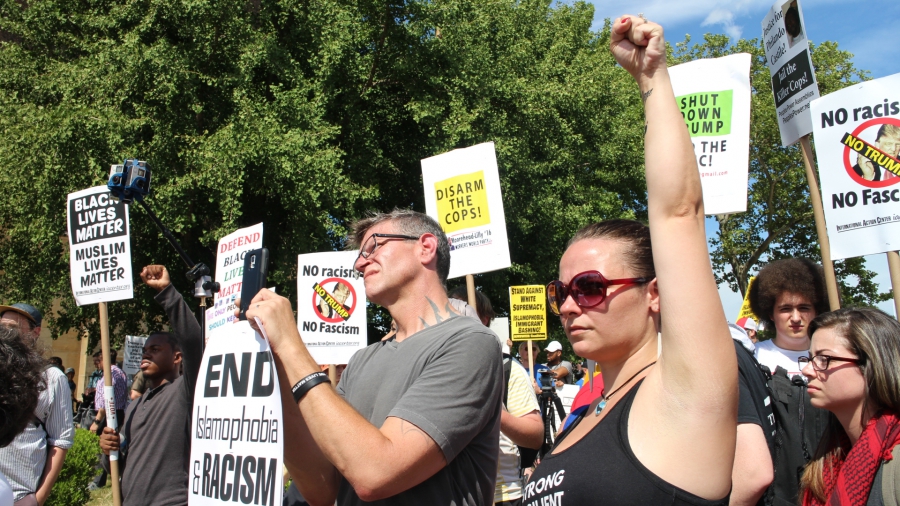 Bee Schrull of the American Indian Movement of Cleveland raises her fist at an anti-Trump protest.

To Schrull, who is Cherokee, Native rights factor into immigration debates, too. She contends that people crossing the US-Mexico border are also Native Americans, or their descendants. “There are no illegal immigrants" coming from Mexico because "the border crossed them, they didn’t cross it."

The RNC happens to be taking place next to the baseball field where the Cleveland Indians play.

Native American activists have been trying to change the team name and its mascot, Chief Wahoo, since the 1970s. Both Schrull and Philip Yenyo, a Cleveland native with the American Indian Movement (AIM) of Ohio, feel it’s disrespectful for the GOP to bring the convention to a venue nearly adjacent to the ballpark they’ve opposed for decades.

The executive director for the Cleveland AIM, who goes by Sundance, says it shows how little Native Americans are represented in US politics.

“Indigenous people, we deal with racism every day in this [city],” he says. “We have a baseball team that has ‘Indians' as its team name. … For [the RNC] to ignore what has been going on for the past 46 years or so is really disheartening, and I think it speaks to the politics of the country."

“I’m not impressed with [the Republican] nominee or presumed nominee, especially with his history and rhetoric against Native people in his casino dealings,” Yenyo says. 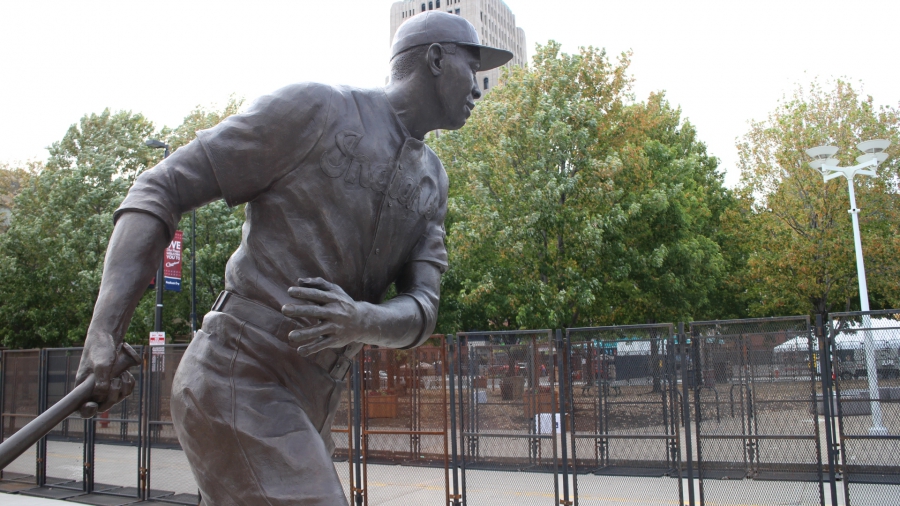 He’s referring to a 1990s lawsuit Trump brought against the federal government seeking to block Native casinos. At the time, Trump owned three casinos in Atlantic City, which were facing growing competition from Native-run establishments.

“It’s really troubling that the Republican Party would [nominate] somebody that clearly has racist viewpoints,” says Yenyo, who is Mexica or Aztec Indian. "To continue hate speech against a living culture is a little ridiculous.”

Immigration is a big issue this presidential election, as it often is. The convention opened Monday with the theme “Make America Safe Again” and a focus on combatting illegal immigration. There was no mention of Native Americans.

During her speech at the RNC, Trump’s wife Melania, a Slovenian immigrant, said her husband wants to represent all Americans — "Christians, Jews, Muslims, Hispanics, African Americans" — but made no mention of indigenous citizens.

Yenyo thinks his people are forgotten on the political stage partly because their numbers are small.

“We’re .1 percent of the population,” he says. “You have to have numbers and population to have any political power, and we have none.”

Sundance says it’s good to see the nation paying attention to Cleveland during the convention. But he wishes the attention would extend beyond the RNC, especially on the issue of the Cleveland Indians.