For the Algerian band Democratoz, getting audience members up and dancing isn’t the only goal. They want a revolution.

Known for their eclectic mix of Algerian rai, rock and reggae, the seven members of Democratoz came together in 2011 shortly after Algeria’s 19-year-long state of emergency. Now five years later, the group is beginning their first tour of the US sponsored by Center Stage, an exchange program of the State Department’s Bureau of Educational and Cultural Affairs.

Just by looking at its name, its clear Democratoz has political roots. The word itself means a lack of democracy, which lead vocalist Sadek Bouzinou and guitarist Popay Guetta Ba say is especially prevalent in Algeria, as well as other parts of the world. 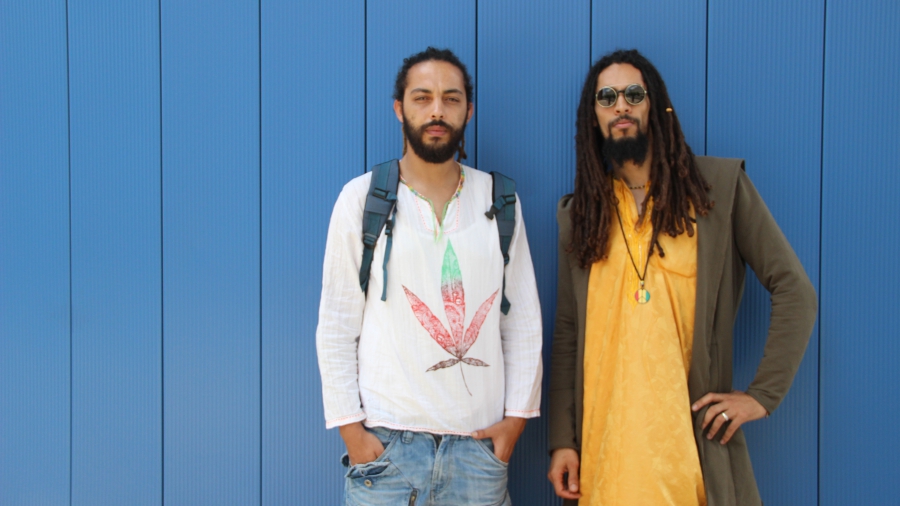 “It’s not the democracy we want, this is a democratoz. It’s not democratic,” says Guetta Ba. “It is also one thing that inspires to do what we do and talk about what we talk about.”

Democratoz’s “Kartona” is a product of this mentality, as the song reflects the struggle of a local homeless man.

The history of Algeria’s prolonged state of emergency has also been a source of musical inspiration for the group. Musical freedom was just one of several activities restricted under the tight censorship that existed at the time.

“I think if we didn’t live the way that we live and we didn’t have this history, I don’t know, it’s possible we never make music,” Bouzinou says.

He knows change, and especially crisis, have the potential to turn out beautiful music.

While traveling the states, Bouzinou and Guetta Ba are looking forward to getting to know American citizens. Building connections between the two cultures was one of the initial goals of the exchange.

As Muslims, the musicians hope to spread an image of Islam that is free of misrepresentation.

“I think the message I would like to express is about Muslims … and about Muslims' rights. Because we are Muslims, we are artists,” Bouzinou says. “We are here to give hope to people.”

Despite anti-Islamic rhetoric floating around the US media, Democratoz is ready for their international debut.

“Personally, I feel proud to be here,” says Guetta Ba.