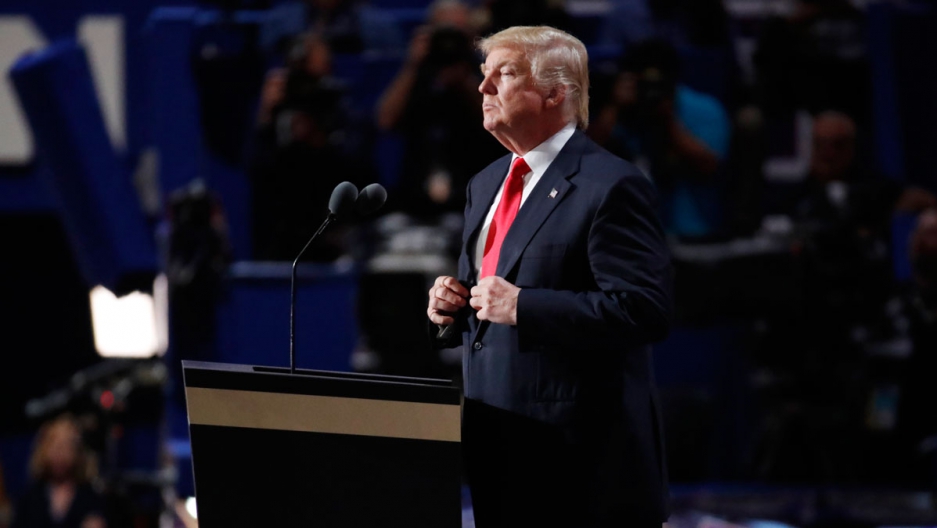 Republican Presidential Nominee Donald Trump pauses during his speech at the Republican National Convention in Cleveland.

In the final night of the RNC in Cleveland, Donald Trump officially accepted the GOP presidential nomination. The convention ended with a fiery and forceful speech from Trump who argued that he is the "law and order" candidate.

The four-day event ended in balloons, but it wasn't without controversy as Ted Cruz, the former Republican US presidential candidate refused to endorse Trump upending the GOP convention on Wednesday.

And while it's official, Donald Trump is now the Republican nominee for US president, the party has evidently not come together behind his campaign.

On the Cleveland streets outside the Republican National Convention, protesters and activists of all stripes continued their efforts, trying to show the divisiveness of the party's new nominee.

Next up in US presidential politics, the Democratic convention in Philadelphia. For now, here are glimpses inside and outside the convention. 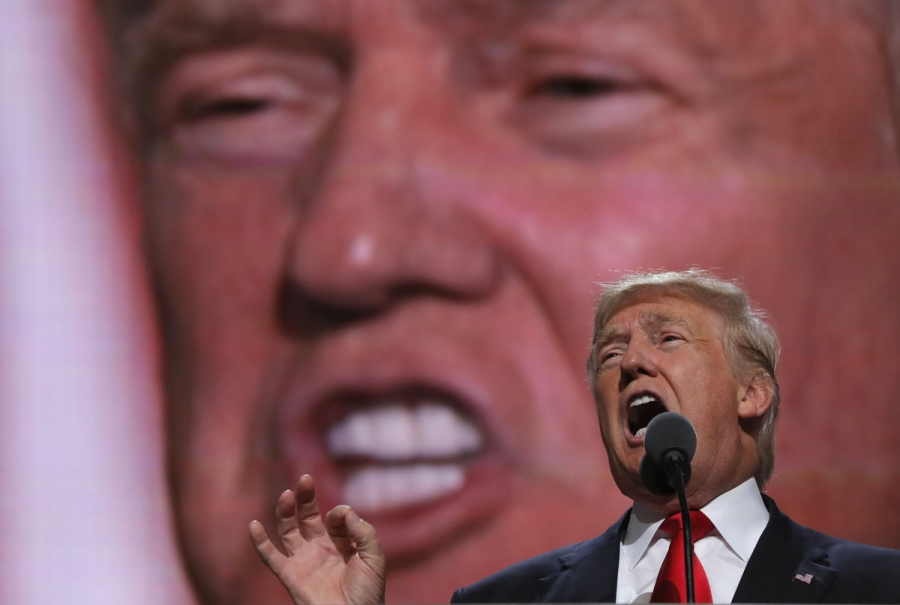 Donald Trump speaks as he accepts the nomination during the final session of the RNC. 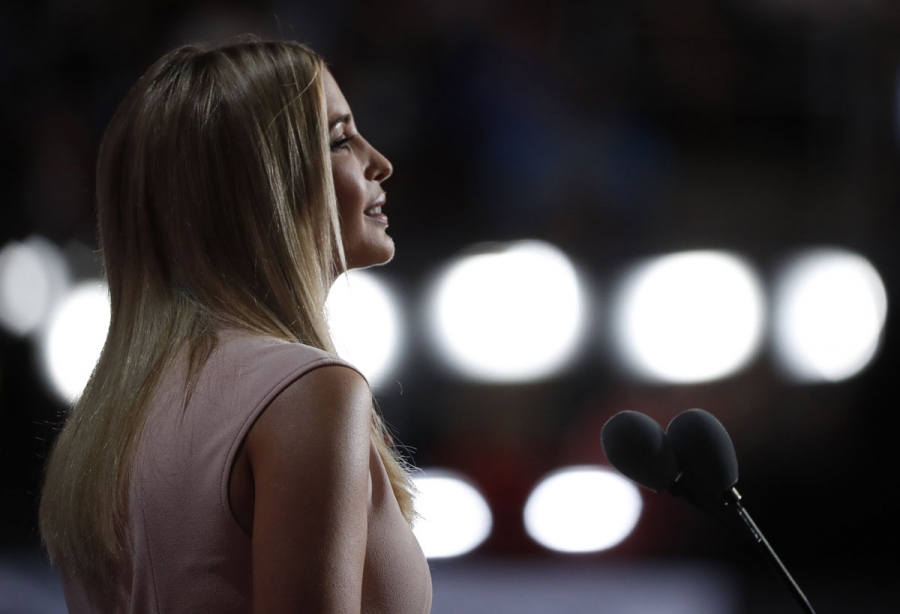 Ivanka Trump speaks during the final session of the RNC.

There were lots of balloons 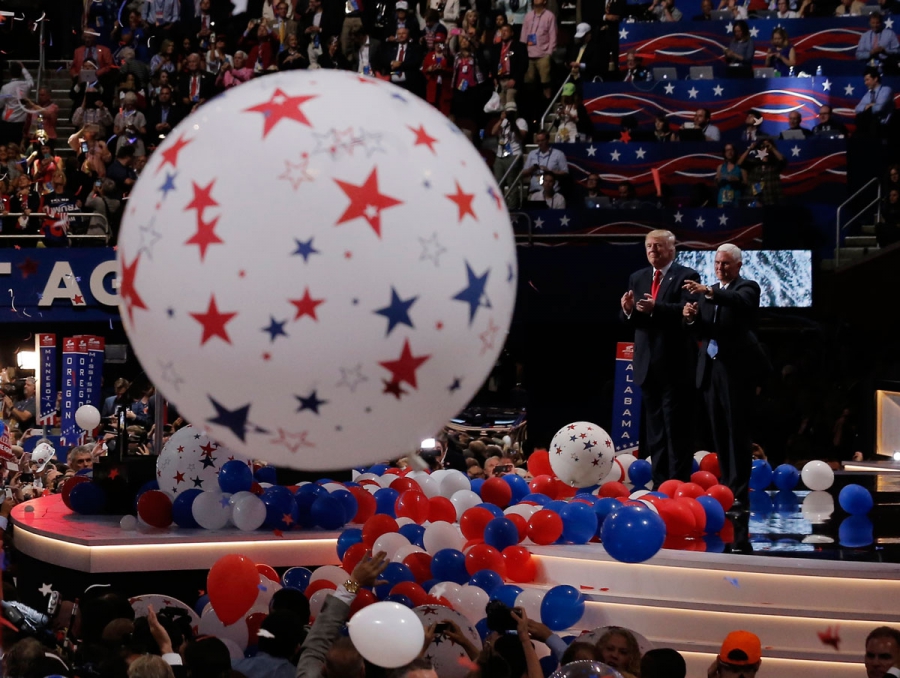 Donald Trump and his running mate Indiana Governor Mike Pence at close of the RNC. 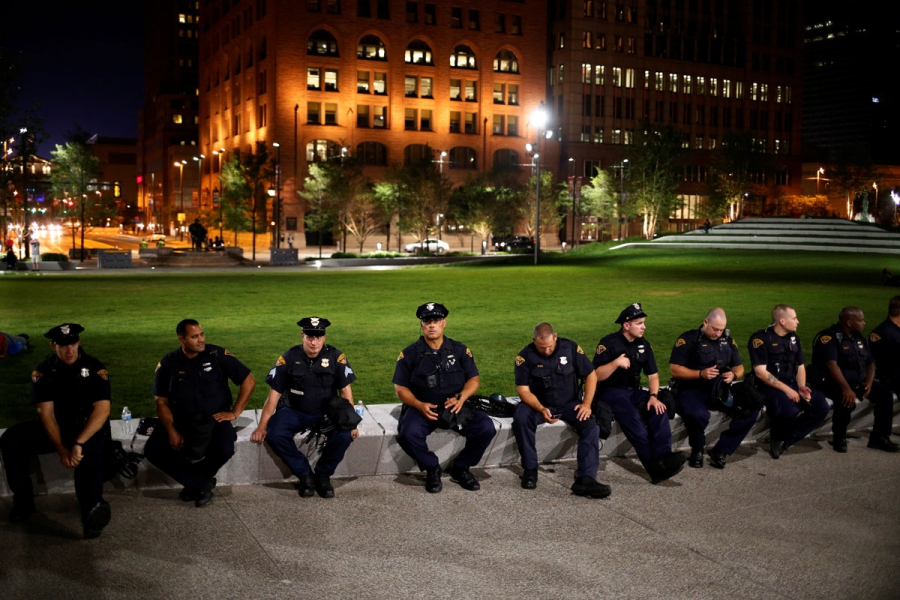 Cleveland Police officers rest in Public Square park after the end of speeches at the RNC. 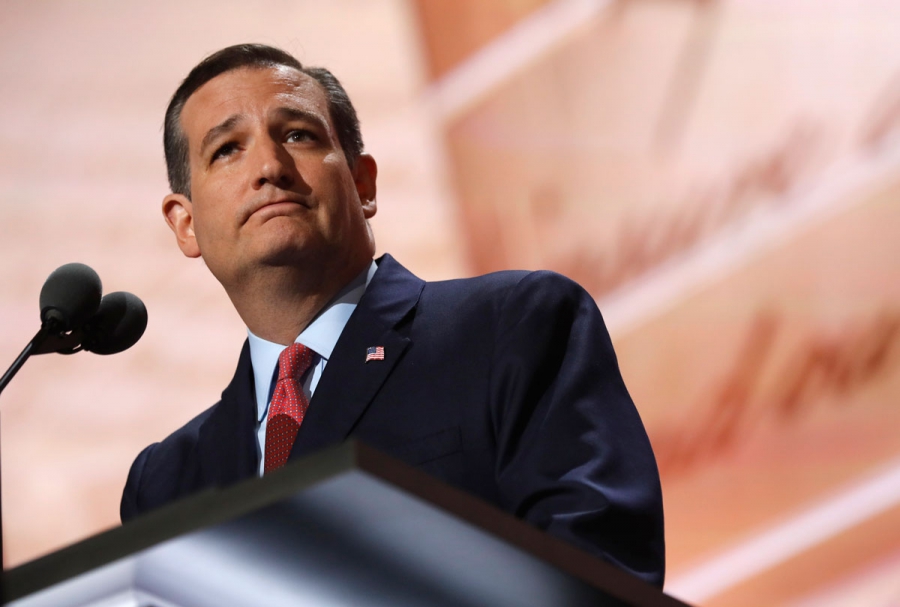 Senator Ted Cruz gives a thumbs up after speaking during the third night of the RNC. 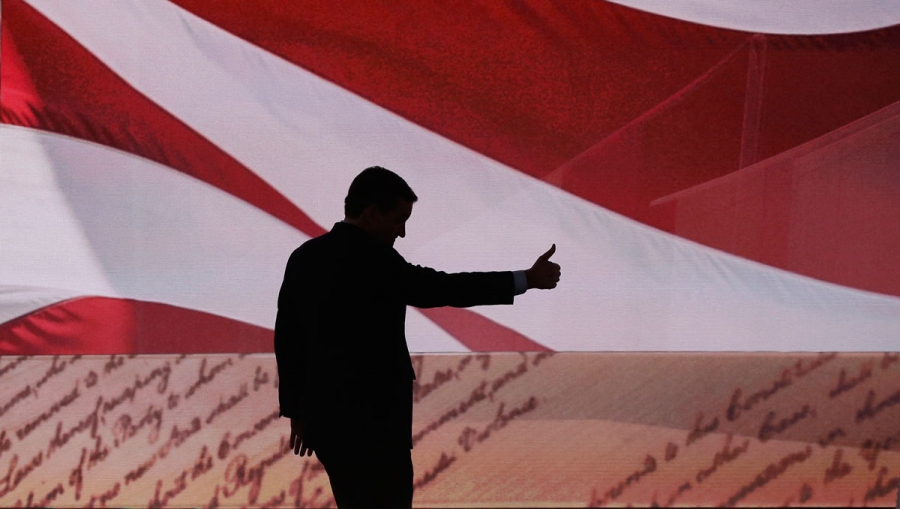 Former Republican US presidential candidate Ted Cruz leaves the stage after speaking at the RNC.

Pence over shadowed by Cruz? 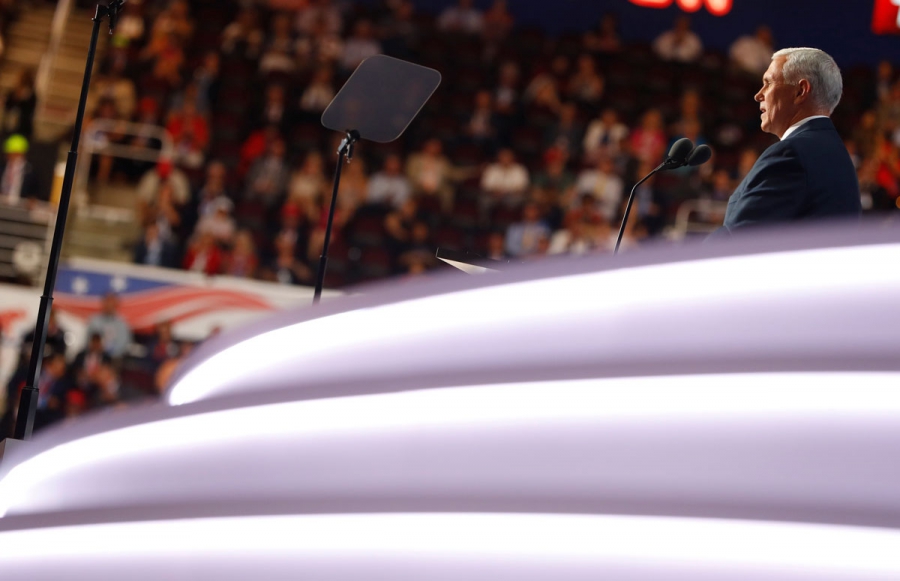 Also, there was an awkward non-kiss 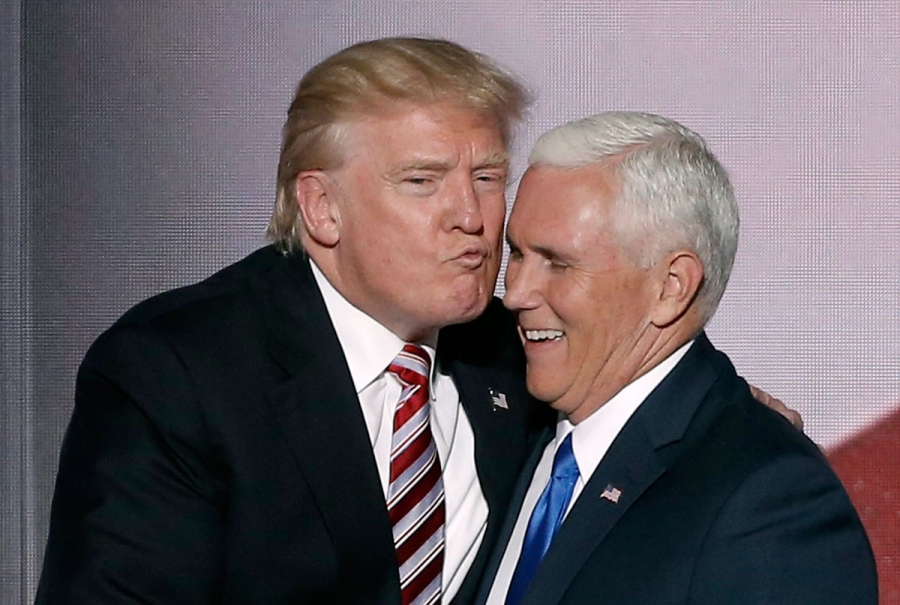 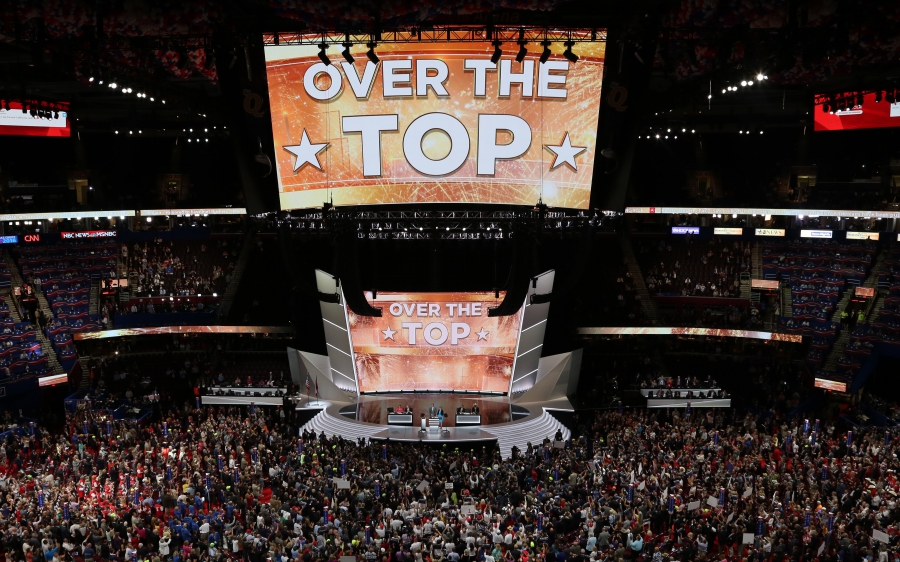 The New York delegation puts Donald Trump over the top to win the 2016 Republican presidential nomination.

The Trump family: Out in force with smiles 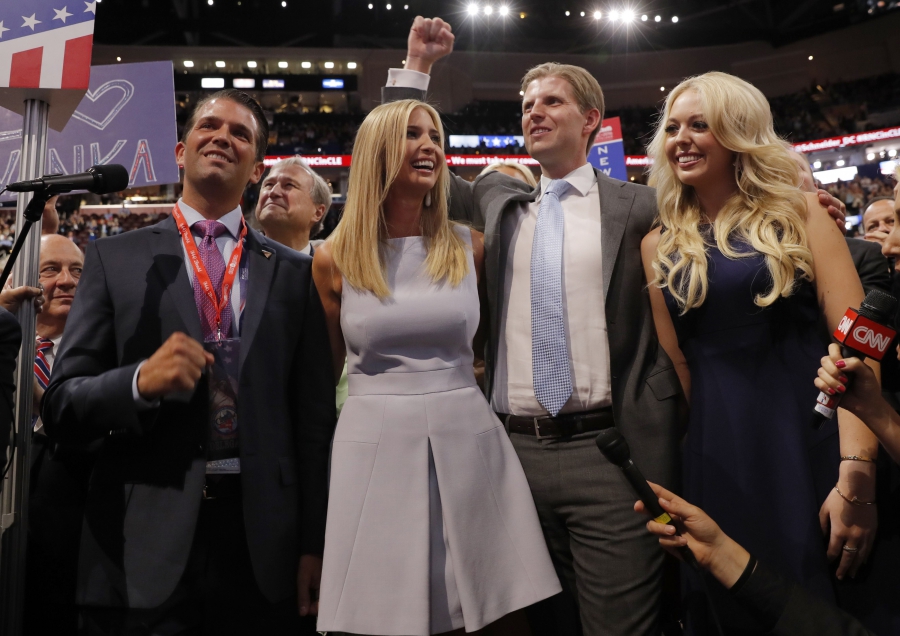 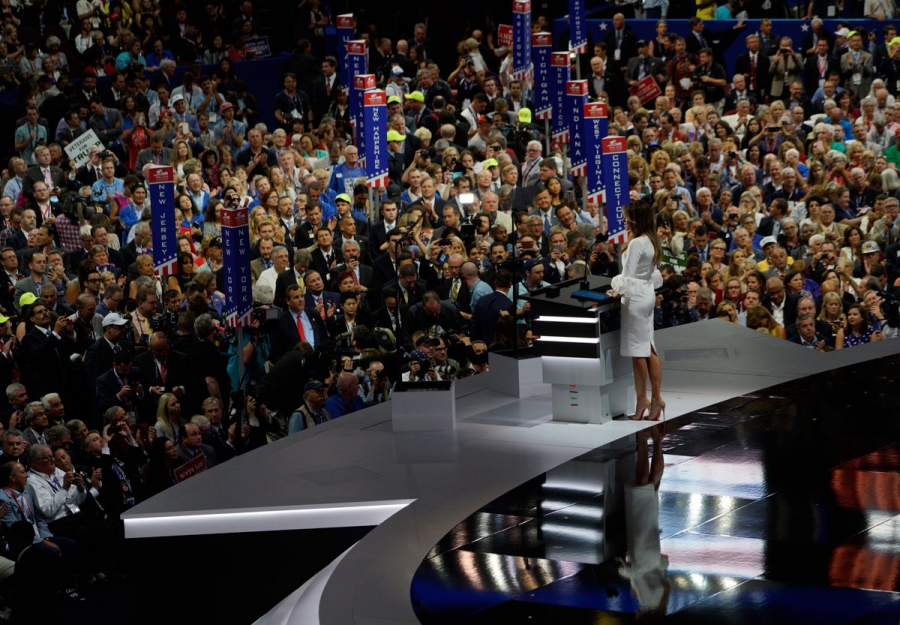 Melania Trump speaks at the RNC Monday. Her speech raised questions about plagarism after many noticed similarities to a speech by Michelle Obama in 2008.

And earlier ... some people had guns 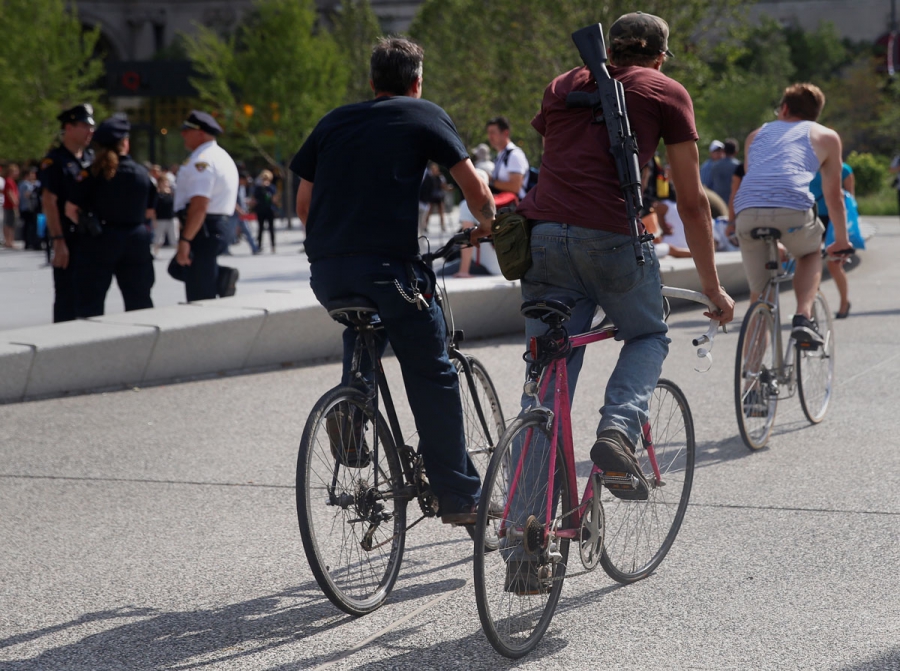 A man rides on his bike with a gun over his shoulder at public square outside the RNC. 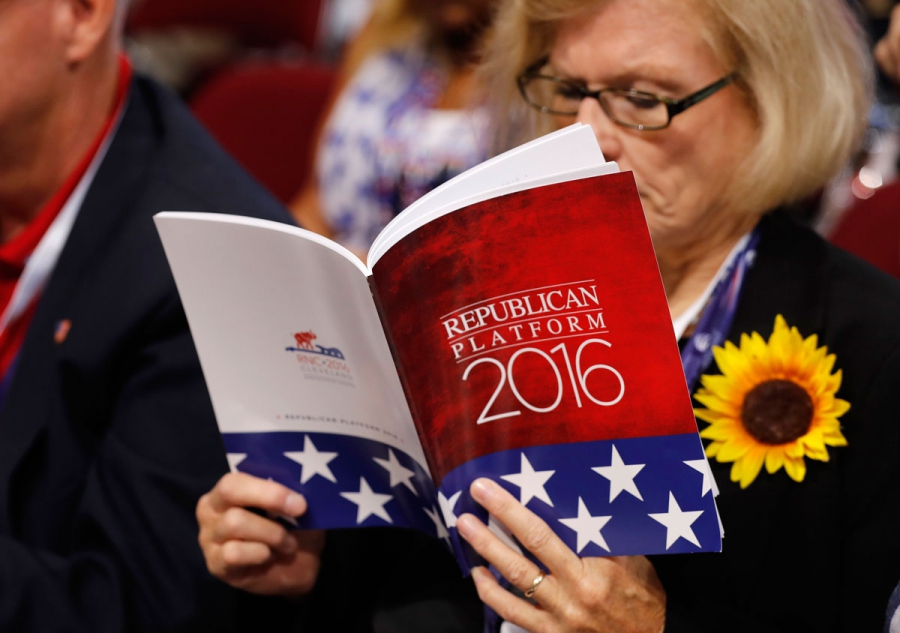 There were awesome cowboy hats 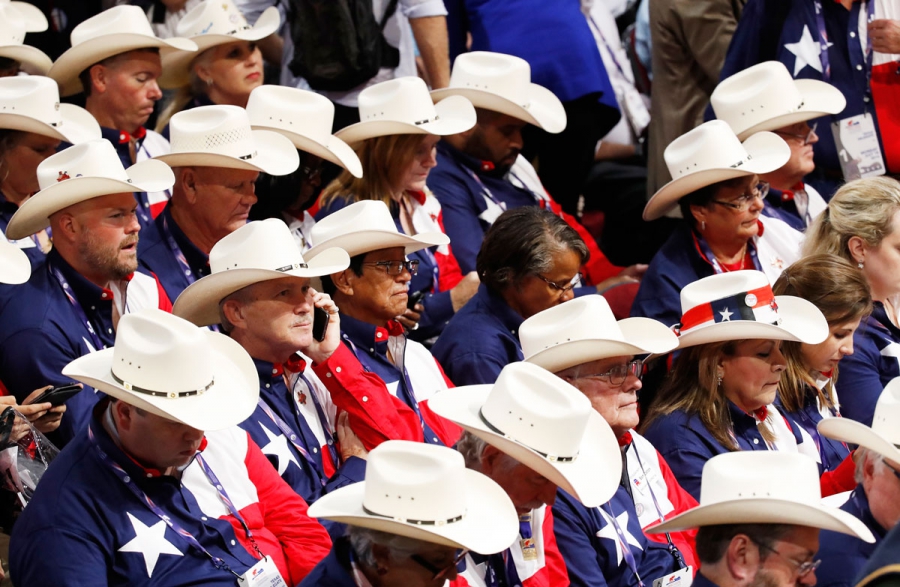 Members of the Texas delegation sit in their seats at the start RNC. 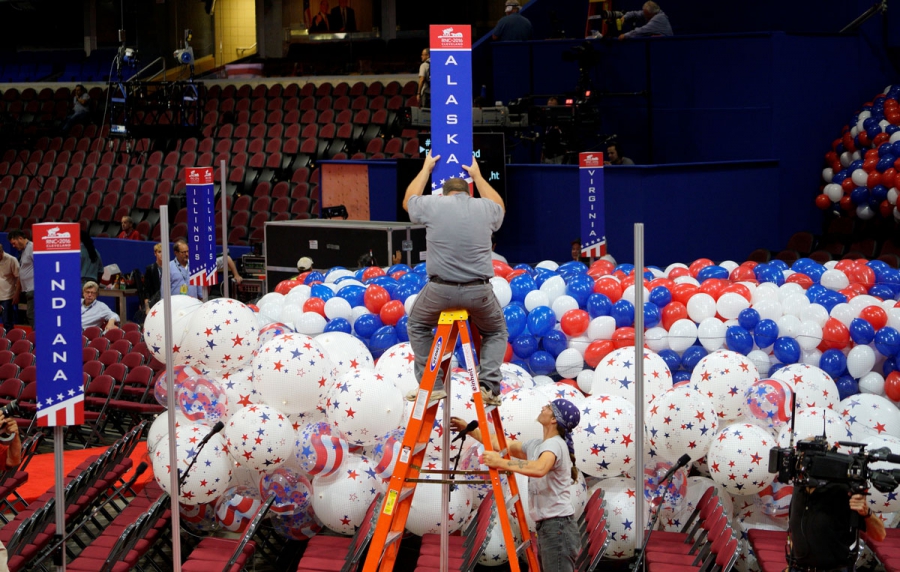 A worker installs the sign for the Alaska delegation near RNC balloons. 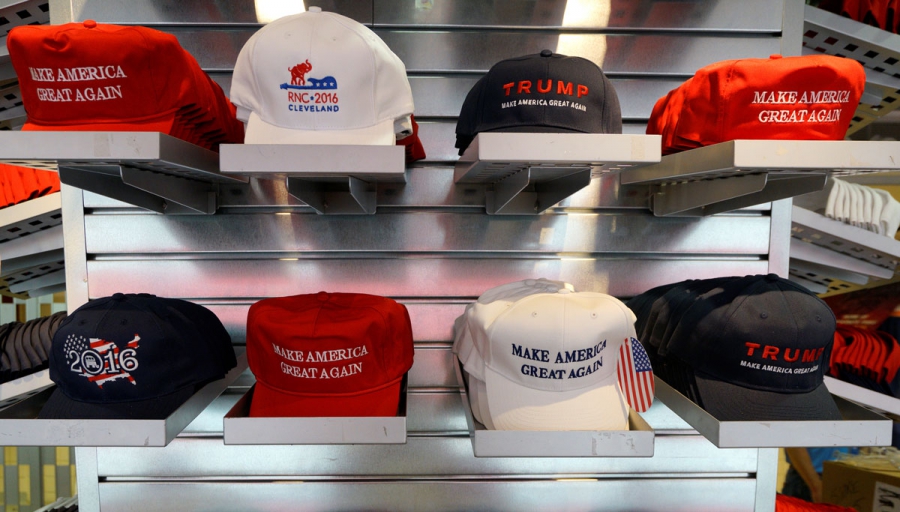 A selection of hats on sale at the RNC. 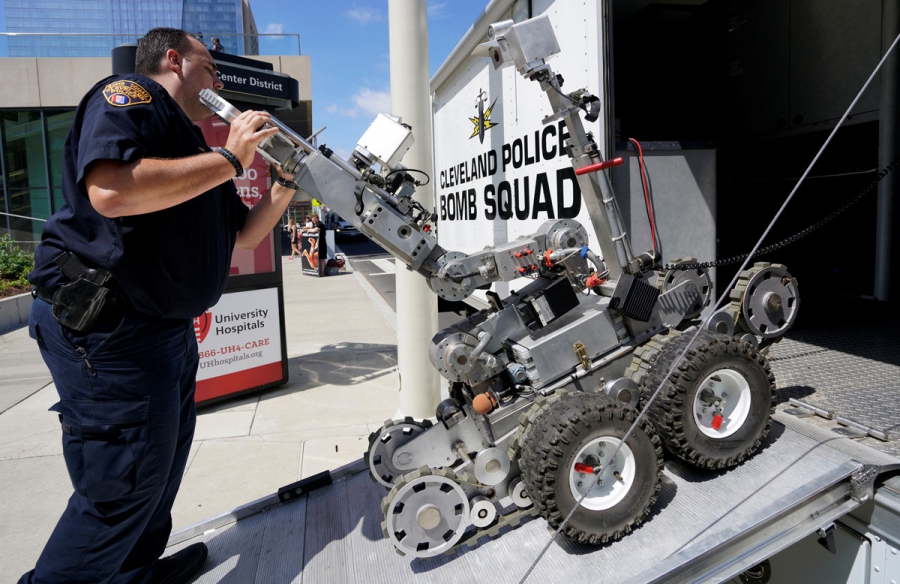 A Cleveland police bomb squad technician loads a Remotec F5A explosive ordnance device robot during a demonstration of police capabilities near the site of the RNC. 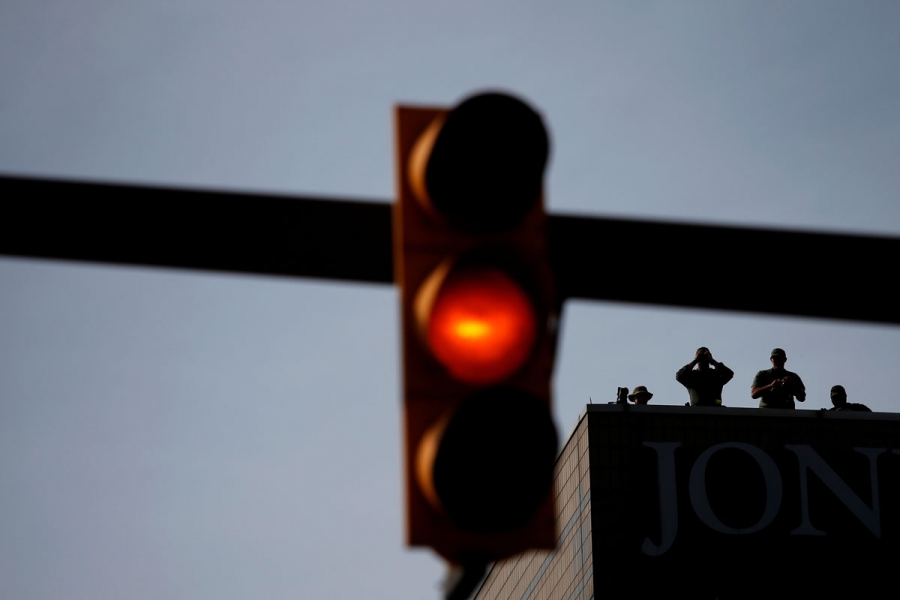 Security forces watch a protest march from the rooftop of a building near the RNC.

And there were protests in the streets ... 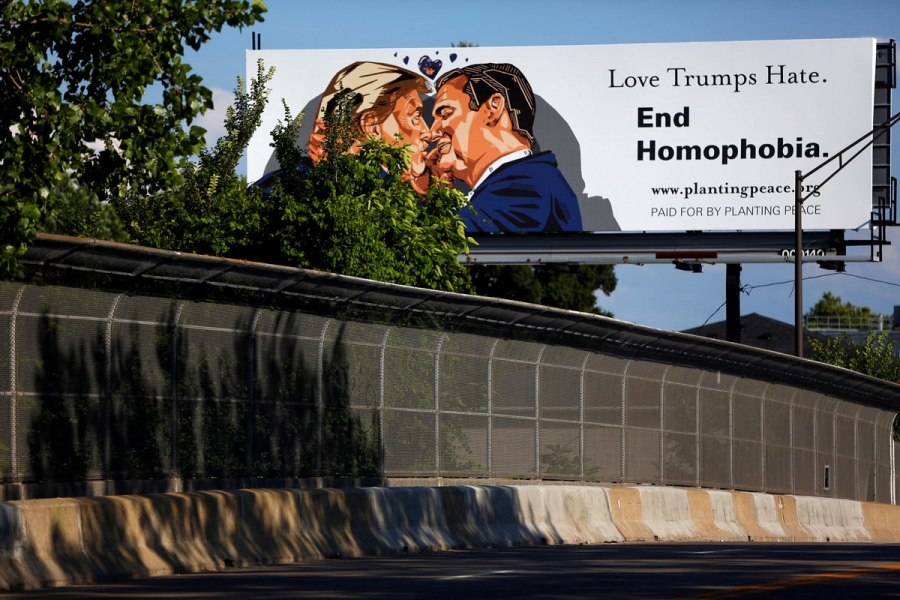 Even Stephen Colbert showed up 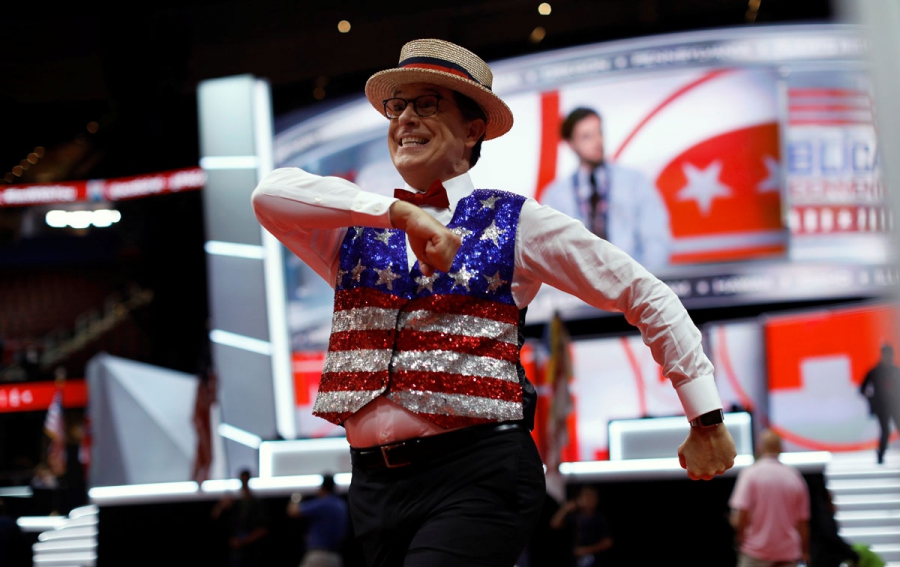 CBS television host Stephen Colbert records a skit on the floor of the RNC.