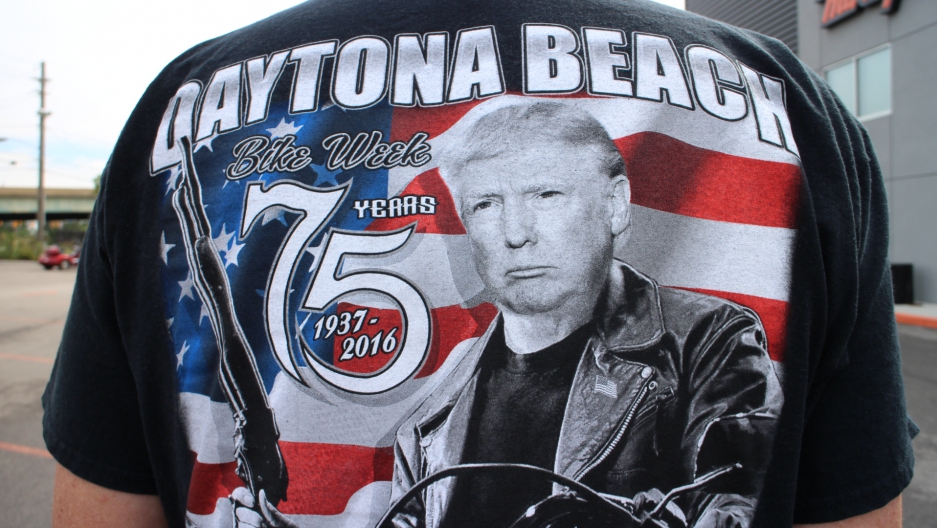 Regis (who wouldn't give his last name) is a biker. He's originally from Ohio, but lives in Florida today and traveled to Cleveland to join in the Bikers for Trump rally.

Thousands of bikers rode into Cleveland this week to show their support for a Donald Trump presidency — and, in the words of the founder of Bikers for Trump, to act as a “calming factor” at the Republican National Convention.

The bikers, who hail from around the country, will be in Cleveland for the rest of the RNC. Chris Cox, the group's founder, told MSNBC they're also there to support the police.

“We feel like it’s open season on law enforcement, there’s an assault on decency, and we’re here to stand with law enforcement, and in the event that we’re needed we’ll step up,” Cox said in a weekend interview. “The bikers are citizen crusaders from all walks of life,” he added.

The World's Leo Hornak, who traveled from his usual post in London to cover the convention along with The World's Maria Murriel, met some of the bikers during a rally they held on Monday.

"I'm used to the idea that the police provide protection," says Hornak, who is British. "Here, there's a sense among these bikers that a huge change has happened. Somehow the police are at risk in a new way as a result of what has happened [in Baton Rouge], and that somehow they needed the protection of ordinary citizens."

In fact, Hornak says that focus seemed to be overshadowing any political message about Trump on Monday. The fatal shooting on Sunday of three police officers in Baton Rouge, Louisiana followed the deaths of five police officers shot by a gunman in Dallas, Texas less than two weeks earlier. Both events followed the death of Alton Sterling, a 37-year-old black man shot by police in Baton Rouge on July 5.

While the group considers itself to be providing protection, and may even resemble a vigilante group, Cox says that’s not their main focus. Above all this week, they're, well, bikers for Trump.

“We’re stressing to our members that this isn’t a Second Amendment rally, this is not a rally for the NRA, although we do support those things. This is a rally to get collectively behind Donald Trump," he told MSNBC.

And the support goes both ways:

Thank you to Chris Cox and Bikers for Trump - Your support has been amazing. I will never forget. MAKE AMERICA GREAT AGAIN!

Here are a few of the bikers we met in Cleveland on Monday, and their reasons for supporting the GOP's presumptive nominee: 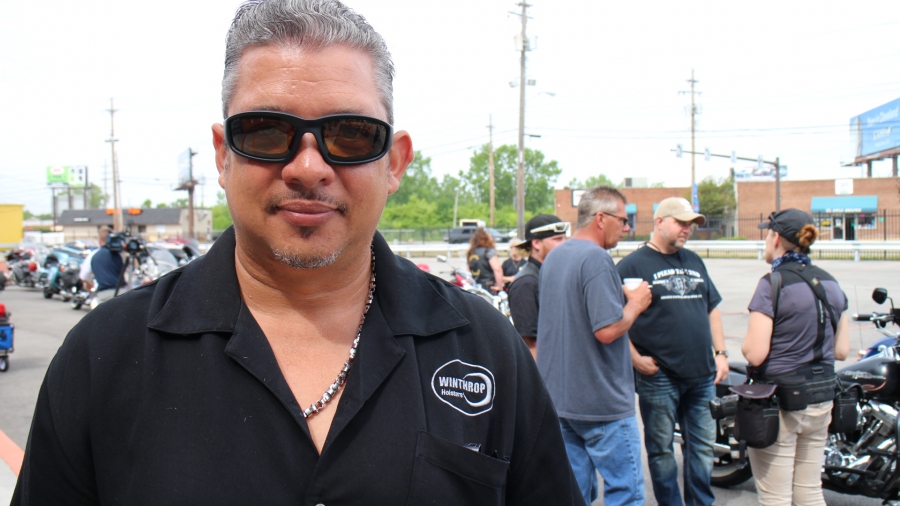 "[Trump is] a businessman. I'm a businessman, so I know what it's like to work hard and actually bring jobs back to America."

"He speaks the truth, and says what's on his mind. Nothing is scripted. He has a lot of money that he's made on his own. He doesn't need to take money from the banks and big corporations."

"He loves America, and he wants to see us prosper and become a world leader again and ... prosper, instead of our rights being chipped away and our taxes being spent in other areas." 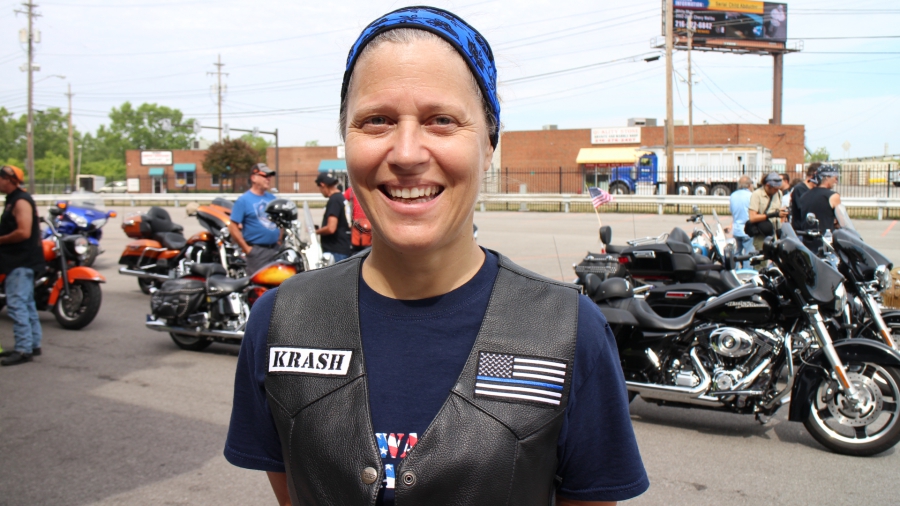 "[I'm voting for Trump because of] his no-nonsense approach. He's always been really involved in law and order. I absolutely believe he can turn this country around."

"Our country is founded on a basic principle that you can live your life as you see fit as long as you don't interfere with the rights of others doing the same. That's what our founding principles are, this is the best country with the opportunity to do that."