The Eiffel Tower is lit in the blue, white and red colors of the national flag at the end of a concert as part Bastille Day celebrations in Paris, France, on July 14.
Credit:
Pascal Rossignol/Reuters
Share

When the Bastille Day fireworks display lit up the Eiffel Tower last Thursday night, the bursts of vivid colors and glittery sprays were a welcome celebratory sign-off to a difficult year for France.

I watched it with my children from close by because I wanted them to see the most majestic July 14 show in France. I’ve been uneasy around crowds since the Nov. 13 attacks in Paris, so rather than stand at the foot of the tower with tens of thousands of people, we went to a friend's place. His balcony faces the tower, and the view was breathtaking, as if we could touch the iron monument in all its glory.

It was a cool night in Paris. We could hear the crowd’s excitement all over the streets.

As we looked in awe at the succession of psychedelic tones of purple, blue and green and sheaths of feathery gold, my mind flashed back to all the colors that have adorned the tower these past few months. Most recently, during the Euro 2016 soccer tournament, it wore the colors of soccer teams in competition. But that was one of the year's very few festive lightings.

Purple was the color the Eiffel Tower wore as a tribute to musician Prince and his famous “Purple Rain” song after he died in April. In June, after the Orlando nightclub massacre, the tower lit with rainbow flag colors in honor of the victims; back in March, it was the Belgian flag colors of black, yellow and red after the Brussels attacks. Following the Paris attacks in November, the tower stayed lit with France's blue, white and red three nights in a row. 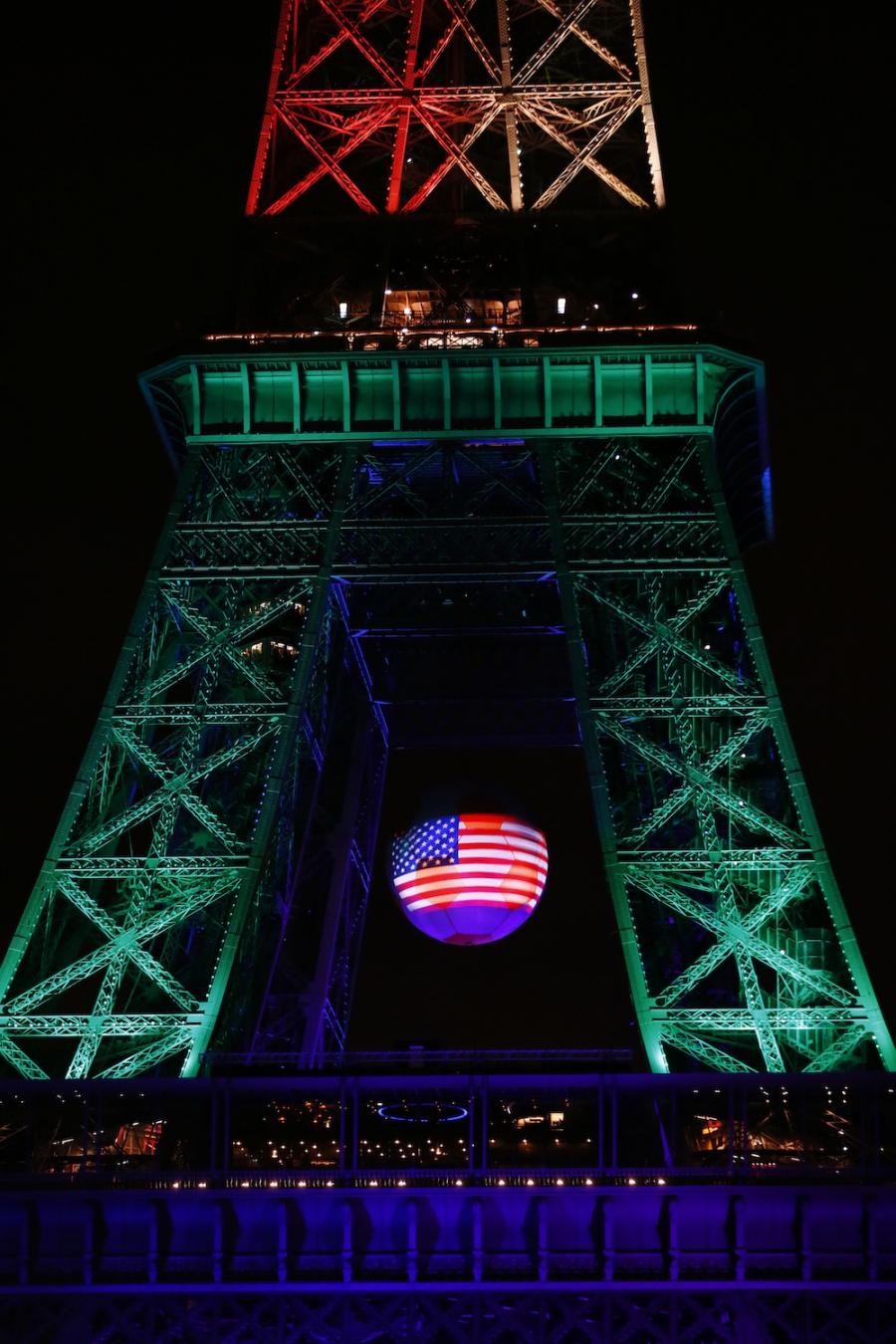 The American flag is projected onto the Eiffel Tower illuminated in memory of the victims of the nightclub mass shooting in Orlando on June 13.

But during the Bastille Day celebrations last Thursday, the national colors were being displayed as they should on a day like that, as a show of celebration and pride. It felt good to see the Eiffel Tower reclaim those bright tones for Paris and France. I posted a picture of that happy blue, white and red tower on Facebook — unaware of what was happening a few hundred miles away in the city of Nice.

As we returned home that night after the spectacular fireworks show, I began receiving text messages from friends and family around the world, asking about my whereabouts and mentioning an attack in Nice. It was just the way I received the news of the attacks on Nov. 13. After a couple of messages, I realized that, if it ever existed, the colorful truce was over and we were back to an all-too-familiar tragic and terrifying reality in this country.

Most people around me seemed to be unaware of the massacre that claimed the lives of 84 men, women and children in Nice, and enjoying a few moments of fleeting joy.

Hours later, President François Hollande announced he would extend, for the second time, the now eight-months-long state of emergency. Yet it has not been enough to stop innocent people from being murdered.

For many French people like me, this state of emergency has forced us into a strange dance between wishful perception of relative safety and back-of-your mind fear of imminent risk. City bicycles feel safer than subways, cars more than trains, televisions more than theaters, yet we all do what we need to do and go where we need to go, trying to ignore the unconscionable threats out there.

Before going to sleep that night, I was obsessed with an image of crushed strollers, and little children lying lifeless on the sidewalks of that famous Riviera promenade in Nice.

I looked at my picture of the Eiffel Tower lit in blue, white and red, and realized they were once again the colors of mourning.