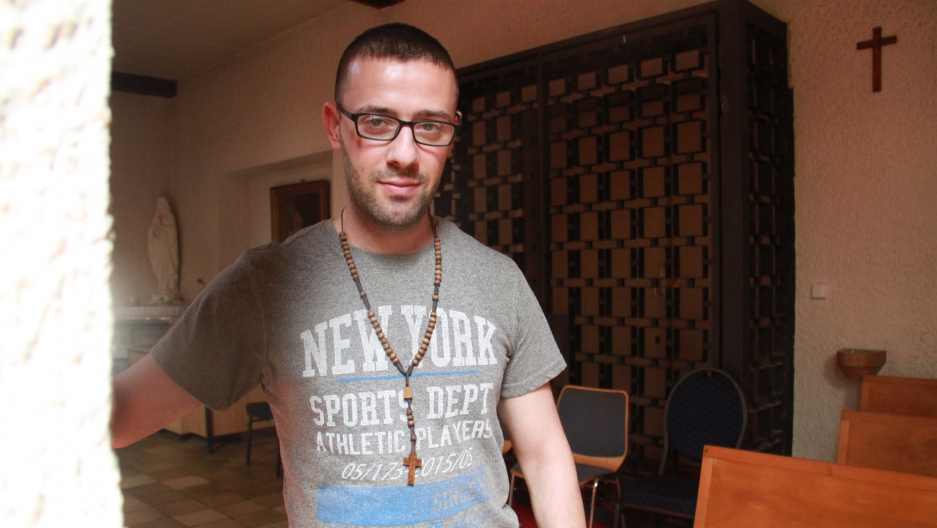 Tarek Bakhous is a Syrian Christian refugee. He says he faced harassment from his Syrian Muslim refugee roommates in Berlin.

“Whose beer is this?”

Tarek Bakhous says that’s what a roommate recently asked him with a sneer when he opened the fridge.

Bakhous was the only Christian among 10 Syrian refugees in a shared apartment assigned by German authorities. The others were devout Muslims who didn’t drink alcohol.

“If you think beer is forbidden,” Bakhous says he replied, “Why did you come to Germany?”

“We’re the majority in this house,” he says his roommate replied. “If you don’t like it, you can go.”

More than 1.5 million migrants have entered Germany this year and last, among them Christians and other minorities fleeing ISIS and other extremist Muslim violence in Iraq and Syria.

But just when they thought they’d escaped harassment by Muslim extremists, some found it again, in Germany.

Open Doors Germany, a Christian organization, says it interviewed 200 Christian migrants from Syria, Iraq and Afghanistan this year, and that 88 percent of them reported being targeted by other migrants because of their religion. Most people reported facing insults, but some reported physical attacks and even some death threats, the organization says.

In some cases, harassment is reaching members of the world’s oldest Christian communities.

Bakhous spoke about his experiences from the pews of his church, the Syriac Orthodox Church of Antiochia in Berlin, where the liturgy is in Syriac, a dialect of Aramaic, the language Jesus spoke.

It’s an ancient Christian community that is dwindling in Syria. Bakhous came to Germany in September because his Christian neighborhood near the city of Homs was attacked by rebels, he says. 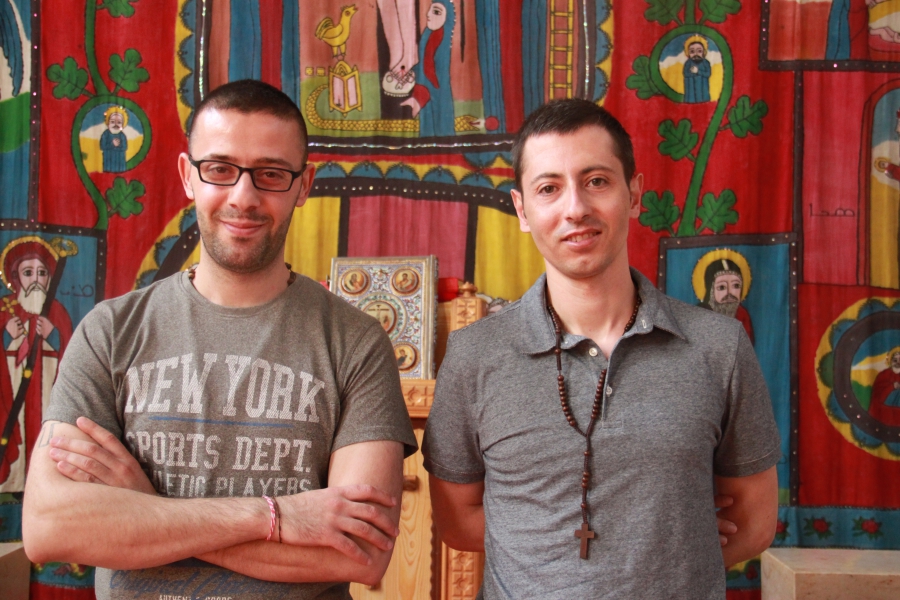 Tarek Bakhous (l) and Wassim Awad, two Syrian Christian refugees, in the Syriac Orthodox Church of Antiochia in Berlin, where the liturgy is in Syriac, a dialect of Aramaic.

So Awad left for Germany, and says he ended up at a refugee shelter where the majority of the refugees were Sunni Muslims.

Awad says he overheard some of them boasting that they weren’t fleeing persecution, but that they were there to spread political Islam in Europe.

“Daesh is Islam,” Awad says he overheard some of them saying, in praise of the ISIS group.

“Jabhat Al-Nusra is good,” he says he heard some say, too, referring to the al-Qaeda affiliate.

Once, Awad approached a police officer stationed at the refugee shelter.

“The police said, ‘It’s Germany. They have right to free speech. There’s nothing we can do,’” he says.

At a center for some 400 refugees in Berlin, where children play on a swing set in the courtyard and women in headscarves peek out of windows, administrator Birgit Schulz says she tries to avoid assigning people of different religions to live in the same room.

But she will put a Christian and a Muslim together, she says, if the alternative is putting them with people who don’t speak their language.

He says the forms that refugees and migrants must fill out when they register at a housing center — forms provided by a Berlin social services office — ask for a person’s name, birthdate, and country of origin, but not religion.

“This is Germany [where religion is considered a private matter],” says de Vachroi. Perhaps Germany is haunted by the memory of Nazi anti-Semitism, and doesn’t want to discriminate based on religion, he says.

But he believes the opposite happens: Disregarding religious difference actually leads to some migrants experiencing discrimination and harassment, he says. 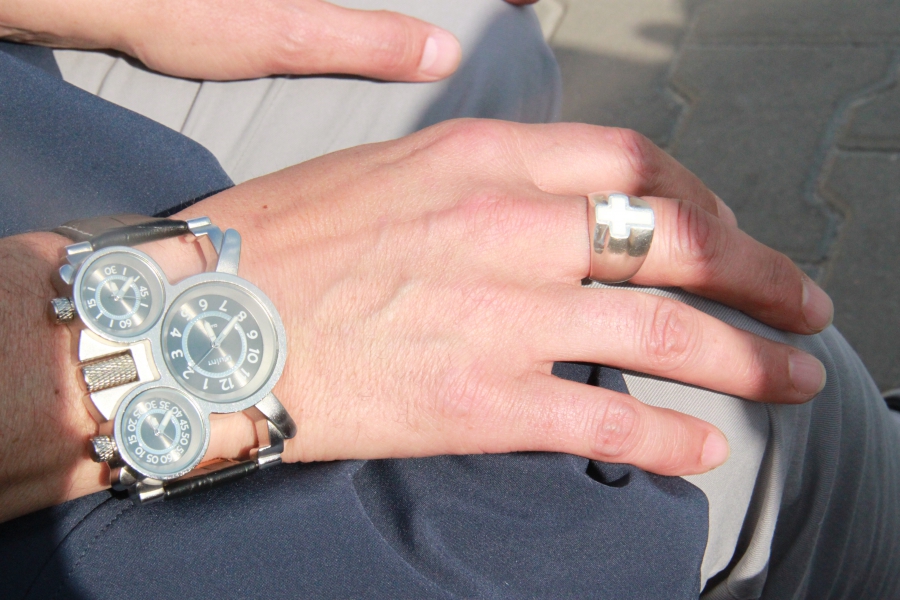 De Vachroi had his own solution to these problems when he directed his refugee center: the large silver ring decorated with a cross that he wears on his finger.

His ring, he says, made the Christian refugees in his center feel he had their backs.