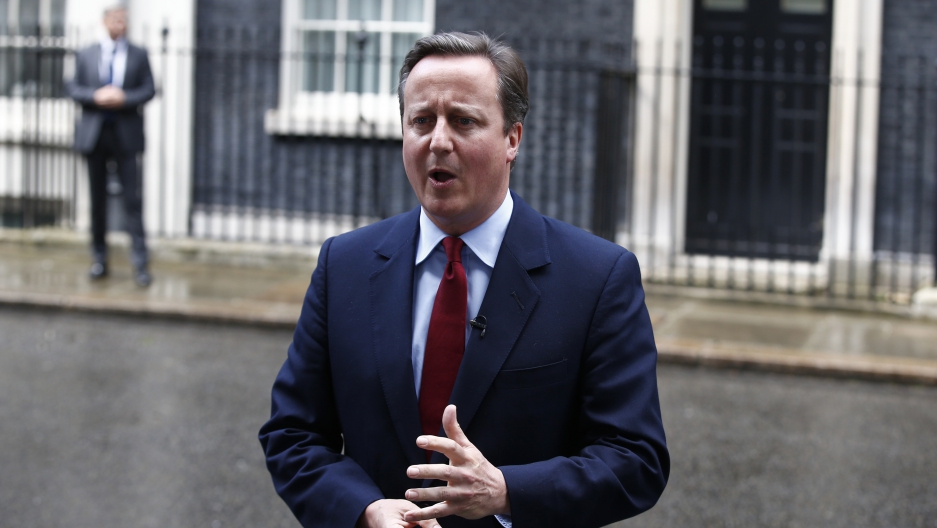 Outgoing Prime Minister David Cameron’s final full day in office has led to an outpouring of musical creativity and social media frenzy. As Cameron walked back toward No. 10 Downing Street after his speech on Tuesday, his mike picked up the sound of him humming a happy tune.

Cameron’s humming has inspired a score of compositions based on those four notes and his emphatic, "Right!" When Chris Hollis, from Hitchin, Hertfordshire, heard Cameron’s hum. he turned it into a Darth Vader like orchestral march.

These compositions have been getting hundreds of thousands of views while the style of the pieces vary drastically. Thomas Hewitt Jones is a composer in London and he also drew inspiration from the Cameron hum to compose his own more somber piece.

Hewitt Jones composed the short piece for cello and piano and called it "Fantasy on David Cameron." Regardless of style, Hewitt Jones is excited that so many people are creatively coping or celebrating Cameron’s resignation with music.

“It's fantastic that everyone's reacting in a different way … that's the beauty of art isn't it, you can experience it in any way.” Hewitt Jones said, “In uncertain times such as the Brexit situation, I think people do turn to art, so I think this Cameron event has been a real eye-opener.”