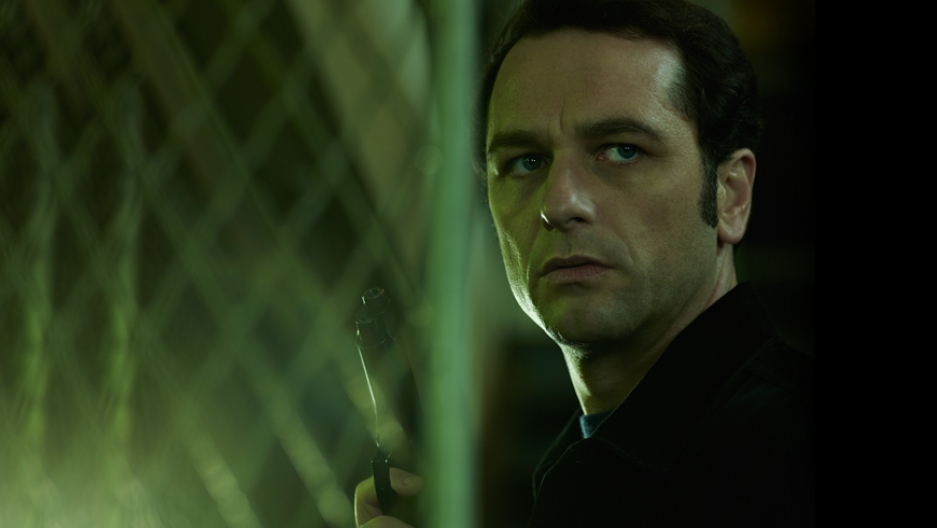 Matthew Rhys as Philip Jennings in the FX show "The Americans." Gregory Allen Justice was a fan of the show, but is now in jail facing espionage charges.

What would it take to turn you into an informer against your country? What would be your price?

For Gregory Allen Justice, a Boeing engineer from Culver City, California, arrested by the FBI last week on espionage charges, the answer appears to have been $3,500. That’s the amount he was allegedly paid for thumb drives containing classified satellite information he gave a man he believed to be a member of a Russian intelligence agency, but who was in fact an an undercover FBI agent.

The government’s affidavit also shows why Justice might have needed that money. He allegedly told the undercover officer that he needed the cash to pay for his homebound wife’s medical bills. The FBI investigated and found that much was true, but there was more: Justice was also allegedly sending thousands of dollars in cash a month to a mysterious woman in Connecticut whom the affidavit only describes as “C.M.” The affidavit doesn’t explain who C.M. is, her relationship with Justice, or why he allegedly was draining his retirement funds and attempting to sell government secrets to send her cash.

But it does shed some light on another interesting aspect of the case: Justice was apparently a huge fan of the FX spy show "The Americans," and talked about it on more than one occasion with the man he presumed to be a Russian spy. But it seems Justice was far less successful than his TV heroes.

Justice appears to have failed to provide classified information to the Russians, but the case has echoes of past, more successful incidents of espionage against the United States. It's also another indication that even as spying has become more technologically sophisticated, some of the oldest rules of the profession still hold true.

“Everyone has a weakness. We all have weaknesses, and most of us have thought about it, and we know what they are,” says Jonna Mendez, a retired high-ranking CIA operative.

Mendez served for more than 20 years. She began her CIA career as a secretary but quickly rose through the ranks, serving undercover in Europe and Asia during the Cold War, becoming an expert in clandestine photography. She has gone on to become a consultant and lecturer and is one of the founding board members of the International Spy Museum in Washington, DC. She also wrote a memoir, "Spy Dust," with her husband and fellow CIA operative Tony Mendez, whose story was depicted in the Ben Affleck rescue thriller “Argo.”

She explained that in the intelligence community, there is a mnemonic for the points of leverage that spies can use to turn a citizen into an informer: “MICE” — which stands for Money, Ideology, Compromise and Ego.

More often than not, as appears to be the case in this most recent episode, it all comes down to the big M: Money. Jonna Mendez says Justice "displays the greed that appears to be typical of American traitors," both now and in the recent past.

“Most of the biggest American spy cases in the last 20 years, 30 years, have been about money,” she says. The most prominent example, she notes, is that of Aldrich Ames, the CIA agent whose messy, costly divorce was one of the factors he said helped turn him into a mole for the Soviet Union. The information he leaked to the Russians resulted in the deaths of numerous CIA agents and informers.

“He needed money. He had all kinds of demands. He couldn't make enough money, and so he sold his soul,” Mendez says.

The Justice case appears to have a parallel with another infamous case of espionage, that of Robert Hanssen, an FBI agent who spied for Russia from 1979 until his arrest in 2001. Hanssen was certainly motivated by money — but also by ego.

The FBI recorded Justice complaining he wasn’t able to get a promotion.

“I’m doing the work of people two levels above me, and it’s not good enough for promotion, so you know what, I give up. If I’m never going to get a promotion, then I’m just gonna give up. I’m going to stop trying,” Justice said, according to the affidavit.

Mendez, who eventually became the CIA's chief of disguise, notes that Hanssen also resented his employer.

“If you look at Bob Hanssen, the FBI guy, who was so dangerous, who gave away everything — it was ego,” she says. “He loved working in the shadows, against his country. He hadn't been promoted by the FBI. He was the butt of some jokes ... but Bob Hanssen, this was an ego trip. He discovered that he could pull this off and not one of his colleagues would know what he had done, and that gave him immense pleasure.”

“Ideology” was also a factor in some Cold War cases, like that of Kim Philby, a member of British intelligence who spied for the Russians, or Klaus Fuchs, a German scientist who worked on the Manhattan Project, and provided information to the Soviet Union.

But perhaps the part of MICE that looms largest in popular imagination is the “C” for “Compromise,” which can take the form of blackmail, or seduction, or both.

“Russians continued to use young women to trap people and compromise them,” she says. “That's that 'C' in MICE. They call them swallows, and there's an active, ongoing effort on behalf of the Russians, to use those.”

For Mendez, regardless of how much intelligence agencies come to rely on technology, be it in the form of spy cameras or spyware, the principles behind MICE will always be a fundamental part of the art of spying, as long as there are people in the world who run out of money, or have ego problems.

Which is to say, MICE will be relevant for a long time to come.

“The ability to compromise somebody, if you can do it, is always there. If you need the information badly enough, you'll explore all of these areas, to see if there's room for some leverage,” she says.

This interview with Jonna Mendez was conducted as part of America Abroad's episode "Espionage in the Age of Terror" about the current state of human intelligence gathering and its future. America Abroad is an award-winning documentary radio program that takes an in-depth look at one critical issue in international affairs and US foreign policy every month. You can follow us on Facebook, talk to us on Twitter, and subscribe to our weekly newsletter for updates.