Cuban singer-songwriter Silvio Rodriguez is one of the best known performers in Cuba. For the past six years he’s been doing a special tour of the island, performing for people in the poorest neighborhoods.

One is a barrio called “Jaimanitas,” not far from the Marina Hemingway. The set-up is simple: a small stage in the middle of the street with the Cuban flag draped over the back.

The singer's goal is to bring music to people who can’t afford concert tickets.

When he walked on stage, Rodriguez spoke to the hundreds of people who came to see him. “We’ve been doing these concerts in different neighborhoods in Havana for a while. We took our music out of the theaters and it’s great, because what we get back is so much more than what we’ve given.” 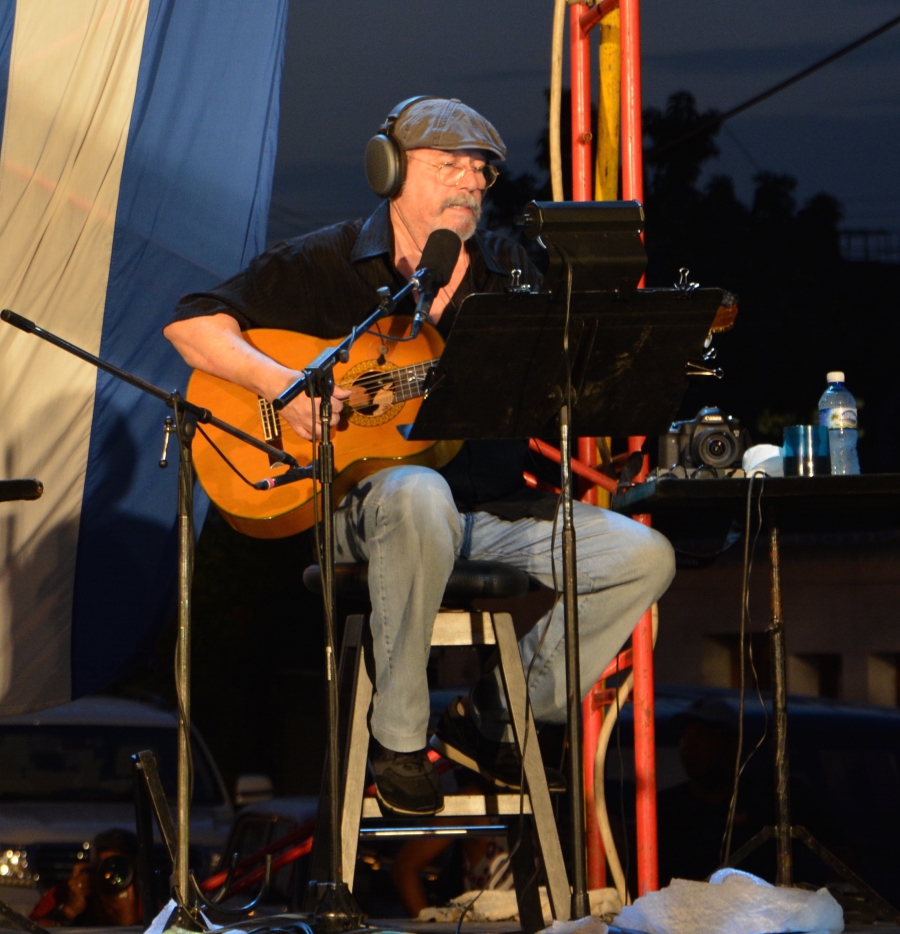 Local fan Aurora Reyes says Rodriguez expresses the things she would like to say, but he says them easily and beautifully.

There were many Chilean fans in the audience, too. Roxana Castillo is in Havana getting a degree in community-based mental health. She saw Rodriguez perform in Chile in 1992, at the National Stadium in Santiago, where hundreds of people had been imprisoned and tortured during the Pinochet dictatorship. Castillo said that during the dictatorship, Rodriguez was a voice for the people who opposed the regime, and the most popular singer-songwriter among Chilean protesters.

The audience sang along to “El Necio” — "the stubborn." Rodriguez dedicated it to Gerardo Hernández, one of the "Cuban Five" who were arrested in Miami in 1998 and convicted of spying. They’re all back in Cuba now and considered heroes.

Even as the US and Cuba relationship improves, Rodriguez’s lyrics suggest Cuba won’t give up the gains of the revolution, or replace socialism with capitalism anytime soon. 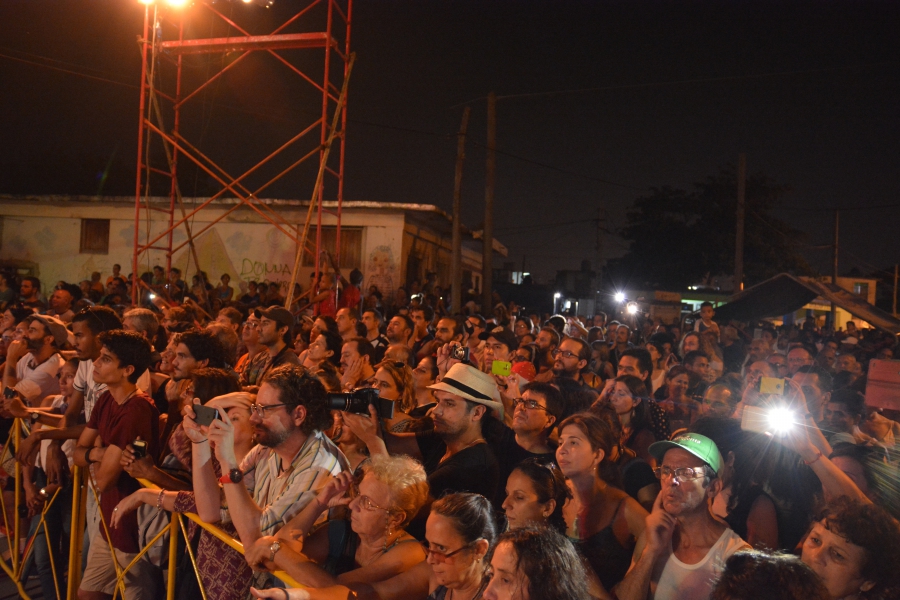 “There’s no TV spot, there’s no mention of them on the radio, he doesn’t do interviews. His office sends an email to a couple of friends and that’s it. Then he’ll arrive at the barrio to set up, and that’s when the barrio finds out — when they set up the stage.”

This was Rodriguez’s 75th concert in his “Gira Interminable,” or Endless Tour. The performer, now 70, says he’ll continue to do these concerts until there is no more poverty in Cuba or until he dies, whichever comes first.