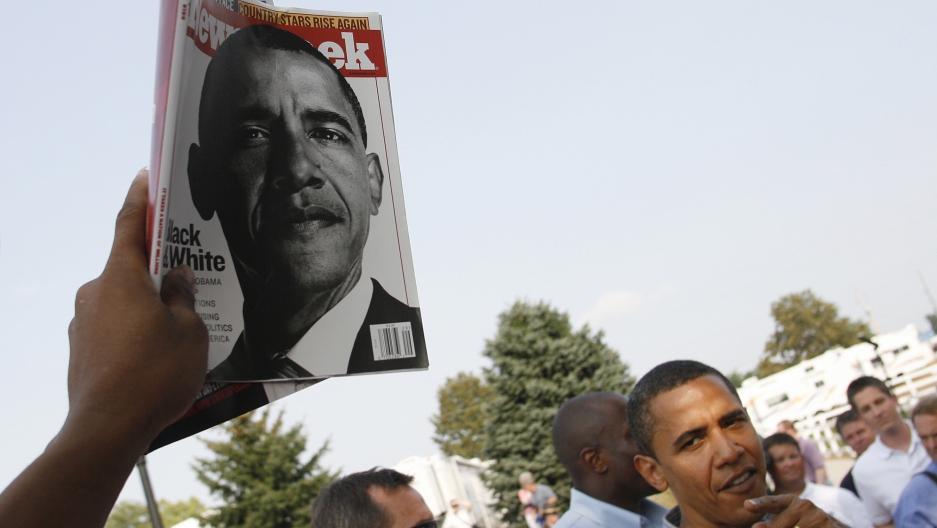 A supporter holds a magazine with a portrait of then-Democratic presidential candidate Barack Obama on the cover as Obama looks on during a campaign stop at the Iowa State Fair in Des Moineson August 16, 2007.

She moved to Maine in 1998 because her daughter needed a life-saving heart surgery and ended up staying. She got married and began her career as a software engineer. At that time, from 1980 to 2009, the population of people in the US who were born in different parts of Africa grew from just under 200,000 to almost 1.5 million, according to the Migration Policy Institute.

But it wasn't until Barack Obama ran for president in 2008 that she realized that it actually matters that she become a US citizen.

In Hutchins' native Cameroon, President Paul Biya has been in office since 1982 and has been accused of rigging elections. The last election there, in 2011, suffered from low voter turnout. There were no lines at the polls. 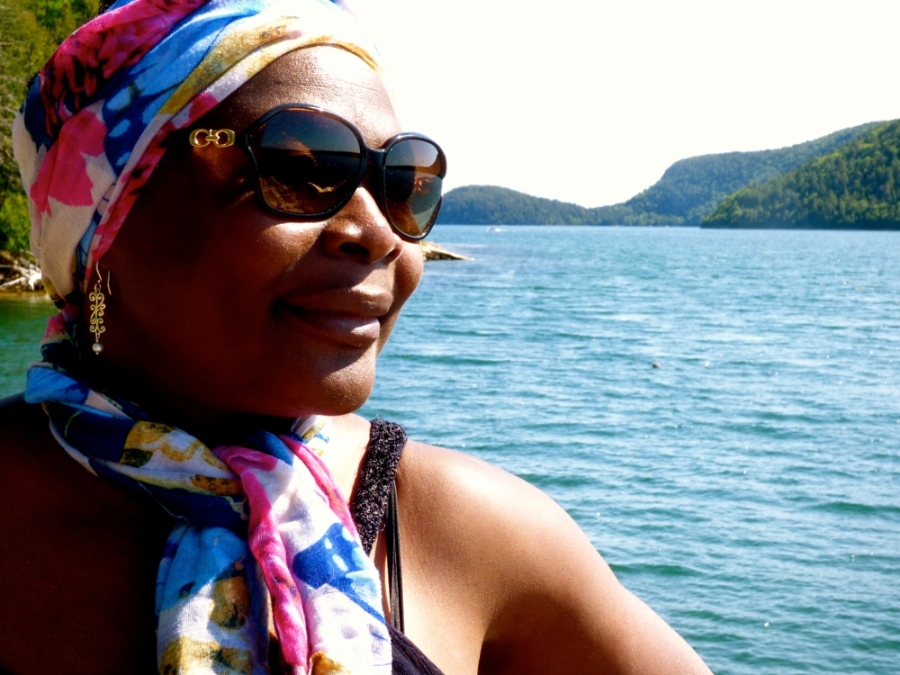 Lucie Hutchins stands in front of Donnell Pond in Maine on July 4, 2016. She hesitated to give up her Cameroonian passport... until she had the chance to vote for Barack Obama.

"When I was growing up in Cameroon, it didn't really matter that much [whether] you voted or not. There was a lot of corruption. If you don't know anyone you're not going to get the kind opportunity we have in this country," Hutchins says.

Edwin Okong'o wrote for Frontline in 2008 about why African immigrants are getting politically active in the US.

"Based on bad experiences with violence and corruption in politics back home, many African immigrants have traditionally steered clear of politics in this country," he writes. "This was certainly true of me. A violent scare during Kenya's first multiparty election in 1992 made me vow never to go anywhere near politicians or their fanatical supporters again."

Okong'o adds in the 2008 article that he has seen Africans support Obama with increasing "zeal and passion."

"I know one African businessman who is so enthralled with Obama that he has donated $2,300 to Obama's campaign, even though he's having trouble meeting his own company's payroll."

"It was a lot of excitement in the black community and in my culture Obama is a very popular name. I felt like I was related to him," Hutchins says. "I wanted to be part of the story. I wanted to be part of the history, pass it to my grandchildren, if I have any in the future. That in 2008, it was my first time to vote and yes, I did cast the vote for the first African American to be president in the United States." 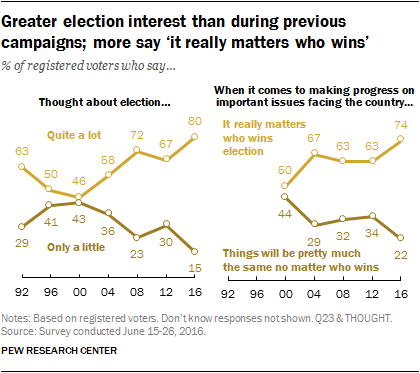 Voter turnout in the US overall sways between about 50 and 60 percent. Among blacks, turnout in 2012 was 62 percent for naturalized immigrants and 67 percent of US-born voters, according to the Pew Research Center.

Even as Hutchins enjoyed her new voting rights, she wanted to know more about the other presidential candidates on the ballot.

"So I went online and started Googling. I couldn't find all I needed in order to feel confident that I'm ready to vote. I was with my friends that night and I said, 'Wow, this is unbelievable. I can't believe there's not one place where I can go and get all I need in order to be confident to vote next November.'"

Hutchins created a website with information about how to register, where to vote and who your elected officials are within every state in the US. It's non-partisan and free. She's a registered Independent herself who has voted for both Democrats and Republicans. As an immigrant, she feels a responsibility to be a good citizen more than she feels allegiance to any particular party.

"It will always be free. My goal is just to provide a resource for everyone to use. We cannot have a democracy if our voters don't even know when to vote or when are the deadlines to vote," Hutchins says.