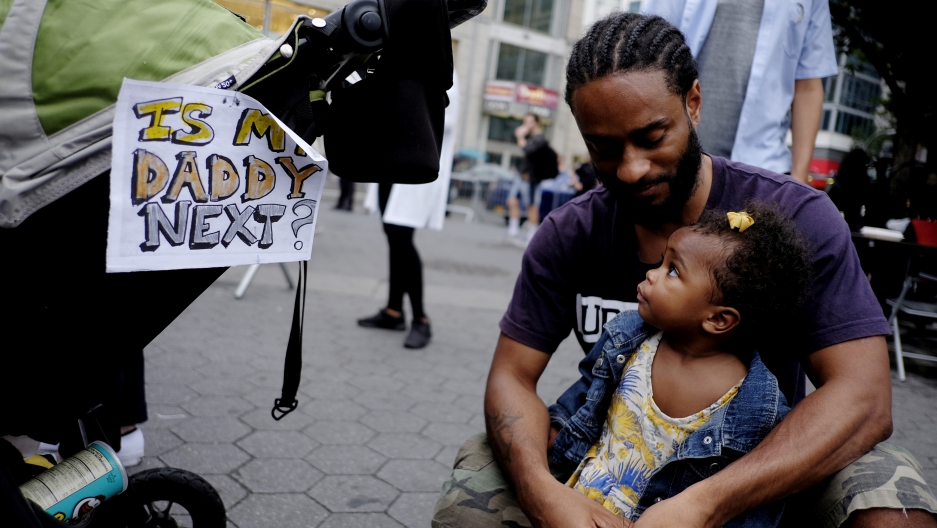 People take part in a protest against the killings of Alton Sterling and Philando Castile and in support of Black Lives Matter during a march along Manhattan's streets on July 8, 2016.

But everyone deserves the right to equal protection under the law. Everyone deserves justice. And if you are committed to justice and fair policing in the United States, there is actually a lot you can do to help ensure that people of color are no longer disproportionally targeted by police, that victims of police brutality can find justice, and that police forces and communities of color can build trust.

Police reform is local, and you have more power in local government than anywhere else in the US electoral system.

A quick Google search of your city's police accountability procedures can help you identify areas for improvement. For example: Does your police force have a citizen review process? Body cameras? External review of misconduct? Your mayor and city council are responsible for working with police to get these changes made — and they need your support to remain in office. Call them, email them. Demand that your local representatives make fair policing and an equitable criminal justice system a priority.

Don’t wait until there is a body in the street. Do it now to save lives.

Together we can enact real change that can help real people. And we can start today. We are more powerful than we know.

Ijeoma Oluo is a Seattle-based writer and speaker. She’s the editor at large at The Establishment and her work has been featured in The Guardian, The Stranger, The Washington Post and more. Her book, "So You Want To Talk About Race," will be released in 2017 by Seal Press. Find her on Twitter.