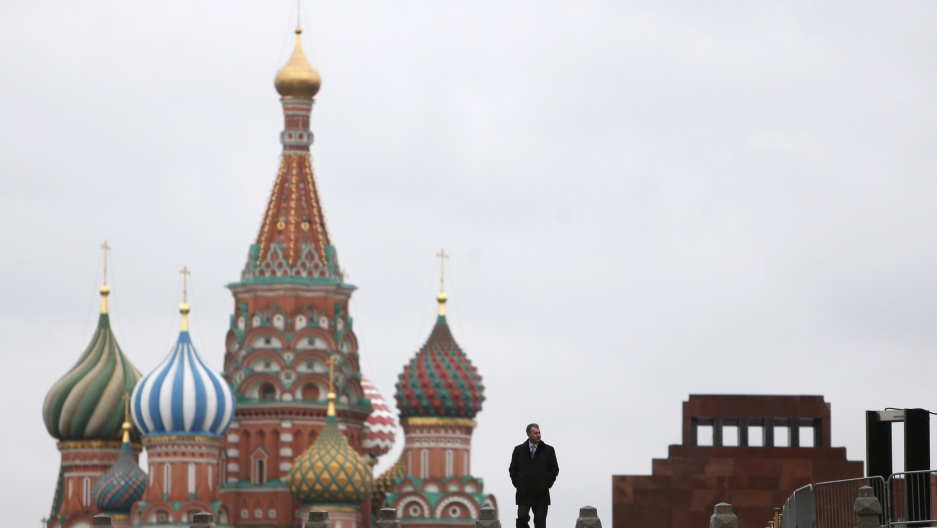 A man walks along Red Square, with the mausoleum of Vladimir Lenin and St. Basil's Cathedral in the background, in central Moscow, Russia.

The Kremlin just developed a new legal tool to keep the Russian population in line.

President Vladimir Putin today signed a package of measures that’s officially deemed “anti-terrorism” legislation. But critics say it could result in one of his government's heaviest hits yet against civic freedom and personal privacy. And critics, in this case, means anyone from human rights groups to telecommunications firms.

“In reality, it’s to serve the interests of the government and the law enforcement and security services in particular,” says Tanya Lokshina, Russia researcher for Human Rights Watch.

Even Edward Snowden, the ex-NSA contractor taking refuge in Russia since leaking US surveillance secrets, took a whack at the law.

Signing the #BigBrother law must be condemned. Beyond political and constitution consequences, it is also a $33b+ tax on Russia's internet.

Let’s start with the implications for electronic surveillance: Russia’s phone companies will need to keep records of every call and text message sent over their networks for six months. Domestic internet providers will also be required to store more user data than before. Investigators could then request the information without a court order.

Russia's mobile operators and business ombudsman had urged the government to spike the law, saying compliance will be too expensive and that it ups the risk of massive data leaks.

But the law is tough on the population in other ways. For example: While the age for criminal responsibility in Russia is normally 16 and up, it would make 14 the minimum age for terrorism charges. And it toughens punishment for "extremist" crimes, too, including up to seven years in prison for expressing approval of terrorism online.

Kremlin-friendly lawmakers drafted the law after a bomb killed 224 passengers aboard a Russian airliner over Egypt last November. Few Russians argue with the need to deal with extremism. The fact that suspects in the June 28 Istanbul airport attack were from Russia and other ex-Soviet countries raises new concerns about the region’s radical Islamist threats.

But here’s the thing: “Extremism” can mean something entirely different in Russia, where the government deploys the term as a blanket reference to anyone who disagrees with it, moderate political opponents included. Even now, just retweeting something the authorities consider would incite “extremism” or religious hatred (think Pussy Riot) can land you in prison.

One of the most talked-about provisions of the law is a measure that criminalizes the failure to report an array of violent crimes, including terrorism and armed revolts. A recent editorial in a prominent online journal accused lawmakers of attempting to revive the Soviet-era practice of citizens informing on one another.

“Basically, the authorities are asking suspects to report themselves, and they’re trying to cultivate this readiness in Russians from an early age,” the editorial read.

“Both children and adults are being told: you’re either an investigator or a criminal; there is no third option.”