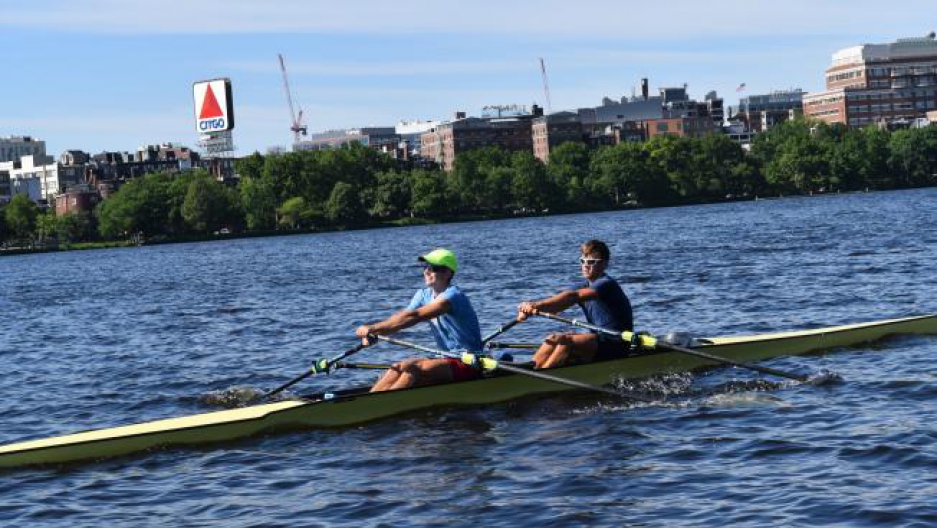 Andrew Campbell (left) and Josh Konieczny train for the Rio Olympics on the Charles River.

If you’re walking by Boston's Charles River some morning and spot a two-person crew boat zipping along at a good clip, there’s a chance you might be looking at a pair of soon-to-be Olympians. At the Rio Olympics this summer, the US is sending a boat to compete in the men’s lightweight doubles competition.

Andrew Campbell, 24, basically dropped out of Harvard in the second semester of his junior year. He wasn’t in any kind of trouble. He did it because he was busy trying to qualify for the 2012 London Olympics. He and his partner in a two-person crew boat managed to qualify for a single race that could have sent them to the Games.

“People call it the regatta of death,” Campell said.

And it was a tough one. In the end, they came in third. They missed qualifying by just a few feet.

“And so that was, like, that was a really hard experience, training all that time, dedicating my whole life, leaving my friends at school to go and do this, and then coming up just short was definitely heartbreaking.”

Read more: Listen to the rattling medals Paralympians will compete for in Rio (VIDEO)

A week later, at his coach’s urging, he was back in a boat. Campbell loves rowing, despite its challenges.

“It’s incredibly painful and the training can be very dull," he said. "It can be very repetitive. And there are often moments where I am thinking to myself, ‘Why am I doing this?' And I think what has driven me the most is trying to be a little bit better than the yesterday version of myself.”

That drive eventually led him to a May race in Sarasota, Florida — in a boat with new partner Josh Konieczny, 25 — and a second shot at going to the Olympics.

In a TV broadcast, an NBC announcer pointed out to viewers that he just missed qualifying in 2012. "So you have to know that is going through his mind in the last couple strokes," she said. "He wants to punch his ticket, he does not want to come up short once again."

And he didn’t. Campbell and Konieczny qualified to go to Rio.

“I got out of the boat, vomited from exhaustion," Campbell said. "It was a nasty, nasty race. And it took everything in me to get that qualification.”

And now they’re training for the real thing. Campbell and Konieczny use the power of their legs, shoulders and backs to pull oars in perfect unison, propelling their boat down the river toward downtown Boston.

Their coach, Scott Roop, holds a cone to his mouth and calls out to them. 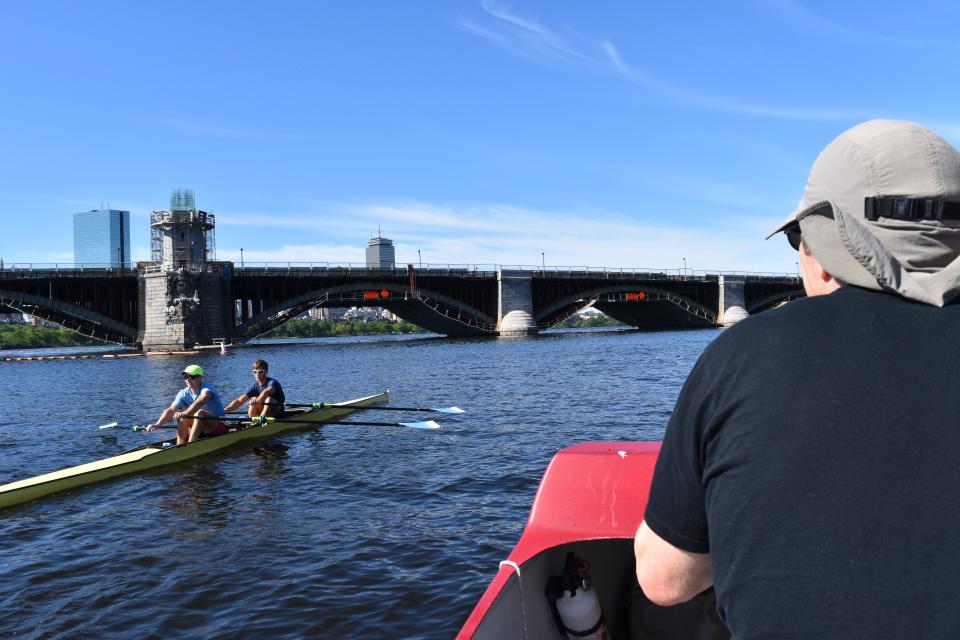 Coach Scott Roop calls out to Andrew Campbell and Josh Konieczny from a launch that rides along with them.
Credit: Craig LeMoult/WGBH

Campbell and Konieczny aren’t how you might picture Olympians, in that they’re not huge. They’re both 5’10” and weigh in the 150s, so they row in the lightweight category — which the US hasn’t had a great record in recently. The last time the US qualified to even send a boat in the men’s lightweight doubles was 2004.

“So the fact that they’re going is some evidence that they’re quite good," said Roop. "And they’re just trying creep in there. You know, get closer and closer. That’s what you do.”

As their boat speeds along the Charles, the river widens, the wind picks up, and the water gets choppier. They take a rest near the Museum of Science. “It’s a bit bouncy here in the basin,” Campbell called out. 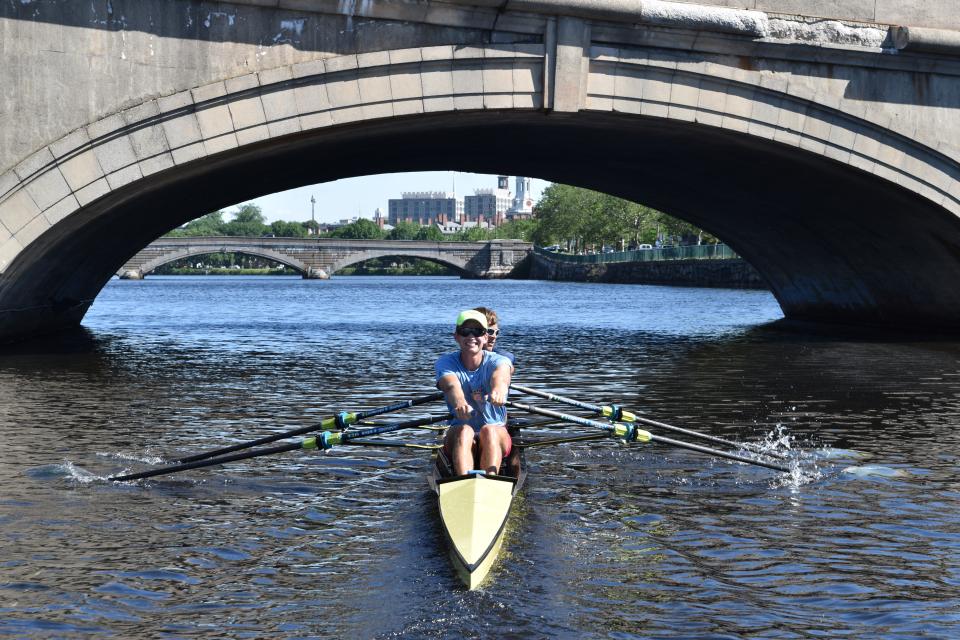 That choppiness is something they’re used to by now, and they’ve developed a unique way of dealing with it, using something Campbell picked up in a Harvard class on Chinese philosophy: Taoism.

“And the way of the Tao is strength through suppleness. And we’ve improved a lot by just relaxing, letting the boat move under us, and trying to make the best of the situation on top of the water.”

“How it works typically is the boat will get a little bit unstable, and then either Andy or I will just say ‘Tao,’ and then we just relax a little bit more and get into the groove,” said Konieczny.

Campbell said on a great day, he feels like they can make it to the podium in Rio. So as they put in hour after hour of practice on the Charles, it’s all about trying to make great days a much more common occurrence.