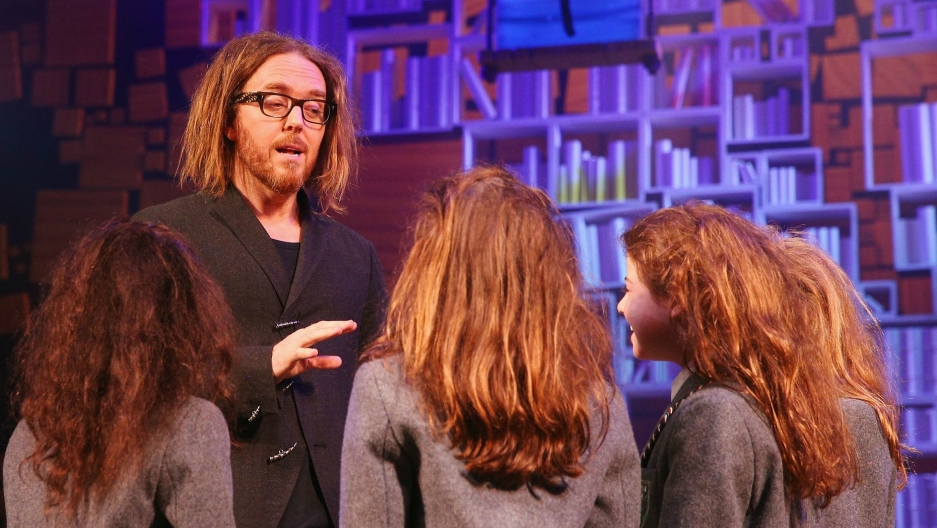 After "Matilda the Musical"opened on Broadway, it won five Tony awards. The show, like the Roald Dahl novel it's based on, follows an oppressed child with magical powers that allow her to change her destiny and rise above the stupidity and awfulness of the adults around her.

The musical was set to music by the Australian songwriter and comedianTim Minchin. Minchin grew up reading Dahl, but"Matilda" wasn't published until he was in his teens. Later, when he was writing music for youth theater in his hometown of Perth, Australia, he encountered the book. "At some point I thought, 'God, that's got to be a musical,'" he says. A decade later, he says, the Broadway director Matthew Warchus asked him, "Have you heard of'Matilda'?" This is what fate would feel like, says Minchin, "if you believed in fate."

One of the trickiest pieces for Minchin to write was a song Matilda sings when her telekinetic power reveals itself. It proves Minchin's remarkable instincts for theater: instead of a Disney-style show-stopper, he wrote the mesmerizing "Quiet,"which he performs solo for Kurt Andersen.

Minchin ends the interview by playing Kurt's favorite song from the show, "School Song."It weaves in a recitation of the alphabet (performed here with Studio 360 staff and friends), using the name of each letter as a syllable in the lyrics. "I stole the idea," Minchin says, from a friend's cabaret show in Melbourne. Casey Bennetto had written "The ABC of Love" with the same structural device. Minchin called his friend to ask permission to use the technique, but Bennetto said, "There's no such thing as a new idea, Tim."

Video: Tim Minchin performs "When I Grow Up"