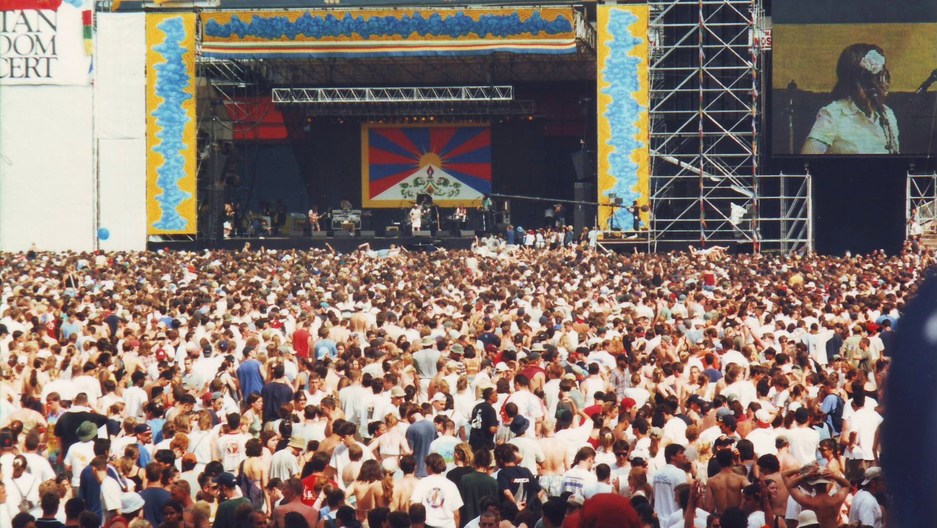 1998, The Tibetan Freedom Concert at RFK Stadium in Washington DC. Over 120,000 people attended the concert.

In the 1990s, Westerners began taking up the Tibetan independence struggle in larger numbers and Tibet became a pop culture cause célèbre. The greatest manifestation of that were the Tibetan Freedom Concerts.

From 1996 until 2001, the concerts brought in millions of dollars in donations and received international attention through broadcasts online and on MTV. Participating artists included Björk, Radiohead, Red Hot Chili Peepers, U2 and, of course, The Beastie Boys, who were the organizers.

But that never would have happened if 23-year-old Erin Potts hadn't found herself at the same party as Beastie Boys member Adam Yauch one night in Kathmandu, Nepal, in 1992.

Potts had moved to Kathmandu after studying Tibetan language and culture in college, and had devoted herself to helping refugees.

She was not, however, a Beastie Boy’s fan.

“I didn’t appreciate The Beastie Boys music, I guess that’s the most diplomatic way to say it,” Potts was not amused by their "party boy antics" and "misognyistic lyrics."  "I didn’t want to have anything to do with them," she says.

But she ended up talking with Yauch, who later became a Buddhist, and was impressed with him.

“I thought you were going to be a jerk,” she told him. He replied: "‘Yeah, I know we kind of have that reputation’.”

The two found a connection when the topic turned to Tibet. Yauch met a few Tibetan refugees earlier in his trip and that piqued his interest. Potts told Yauch about her work and later took him around Kathmandu to show him different parts of Tibetan life in exile.

Yauch left Nepal the next day, but the two stayed in touch. As time progressed, so did Yauch’s interest in Tibet. Potts became his eyes on the ground, sending him photos from demonstrations in Tibet and keeping him informed of news from the activist community. Within a few years, Yauch decided he wanted to do something to help. And as to how, the answer was pretty clear, according to Potts.

“I’m an activist, he’s a musician. When you put the two together, what do you get? A benefit concert was pretty obvious as one of the things that we could do.”

The Tibetan Freedom Concerts weren’t an overnight success. Yauch and Potts had three failed attempts at getting them off the ground. But things changed in 1996 when the two planned an event at San Francisco’s Golden Gate Park.

“All of a sudden on this one, it was like bam, we had bands saying yes. we had a place to have it. We have a promoter who could help us make it not just a concert, but my emphasis was that this is a message concert.”

Part of the way Potts made sure the message got out was by making Tibetans an integral part of each performance and bringing Tibetan experts and exiles on stage to educate audiences.

She also created packages to brief the musicians on the cause. One of her proudest moments came in 1998 during the DC Tibetan Freedom Concert, when the normally press shy Radiohead frontman Thom Yorke made himself available to the media before the show.

Somebody asked him why he was bothering with the press that day, and Potts remembers his response being succinct. “There’s a lot of crap reasons to be a rock star. This is the good one,” he said. 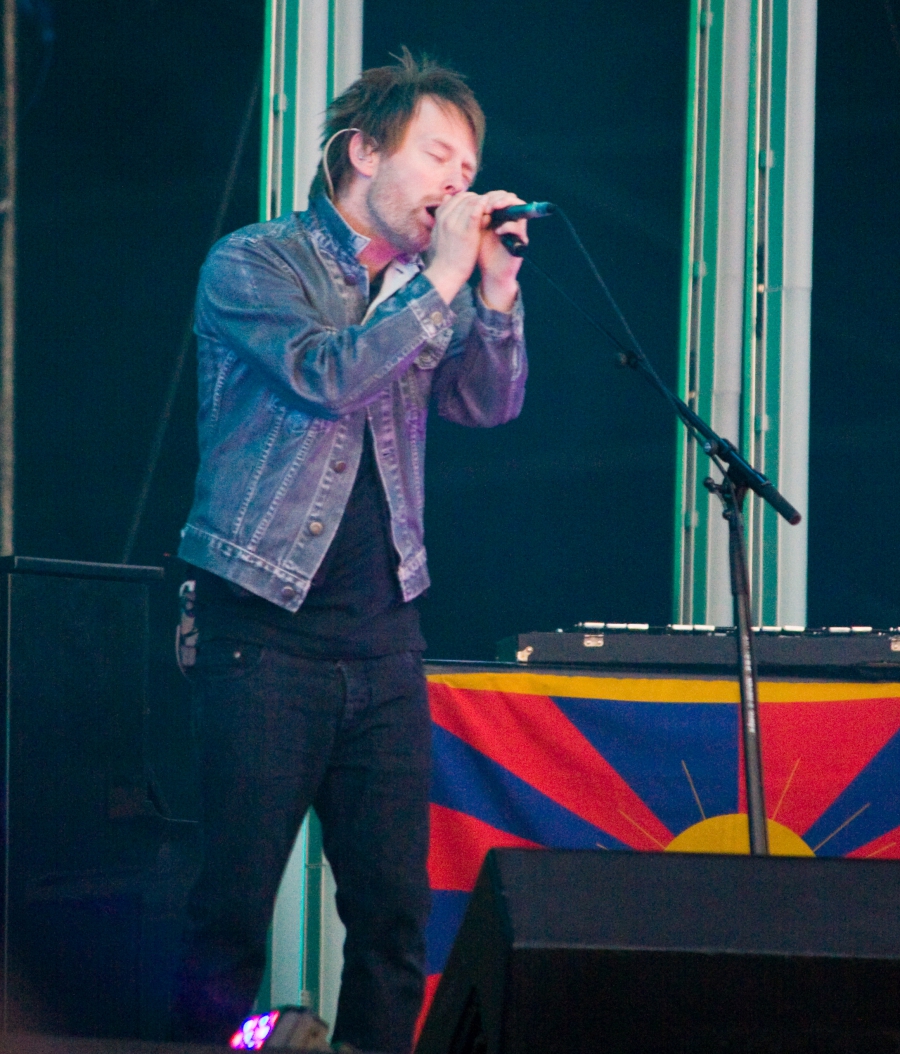 Tom York sings in front of a Tibetan flag during a show in London in 1998.

Over the span of five years, the concerts brought in millions of dollars in donations and received international attention through the broadcasts online and on MTV.  Yet Potts says that’s not how she measured success. She’s most proud of how the concerts help grow the group Students For A Free Tibet from 30 chapters in the US to 650 worldwide.

“I think the movement needed this burst of energy, of people coming into the movement, of the spotlight, and money and then it needed to do the hard work that movements have to do,” she says.

Each month, America Abroad take an in-depth look at one critical issue in international affairs and U.S. foreign policy. You can subscribe to our podcast on iTunes, like us on Facebook, talk to us on Twitter, and join to our weekly newsletter for updates.