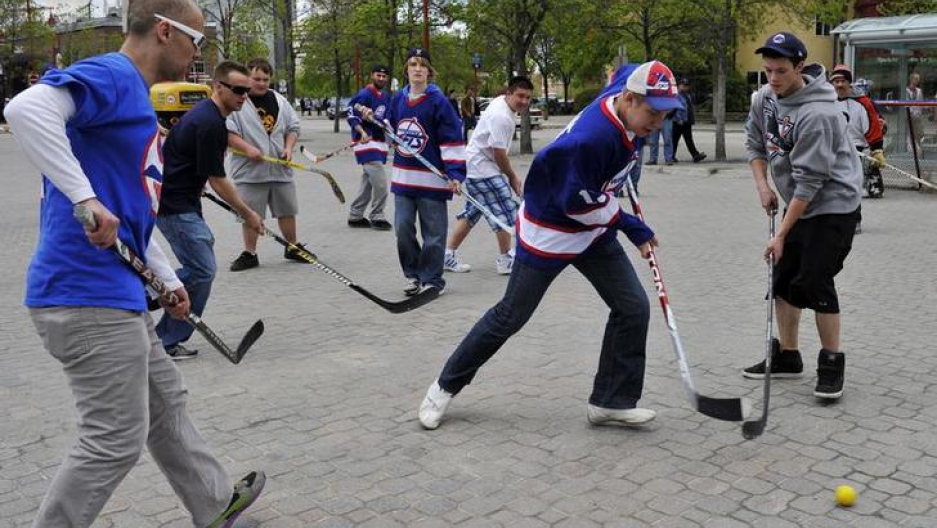 Scenes like this of kids playing street hockey at the Forks Market in Winnipeg, Manitoba, are becoming scarce in many Canadian cities.

If you grew up in Canada, you’d easily recognize the sound of wooden hockey sticks clashing or of kids taking slap shots with a tennis ball at two soda cans marking a goal in the middle of the nearest street.

Street hockey is a way of life for kids in Canada.

“At least, this is how it used to be on Canadian streets," writes Colin Horgan in The Guardian. "Walk the neighborhoods of Halifax, Winnipeg or Richmond, and you might still happen upon the odd game, played mostly in the dying light of the short evenings. More likely, however, Canadian children will be elsewhere — tied up with after school activities, working on homework, or simply playing something else, safely indoors. No skinned knees, no rapped knuckles, no dirty hands.”

Street hockey is an endangered sport, according to Horgan.

In his recent piece, "Game off! Why the decline of street hockey is a crisis for our kids," he points to the fact that many Canadian cities, from Vancouver to Halifax, Winnipeg to Montreal, now discourage or outright ban kids from playing in the street, citing safety concerns. Instead, children are encouraged to participate in adult-supervised after-school activities, and only to play sports with helmets and appropriate protective gear.

“It goes back to kids being not really encouraged to treat the street as a space to play,” Horgan says. “The street itself has become a no-go zone for children, and so when kids are out there playing, suddenly people become very concerned and very annoyed by the noise in the street, so they call up a bylaw officer, and the bylaw officer comes around and tells them to get outta there, and there’s this weird cycle where you’re allowed to be in the street, but not really.”

Street hockey offers children something rare: a sense of ownership of space in the city. So why is that important?

“Kids, if they're allowed to own a play area, and own a space where they make the rules, like if you're playing a pickup game of baseball or hockey, you get to figure out what the limits are or if you're very good you have to temper your talents at times so that other kids won’t pick up their balls and leave," he says. "So instead of an adult designating what the rules are, and telling you what you can and cannot do, it's basically up to children to create their own world."

Horgan says that freedom to play used to exist on streets all over North America, in all kinds of games, whether basketball, baseball or hockey.

“That doesn't happen because kids are now spending more and more time being instructed by adults in some sort of space, whether in school or in some sort of organized programs outside of school. So what's lost in that is a sense of ownership, a sense that kids can be in control of their own world, their own space or their own rules, and that's what helps them later in life." 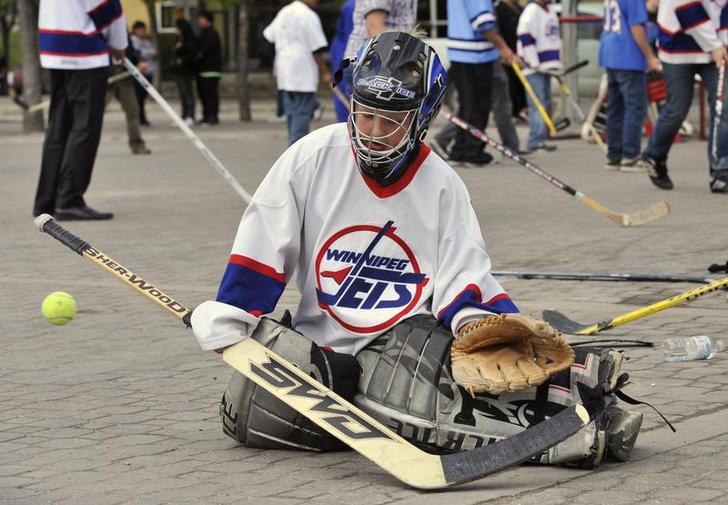 When he was growing up in Alberta, Horgan remembers “every Saturday morning during summers we would play at the end of the street. I wouldn't have known at the time that it was giving me life lessons, but all those things, like having to make the rules and figure out where you want the goals and how far apart they’re going to be. ... Having fun is the best way to learn.”

Horgan believes Canadian cities should lift the numerous bylaws that ban kids from playing in the street. That might once again encourage more street hockey, more unorganized play in the street to “bring that life back a little bit.”