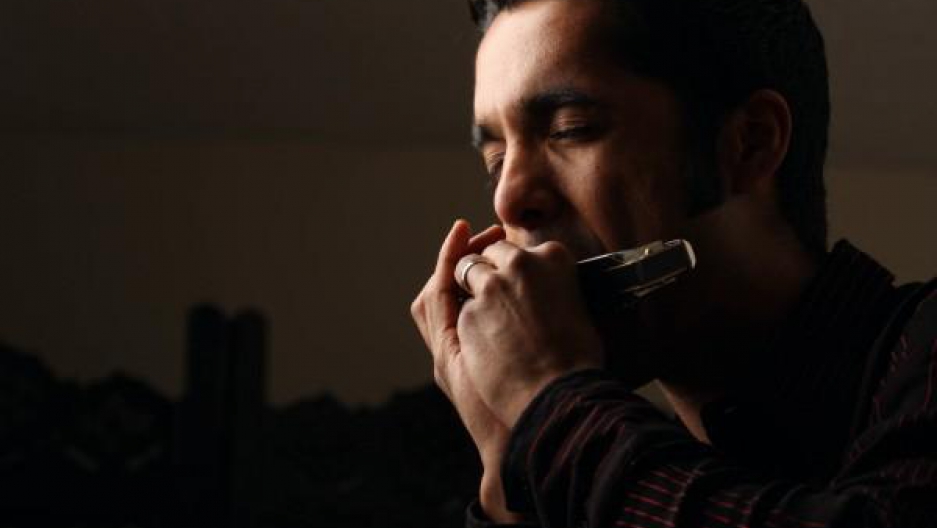 Aki Kumar moved to Silicon Valley at the age of 18. His goal, like many others, was to be a successful software engineer.

But, something happened along the way.

Kumar discovered the blues — the music of Howlin' Wolf and of blues clubs in the San Francisco Bay area. Eventually, he ditched the day job and became a successful bluesman.

Music was always in Kumar, but as a young lad in India it wasn't the blues. He "dabbled in music." He goes on to say, "I did train somewhat formally when I was very young. When I was 8 years old my parent enrolled me in traditional Indian music classes."

Now Hindustani music is a long way from playing the harmonica and singing the blues. But Indian music and the blues come together on his new CD, "Aki Goes to Bollywood."

"In terms of fusing the two genres, the record has the whole range of it, you know — where we really take Chicago blues and just smashed it into Bollywood music," he says.

It's important to emphasize that Kumar considers himself a blues musician, not a Bollywood singer. "My passion really lies in the blues," he says "and that's what I consider to be a lifelong passion and pursuit."

And funnily enough it was blues music that got him to really dig the music he grew up with. He explains, "the more that I've grown as a blues musician, the more that I hear and appreciate other forms of music."

Soon, Kumar was hearing the blues in songs like "Eena Meena Deeka." He says, there's "heavy swing going on."

He then adds, "So, the better I got at blues, the more I started to appreciate all these great Bollywood songs that I knew growing up as a kid, but had no idea that they were inspired by American music."

It's a fascinating boomerang effect — and you can hear it yourself, in this video by Vicki Wong: