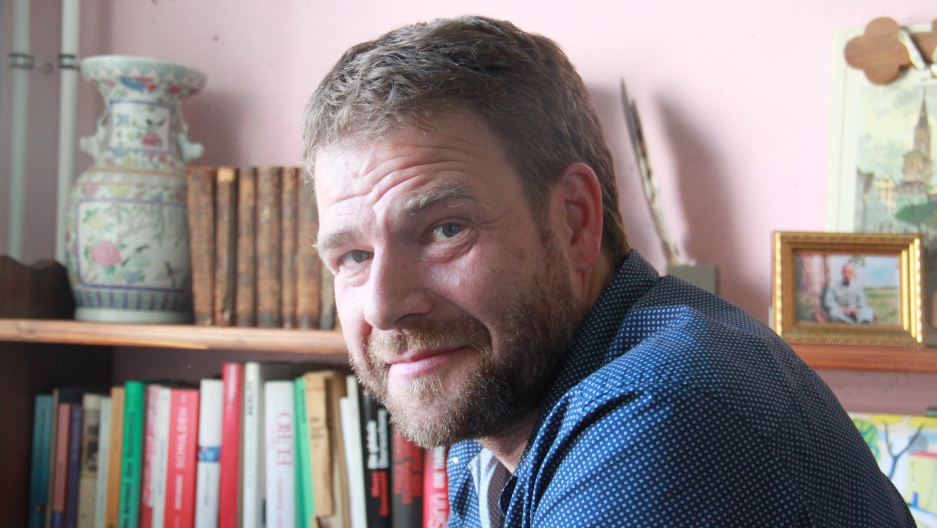 Frank Hessenland left Germany's Alternative fur Deutschland (AfD) party when he realized how far to the right it had moved. But the party continued to haunt him.

There’s been a surge in right-wing nationalist movements across Europe — including in Germany, a country that since World War II has strained to resist such sentiment.

Frank Hessenland, a former spokesman of Germany’s Alternative für Deutschland political party, had a front-row seat to the group’s dramatic transformation into the far-right party it is widely characterized as today.

Within just a few months after Hessenland became its spokesman, the party fired him, he says. He also received a tip, he says, that party officials had his email account with the party under surveillance.

“They would spy on me because I was the press officer. I was liberal. I was pro-gay, in favor of a colorful society,” Hessenland says. “All this wouldn’t fit.”

Hessenland, 48, a former spokesman of Greenpeace and a freelance cultural reporter for German radio who has contributed to PRI’s The World, became a founding member of AfD in January 2013.

He joined early. He was member number 66.

At that time, the party was focused on Europe’s financial crisis. It had conservative views on the economy. It opposed Germany bailing out Greece and other European countries in debt.

That’s why Hessenland joined. He thought the bailouts would send Germany into major debt, and the government wouldn’t have the freedom to make its own decisions on the country’s budget.

“I thought, 'This is endangering democracy. Not only the democracy inside Europe, but also the democratic structures inside Germany,'” Hessenland says. “I didn’t like to lose them.”

But the new party swiftly changed.

“What began as a professors’ party has turned into a far-right, almost neo-Nazi party centered on concerns of immigration and multiculturalism,” says Hans Kundnani, a senior fellow at the German Marshall Fund and the author of two books on Germany.

The AfD started with about 3,000 members, Hessenland says, and within two months, about 12,000 more joined.

Hessenland looked up some of the new members’ names on Google, and found some of them on watch lists compiled by German anti-fascist groups.

He also started noticing that some board members of the party displayed an unusually intimate knowledge of Nazi tank models and military maneuvers.

“You feel suddenly in a conflict,” Hessenland says. “Your political goals are definitely legitimate. But are your friends’?”

Hessenland would be at his desk, working on press releases about the eurozone and the Greek bailout, when party members across Germany would find his number online as press officer, and call him about membership matters. Once every two or three weeks, the conversation would take an abrupt turn.

“They would say, you know, ‘It’s not even proven that we did the Holocaust,’ and even, you know, ‘Maybe we did something like that in the past, but it’s exaggerated and the numbers are not correct,’” Hessenland says.

Those far-right supporters had something in common with the party’s founders: They were skeptical of the direction Germany and the European Union was taking. Only they were motivated by ultra-nationalism and social conservatism.

“The liberal faction that had founded the party — they think they could, as we say in German, ‘ride the tiger,’” Hessenland says. “But it turned out that the tiger would just throw them off.”

When Hessenland wrote a press release saying the party welcomed same-sex marriage, the now co-head of the party, Frauke Petry, didn't approve it.

During the German federal election campaign in the summer of 2013, left-wing critics were drawing Hitler mustaches on posters of AfD members.

Hessenland announced to the media that the party was liberal, not far-right, and that it would engage its critics in a dialogue. But, he says, AfD officials didn’t agree with him, and fired him that very day.

Then he found party officials spying on his personal party member email account, he says.

The person who has Hessenland’s position now at AfD in Berlin, Ronald Gläser, said in an email that no one at the party intercepted or monitored Hessenland’s private communication.

Gläser denied the AfD had been taken over by “extremists.”

“Once this year we excluded someone from our ranks after he took part in an extremist demonstration. But this was a singular incident,” Gläser said.

Hessenland has left the party, but the party hasn’t left him. Recently, a father on his kids’ soccer team Googled his name, found his old AfD affiliation, and called him a Nazi to his face.

He faces opposition from others, too.

“Some Jewish friends, very close friends, actually, would leave me, not wanting to have contact with me,” Hessenland says.

This year, the AfD made landslide gains in German regional elections. It was the biggest victory of the far-right in the country since World War II.

The party has sharply criticized the large numbers of migrants and refugees arriving in Germany. Those immigration concerns have made it to Britain; there, they helped tip Britain’s vote to leave the EU.

“This is going to change the whole atmosphere in Europe,” Hessenland says about the AfD as it is today. “This is my deep concern.”

Hans-Olaf Henkel, another ex-party official who left Germany’s AfD, has put it this way: “We have created a real monster.”