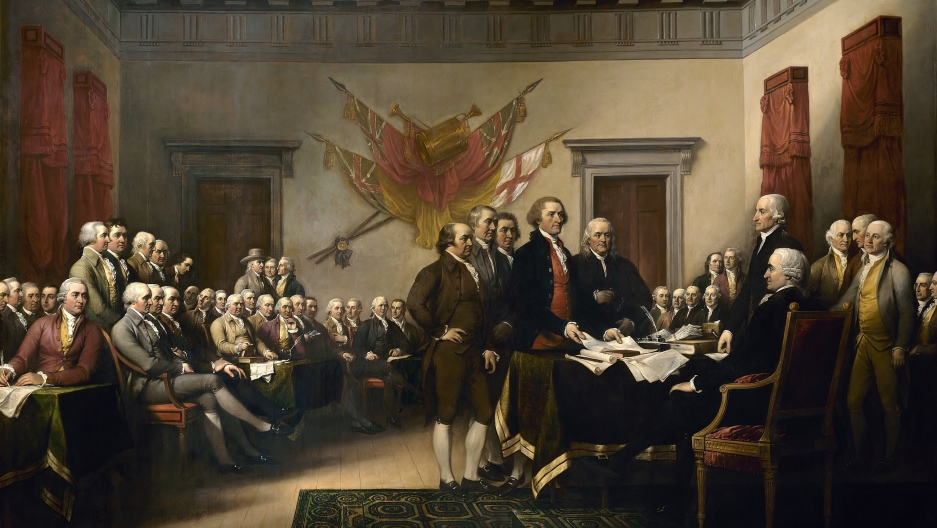 Independence Day in the United States is often wrapped up with the Revolutionary War, or even other past military campaigns like World World II.

But it's usually forgotten that nonviolent struggle played an important role in the founding of the US. During the colonial era, between 1765 and 1775, there were three major campaigns of nonviolent resistance before armed conflict broke out at Lexington and Concord in 1775.

“The result of those campaigns was the achievement of default political independence in the British colonies in North America,” says Walter Conser, a history professor at the University of North Carolina, Wilmington.

2) Non-consumption. “Americans would buy American made goods. If there were British goods available, they would purposely not buy them.”

3) Non-exportation: “Americans decided to send no raw materials from America to England and thereby continuing to put pressure through methods of protest and persuasion on British officials.”

Nonviolent resistance also took the form of new American institutions of government, Conser notes, like the Stamp Act Congress or the Committees of Correspondence, and most importantly the First Continental Congress.

Even though some of America’s first leaders were Quakers, a pacifist religion, Conser says neither theology nor morality were the driving force behind these early nonviolent campaigns.

Rather, it was self-preservation.

“They knew that to take up the gun was simply suicidal, and so they looked at other, nonviolent, forms of resistance,” he says.

However, there was little appetite to continue a nonviolent movement once the Second Continental Congress authorized the Continental Army, with George Washington as commander, in May 1775.

The outbreak of war had one little-discussed side effect, according to Conser. While a broad spectrum of society, including women and children, were able to participate in nonviolent campaigns, that changed once the first shots were fired.

“When you move to a military strategy, you effectively narrow that to men, basically, and not old men, but they have to be young men who have to be in good shape,” he says. “That represented a restriction on participation and I think many of those restrictions continued into the political arena.”

For more on the history of nonviolent resistance in the US and elsewhere, see America Abroad’s full episode on the subject, “Civil Resistance, Power to the People.”