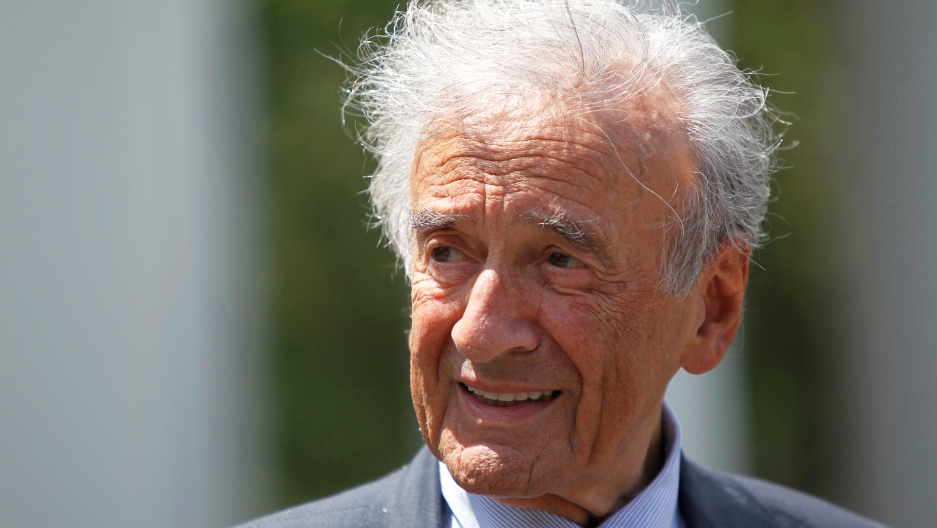 A spokesman for the center confirmed Wiesel's death to AFP, but had no further details. Wiesel was 87 and had been living in the United States.

The center confirmed that "he did pass away several hours ago," said spokesman Simmy Allen late Saturday.

The New York Times reported that he died at home in Manhattan.

Israeli Prime Minister Benjamin Netanyahu in a statement reacting to Wiesel's death called him a "beacon of light and an exemplar of humanity that believes in man's good."

"The state of Israel and the Jewish people bitterly mourn the death of Elie Wiesel," Netanyahu said.

"Elie, a master of words, expressed in his unique personality and fascinating books the victory of human spirit over cruelty and evil.

"In the darkness of the Holocaust, in which six million of our brothers and sisters perished, Elie Wiesel was a beacon of light and an exemplar of humanity that believes in man's good."

Wiesel, a Romanian-born US citizen, was perhaps best known for his memoir "Night" detailing his experiences in the Auschwitz concentration camp.

He won the Nobel peace prize in 1986, described as having "made it his life's work to bear witness to the genocide committed by the Nazis during World War II."

He was called at the time "the world's leading spokesman on the Holocaust."

While Wiesel's focus was the Holocaust and the plight of the Jewish people, he was also a rights activist on various other subjects.

He had long served as a professor of Judaic studies and the humanities in the United States.

Soon after he won the Nobel prize, Wiesel and his wife Marion founded The Elie Wiesel Foundation for Humanity with a mission to "combat indifference, intolerance and injustice through international dialogue and youth-focused programs that promote acceptance, understanding and equality."

Wiesel travelled back to Auschwitz in 2006 with US talk show host Oprah Winfrey. He also accompanied US President Barack Obama and German Chancellor Angela Merkel on a tour of the Buchenwald camp.

In 2007 Wiesel was attacked by a Holocaust denier. Although he was not injured, Wiesel's attacker was arrested and sent to prison.

Throughout his life and career, Wiesel continued to speak out for victims of oppression all over the world.