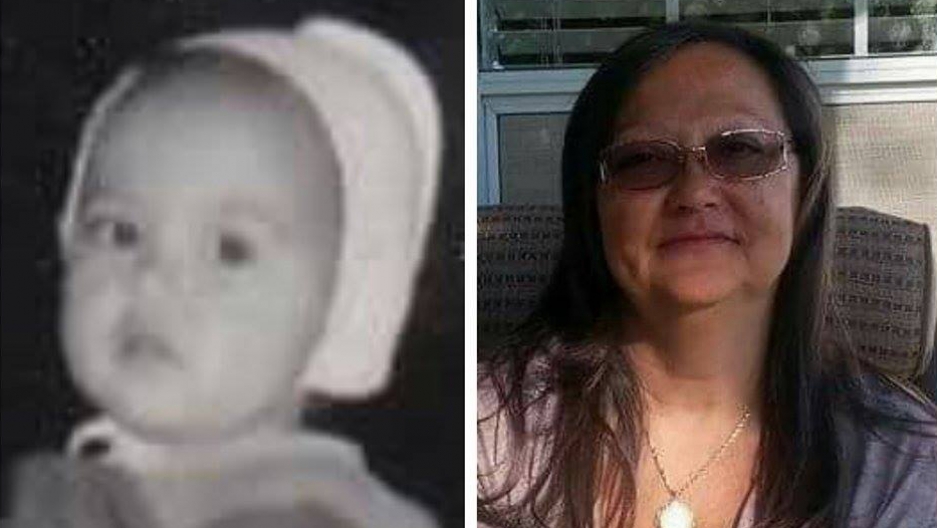 Ella Purkiss as a child when she was brought to Dallas as an international adoptee from South Korea. Now she's 62 and will take her oath for US citizenship.

In January, after 13 months in limbo, Ella Purkiss, was finally granted survivor benefits from her deceased husband. She says if it had taken even one month longer she would have been evicted from her trailer home in Pahrump, Nevada.

Next Friday, after 60 years of living in the US, she will finally be granted American citizenship.

Purkiss, 62, was adopted from South Korea in 1956 when she was two years old. She lived the first 60 years of her life thinking that she was an American citizen — because this is what her adoptive parents told her. She voted in elections, served on juries and worked as a licensed electrician and hairdresser. 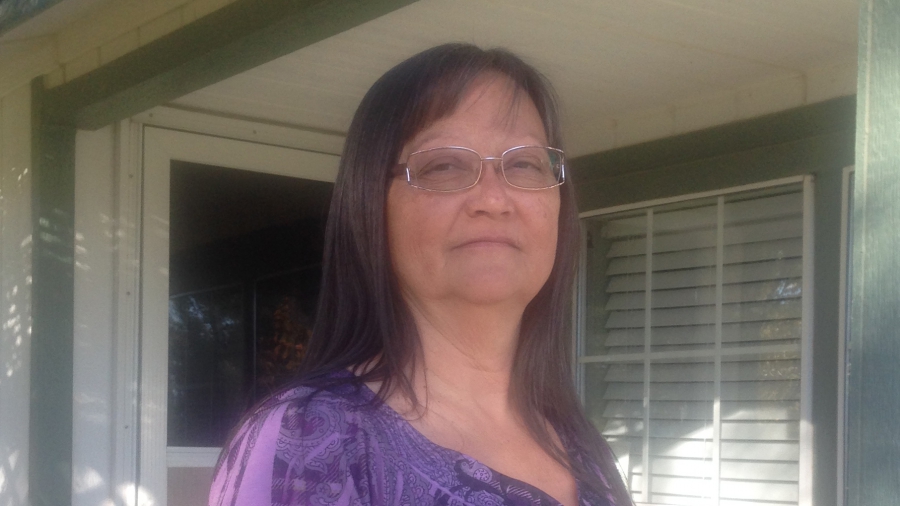 Ella Purkiss was adopted from South Korea by American parents. But her parents never had her naturalized as an American citizen — which she only discovered when her husband died.

So she was surprised when she learned, two months after her husband’s death in 2014, that she was ineligible for Social Security benefits because of her citizenship status. As she told PRI in December, her adoptive parents never properly filed the paperwork when they brought her over.

She cannot ask her parents what happened now because they are both deceased. It’s possible that they didn’t understand the process, or that they didn’t want to pay the associated fees, she speculates. Regardless of their reasoning, she was left in the dark.

Children adopted from abroad today will never have this problem. Since Congress passed the Child Citizenship Act in 2001, all international adoptees have been automatically granted US citizenship.

The law retroactively applied to all international adoptees who were under 18 at the time, but not Purkiss, who was older. Adoptee advocates estimate about 15,000 people were effectively left stateless.

Purkiss spoke to lawyers without luck. She tried working with immigration and Social Security officials on her own but found herself in a Kafkaesque cycle of referrals from one government agency to another, and then back to the first.

Facing the loss of her home or possible deportation to a country where she was also not a citizen, knew no one and did not speak the language, she refused to sit quietly. She spoke to the media and wrote emails to a slew of senators asking for help. She suspects that because of media pressure, US Sen. Dean Heller of Nevada helped get her application expedited. (Heller’s office was not immediately available for comment.)

She is nervous but excited to take her oath next Friday.

“I’m hoping I get there without freaking out,” she says with a southern drawl. “I feel like a baby in a sense, it’s like the beginning to a life that I thought I had been living, but that was all a lie.”

Not everyone feels free to be as bold with the press or legislators as Perkiss. Lisa, who works as a consultant for a Fortune 500 company in California and was adopted from Iran when she was two, is scared to make too much noise for fear of losing her job. She asked to be identified with a pseudonym, one that she's used for news reports before, in this story for the same reason.

“The first sit down with an attorney was pretty traumatic,” says Lisa. “She said, ‘If they wanted to, they could deport you to Iran.’”

“What would I do? I don’t speak the language, and I don’t have the correct religion. At that point I was scared, I didn’t know what to do.”

The lawyer suggested that she either get married to a US citizen or keep quiet. She chose the latter.

In November 2015, US Sen. Amy Klobuchar of Minnesota introduced legislation to close the loophole and grant citizenship to adoptees such as Perkiss and Lisa.

“Because of their lack of citizenship, adoptees have been refused admission to college and turned down for jobs,” Klobuchar wrote in a statement provided to PRI. “This constant threat to the life they know is unjust, and why I am working to garner more support for my bill from my colleagues on both sides of the aisle.”

The bill is sitting in committee. Emily Kessel, advocacy director at the National Korean American Service & Education Consortium, says many lawmakers are wary of working on anything related to immigration in an election year.

“I think there is a lot of confusion about what this bill is about and an automatic knee-jerk reaction against it,” Kessel says. “The population that is impacted are adults now. Maybe that’s why it’s not viewed as important. But we remind people that they were children [when they were adopted] and that all children become adults.”